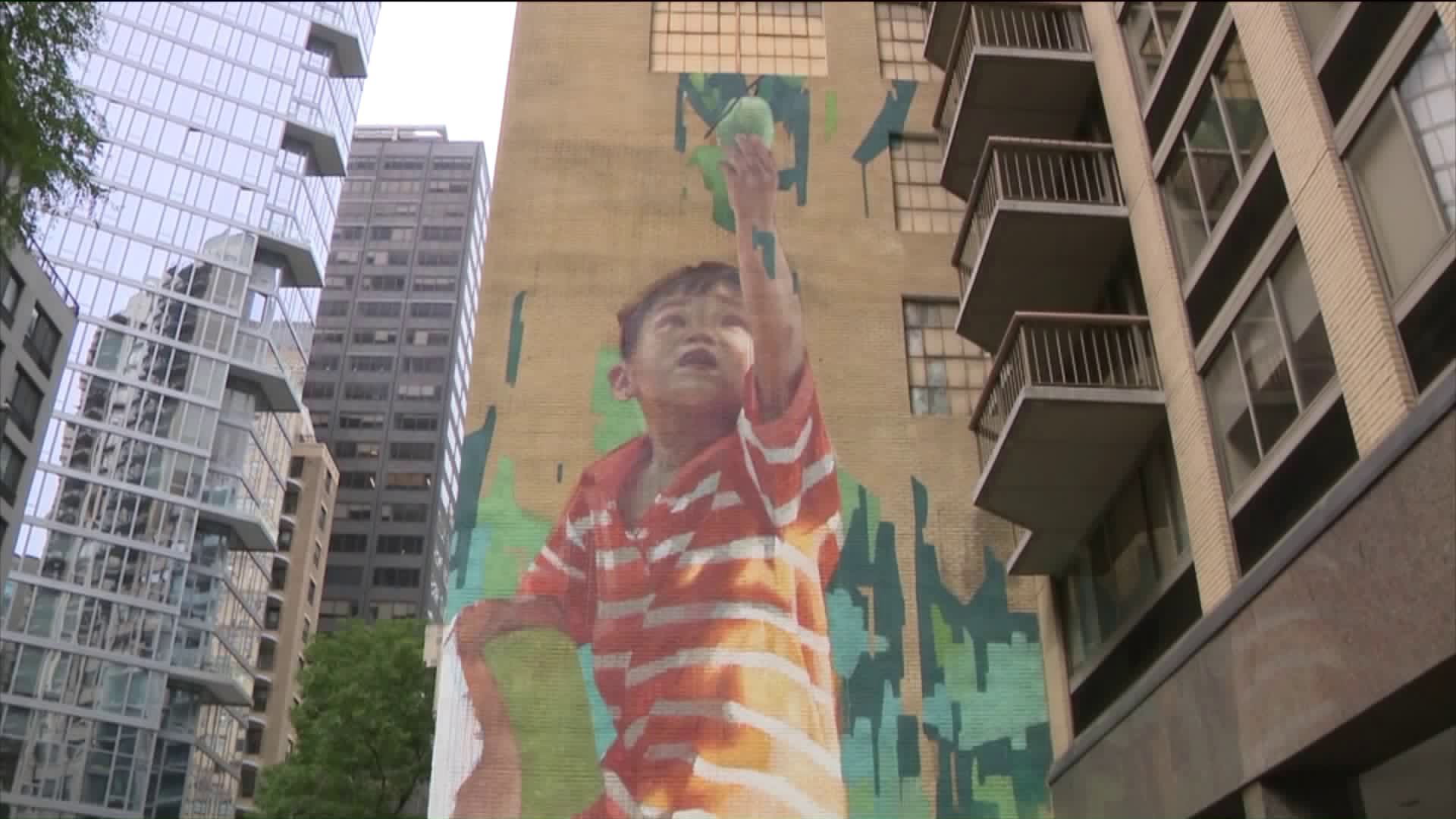 The United Nations honors its 75th anniversary by spreading a colorful message of what people around the world want most for the future. 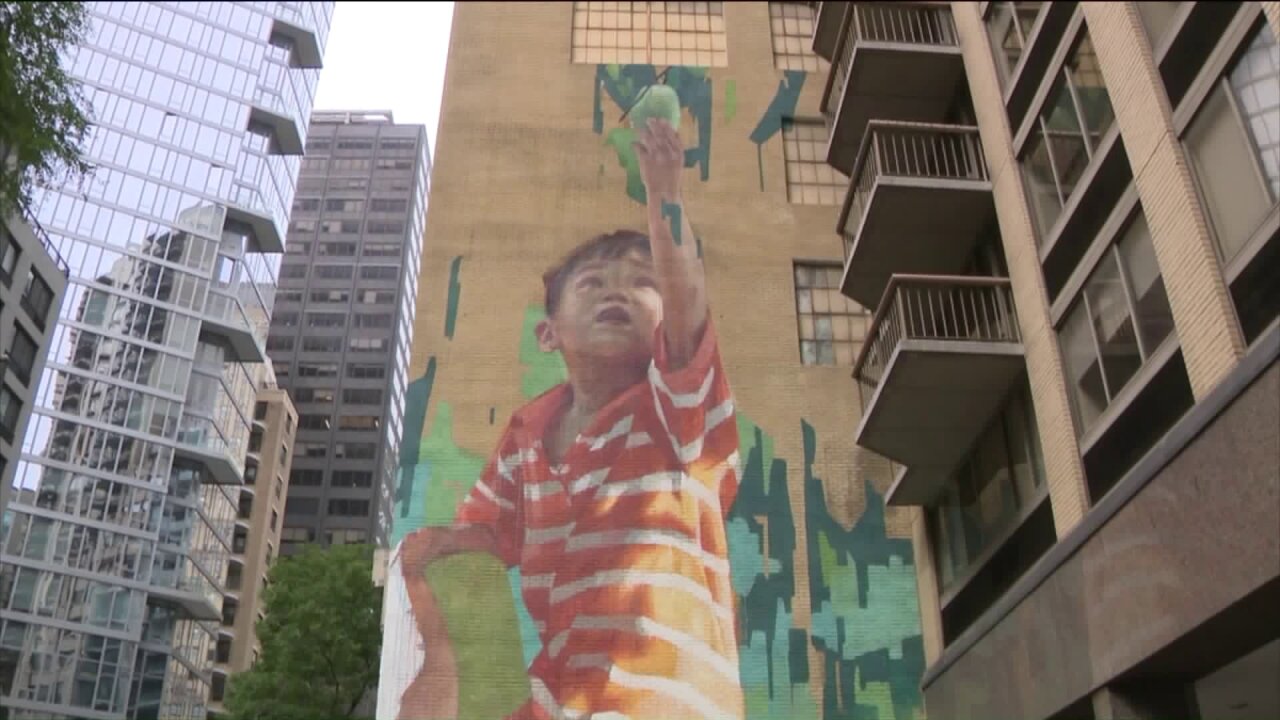 MIDTOWN, Manhattan — The United Nations honors its 75th anniversary by spreading a colorful message of what people around the world want most for the future.

Sprays of color collect on the surface of a massive Midtown mural, as passersby like Steven Phillips, are filled with hope. For 12 years, Phillips has been struggling to find the nourishment he needs to stay healthy.

Living on the streets, he sees this work in progress as a way to end his food insecurity.

“You must eat for nourishment to survive in this world,” said Phillips.

The 60 x 25 foot display makes a bold statement near the United Nations Headquarters.

In honor of the UN's 75th anniversary, diplomats teamed up with prominent street artists through "Street Art for Mankind" to address zero hunger on brick and mortar.

“We didn’t want to do something that would be sad or depressing, we want to be about the life we would have in 15 or 20 years from now when we get to zero hunger,” said SAM co-founder Audrey Decker.

According to a UN survey, over one million people across the world say access to basic services, including food, is a top priority for the future.

Emmanuel Jarus is the artist of the mural on East 44th Street.

He said art is a form of expression that’s equally as significant as any march or rally.

“Painting is just another way of getting a message across or even taking time away from one’s day to day to look at something objectively as art and take what they will away from it,” said Jarus.

Artists assigned to the project will curate murals around the world, depicting the UN survey’s top priorities for the future, including environmental protection, human rights and zero discrimination.