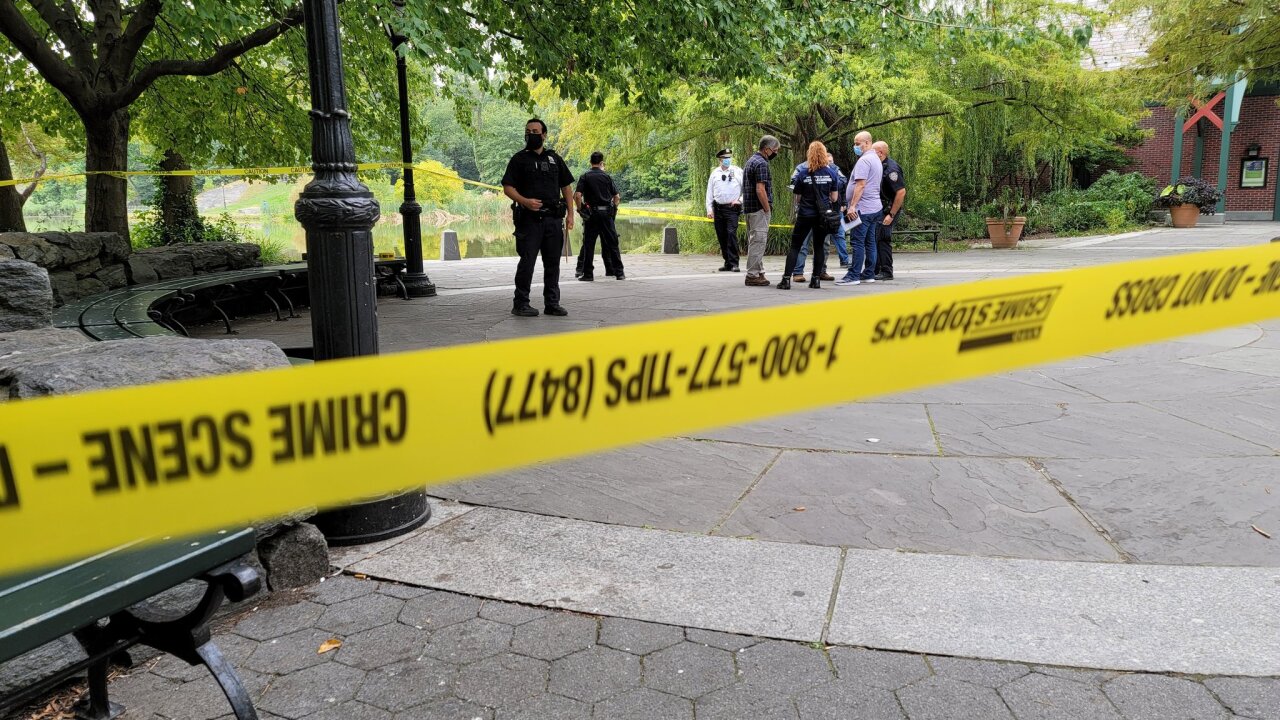 PIX11/Darren McQuade
Authorities are on scene after a man's body was found in Harlem Meer at Central Park.

MANHATTAN — A man’s body was found at a lake in Central Park Thursday morning, police said.

A person was fishing in the Harlem Meer, a lake at the northeast corner of Central Park, around 11 a.m. when they hooked onto the body and pulled it to the surface, according to the NYPD

The man, believed to be in his 30s, has not been identified. He was pronounced dead at the scene, police said.

Two other bodies were found in Central Park in recent weeks.

Police also found an unconscious and unresponsive man, 59, in the park near West 109th Street and West Drive on Sept. 18, officials said. He was pronounced deceased at the scene.