Manhattan jail known as 'The Tombs' to close by end of November: DOC 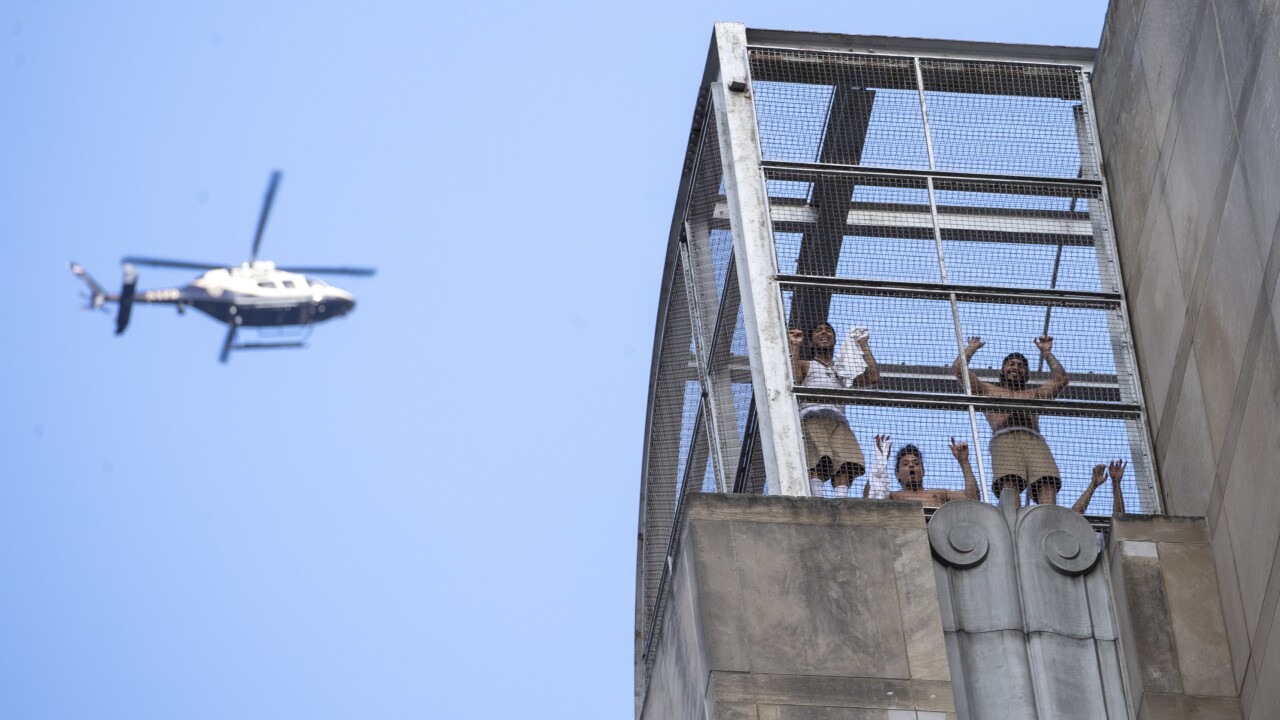 Mary Altaffer/AP
A helicopter flies over detainees at the Manhattan Detention Center as they cheer on protesters on Friday, May 29, 2020.

The Manhattan Detention Center, known as "The Tombs," and the Otis Bantum Correctional Center on Rikers Island will close permanently by the end of November, according to DOC spokesman Peter Thorne.

“This will help us consolidate operations in better facilities, reduce overtime, expand training and programs, and continue investing in enhancing safety,” Thorne said in a statement.

The closures are part of the city’s plan to permanently shutter Rikers Island and replace it with four “safer and more modern facilities” in Manhattan, Brooklyn, Queens and the Bronx, according to Thorne.

The DOC plans to rehouse the jails’ inmates, about 750 people combined, in other city facilities.

The agency does not expect the closures to result in more densely populated housing at its remaining jails.

The decline in the city’s jail population over the last few years, and even more so during the coronavirus pandemic, has left thousands of beds vacant, including entire housing units, according to the DOC.

Over the coming weeks, DOC staff at both facilities will be reassigned to different jails in the system.