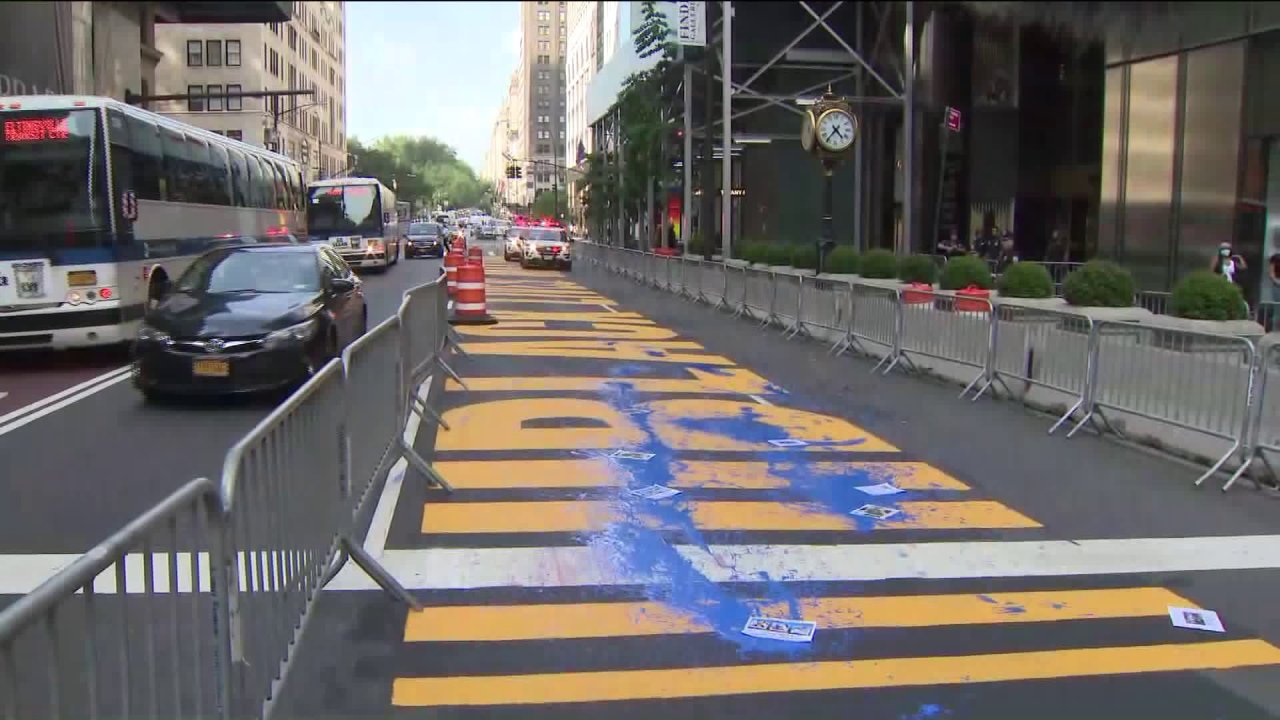 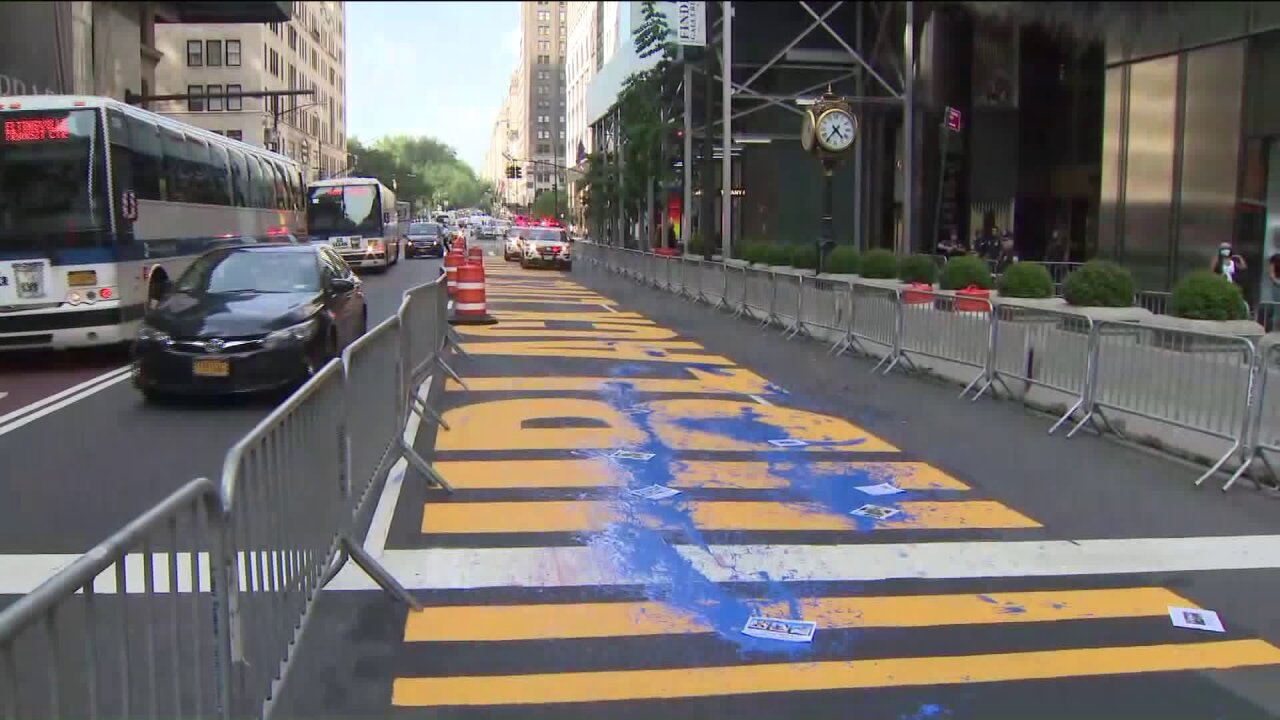 A police spokesperson told PIX11 three people were arrested and one person was issued summons.

Another woman, 64, was issued a criminal court summons for illegal posting of fliers.

On Tuesday, police released images of a man pouring red paint on the mural Monday afternoon.

The mural was repaired Monday evening.

"To whoever vandalized our mural on 5th Avenue: nice try," Mayor Bill de Blasio tweeted. "The #BlackLivesMatter movement is more than words, and it can’t be undone."

The mural was painted last week outside of the president's namesake building and former residence.

"Painting 'Black Lives Matter' outside his home is a message to him that in fact Black lives do matter, that Black people built New York City and they've never been compensated for all they did," the mayor had said.

Trump has slammed the mural, calling it a "symbol of hate" in a series of tweets earlier in July.