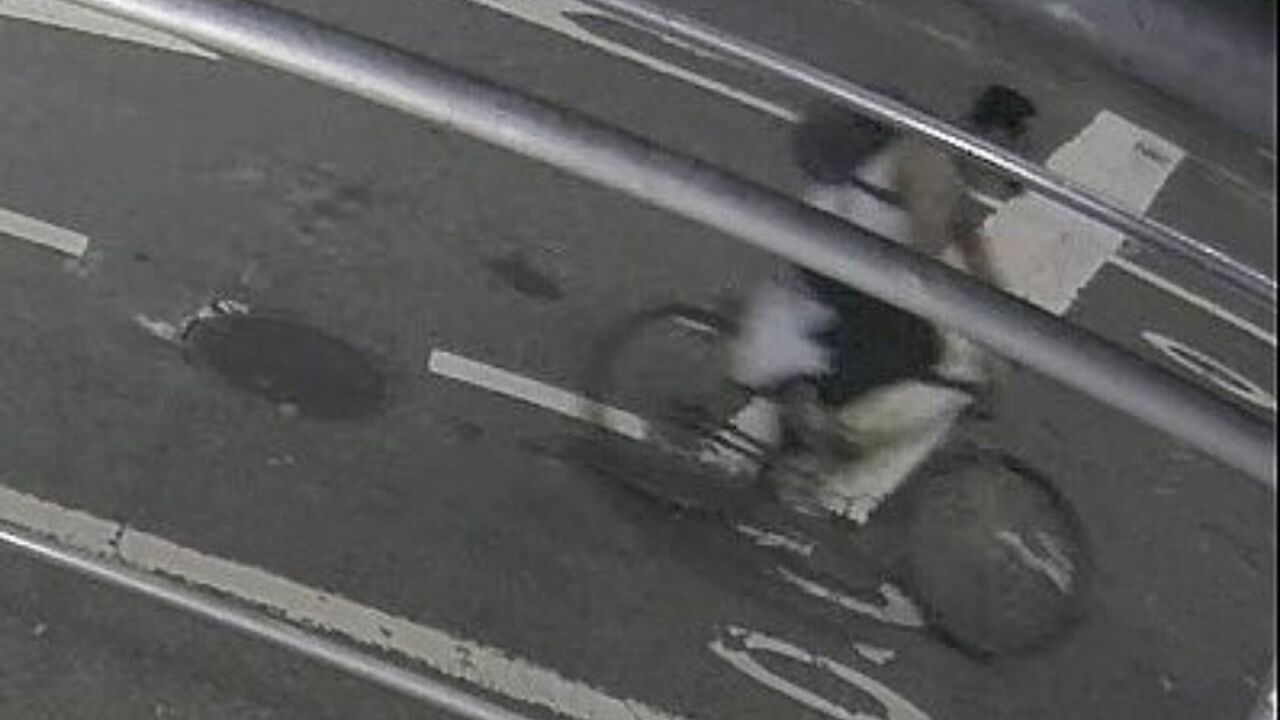 NYPD
Surveillance image of a man accused of assaulting a man and woman after yelling anti-Asian statements at the pair on a Manhattan street on Wednesday, Sept. 2, 2020, according to police.

FLATIRON DISTRICT, Manhattan — Police are looking for a man they say attacked a couple after hurling offensive remarks at them on a Manhattan street.

According to the NYPD, the man and woman were walking on Broadway, near East 19th Street in the Flatiron District, around 8:30 p.m. Wednesday when the unidentified man road up on a bicycle.

The man began yelling anti-Asian statements at the pair. "You are Chinese. God hates China!" and "China has the virus," he shouted, according to police.

Officials said he then assaulted the male victim, 29, with his bicycle and backpack, before fleeing on his bike in an unknown direction.

It was not clear if either of the two people sustained injuries in the confrontation.

The NYPD has released the above surveillance images of a man they're looking for, describing him as in his 30s, with shoulder-length braids, standing between 5 feet, 8 inches and 5 feet, 11 inches in height and weighing between 210 and 230 lbs. He was last seen wearing a white tank top and black pants.