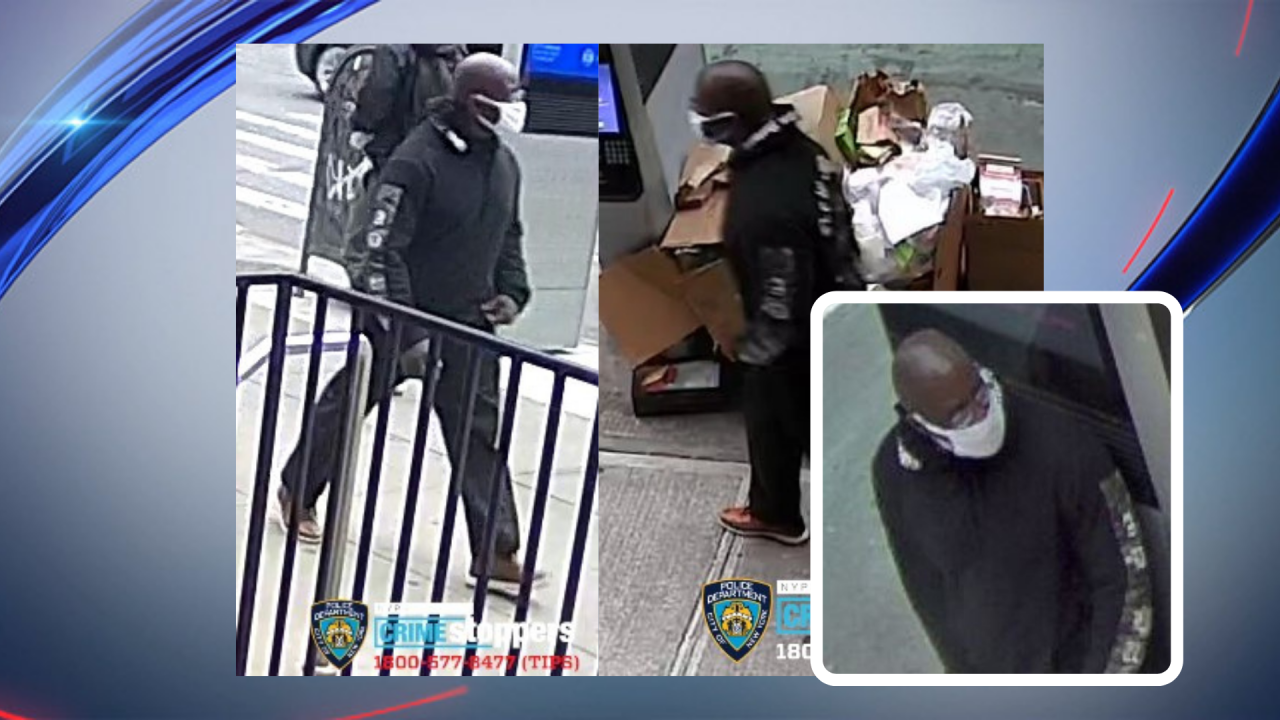 Police are searching for this man, wanted in connection with two incidents of forcible touching in Manhattan, officials said Tuesday, Nov. 10, 2020 (NYPD).

MANHATTAN — Police said Monday they're searching for a man wanted in connection with multiple acts of forcible touching in Manhattan.

The man, thought to be in his 40s, is accused of groping two women while exposing himself, police said.

The first incident was on Oct. 22 near St. Marks Place and Third Avenue, where a 25-year old woman was walking down the street when she was approached by the suspect, police said. The man groped the victim over her clothes and fled down Third Avenue.

Then, on Oct. 25, a 55-year-old female was groped near West 16th Street and Sixth Avenue, police said. The man fled on Sixth Avenue.

Neither victim reported injuries to police.