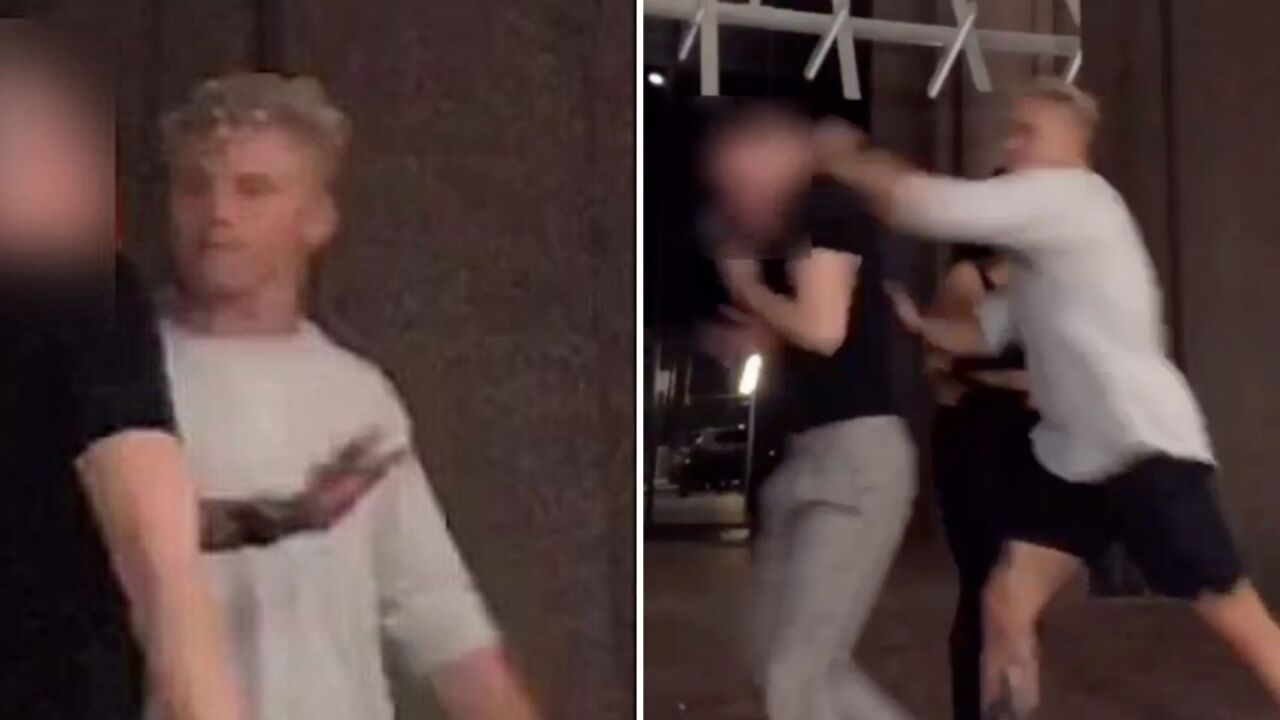 NYPD
Images of a man caught on video punching another man in the face and head after allegedly calling him an anti-gay slur in Lower Manhattan on Sept. 26, 2020, according to police.

LOWER MANHATTAN — The NYPD's hate crimes unit is investigating after a man hurled an anti-gay slur at another man before punching him multiple times on a Lower Manhattan street last weekend, police say.

The victim was filming a TikTok video with a friend last Saturday night around 11:30 p.m., in front of 85 Broad Street , when the attack occurred, authorities said.

According to the NYPD, as the two friends recorded, the unidentified attacker approached them, called the 24-year-old man an anti-gay slur and then punched him in the face and back of the head.

The NYPD released video from the attack:

Police said the victim suffered a laceration to his lip and a bloody nose.

The unknown man fled the scene on foot in an unknown direction.

The man police are looking for was described as having blond hair, standing between 5 feet 9 inches and 5 feet 10 inches tall, and weighing around 200 lbs. He was last seen wearing a white long-sleeved shirt, black shorts, and black sneakers.