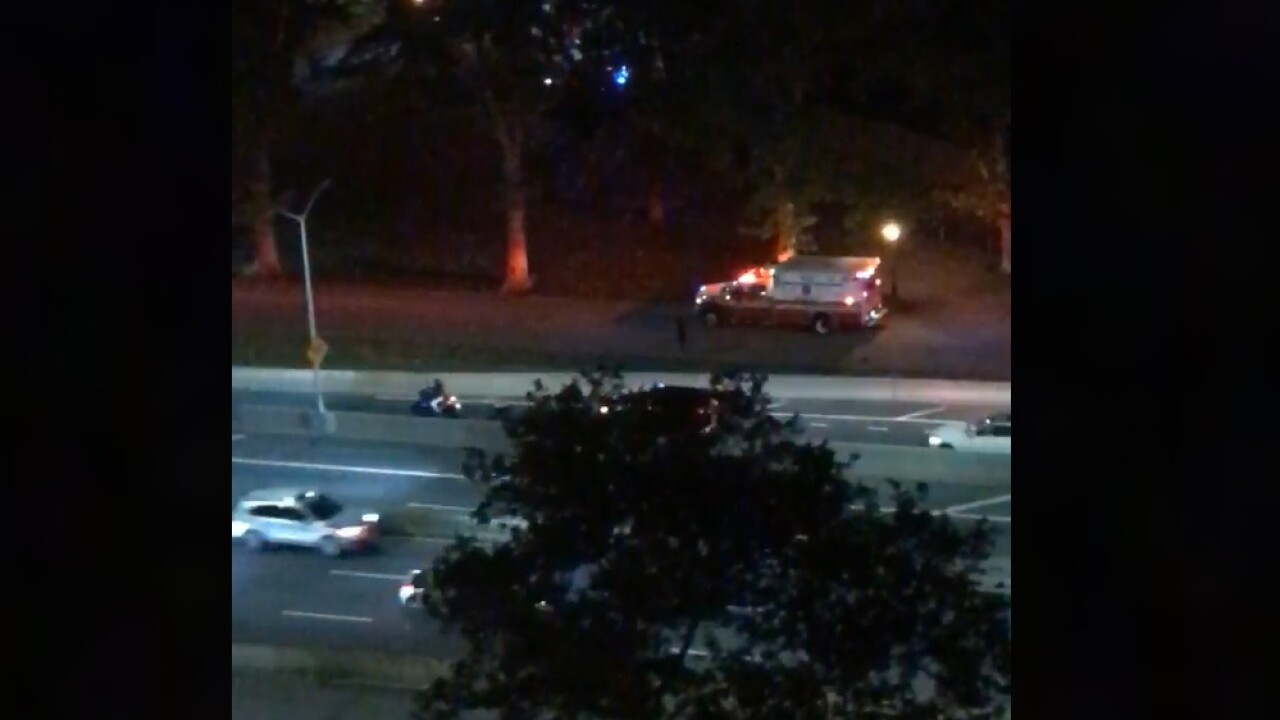 ALPHABET CITY, Manhattan — A man was rescued from the East River late Saturday night after a knife fight that left him and two other people injured, police said Sunday morning.

The fight broke out around 11 p.m. in East River Park, according to police.

Three men, all homeless, were involved in the fight, police said.

One man was stabbed in the stomach and jumped into the river to avoid being attacked further, according to the NYPD. First responders pulled him from the water.

All three men were taken to a hospital for treatment of stab and slash wounds, police said. They were arrested and charges were pending Sunday morning, police said.