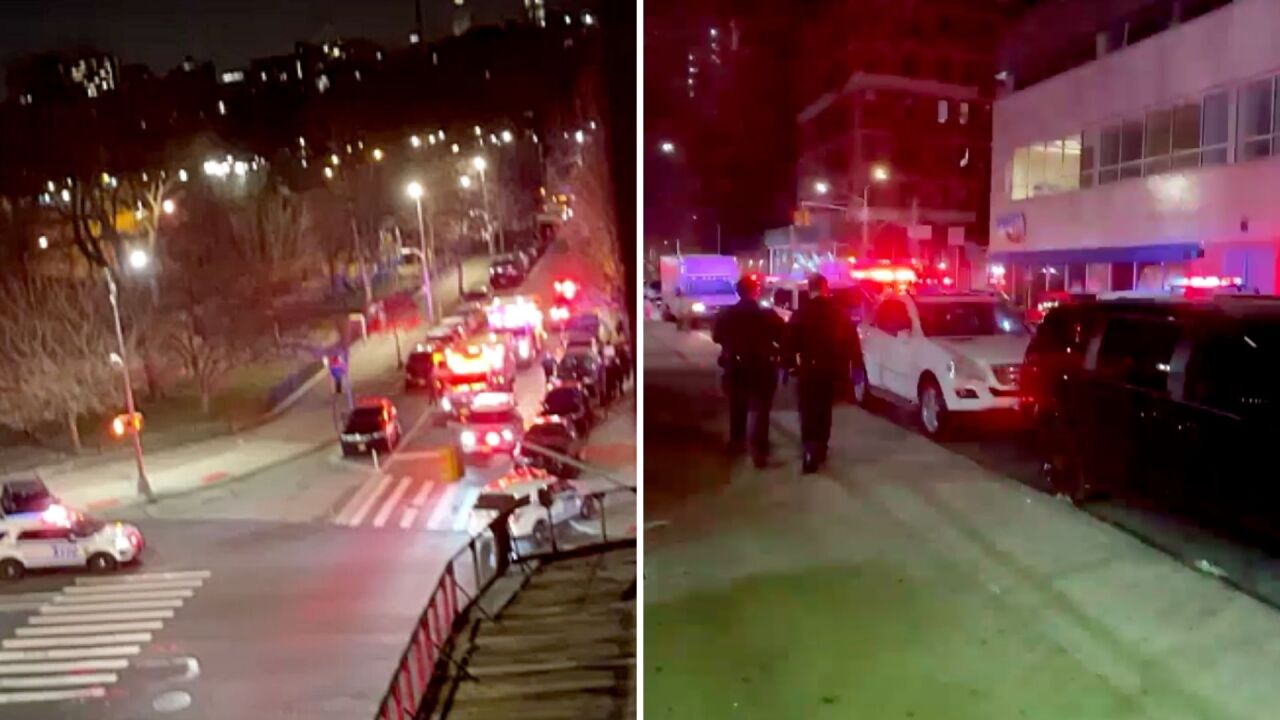 Citizen App
Police and EMS on the scene after a gunfight on East 126th Street in East Harlem left a 21-year-old man dead and a 19-year-old man wounded early Tuesday, Jan. 12, 2021, according to the NYPD.

EAST HARLEM, Manhattan — One man is dead and another hospitalized after the two engaged in an overnight gunfight on a Manhattan street, according to police.

The NYPD said officers responded just after 1 a.m. Tuesday to a call for a man shot on East 126th Street, between Park and Lexington avenues in East Harlem.

Police said a 21-year-old man was found with gunshot wounds to his left and right armpit areas.

EMS rushed him to a nearby hospital where he succumbed to his injuries and was pronounced dead, officials said.

Officials identified the victim as Tyquan Hardnett of Harlem.

Cops recovered a gun at the scene, according to the NYPD.

Less than 30 minutes later, police said another 911 call came in for a man shot, located a few blocks away on East 124th Street, at the corner of Madison Avenue.

Upon arrival, officers discovered a 19-year-old man with gunshot wounds to his groin and right shoulder, police said.

EMS responded and took him to an area hospital. Details of his condition were not immediately known Tuesday morning.

Authorities said the teen was considered to be in police custody at the hospital.

The NYPD said a preliminary investigation determined the two men were involved in a shootout with each other in front of the East 126th Street location.