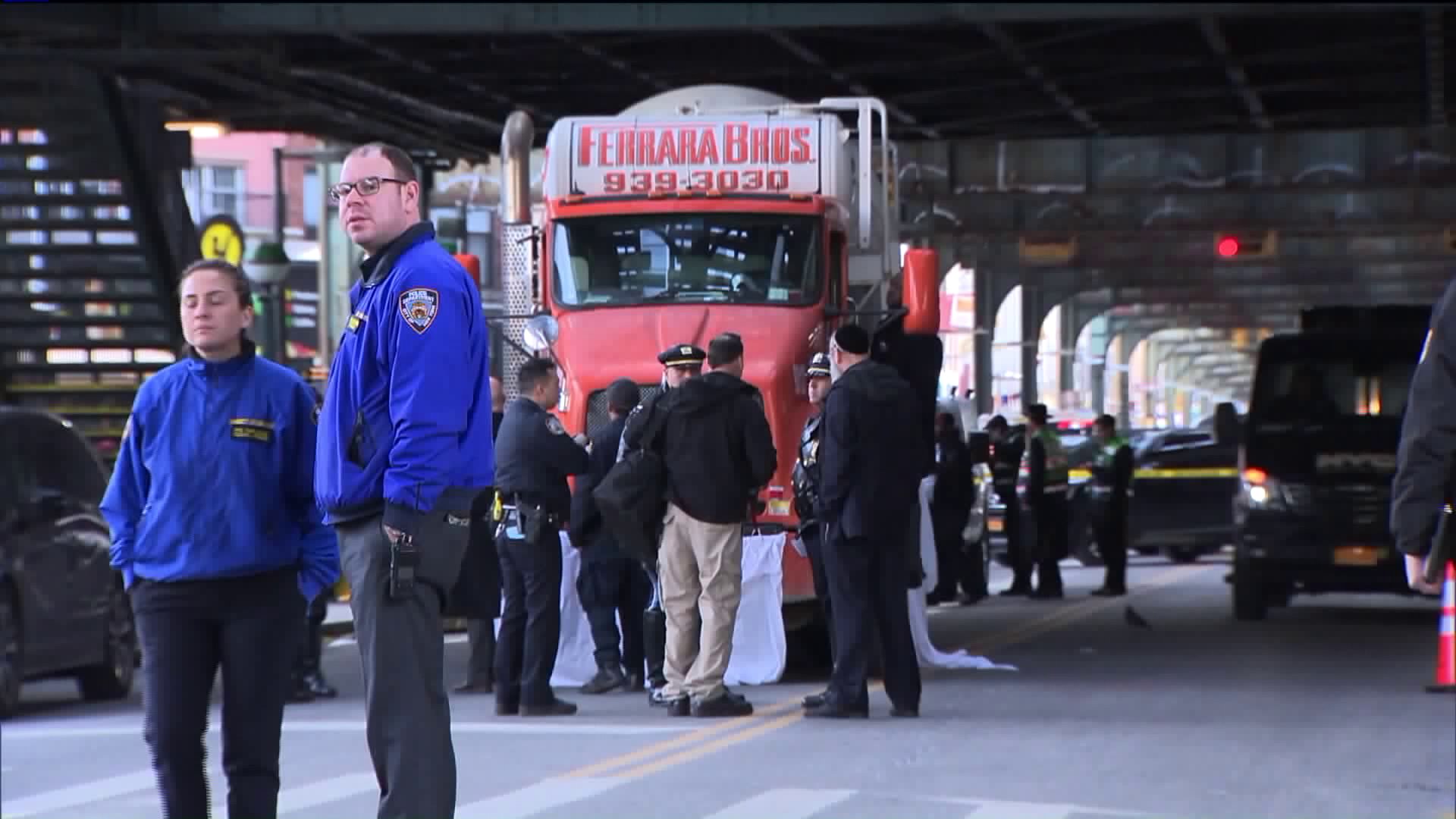 In one incident, a 10-year-old was struck and killed by a sanitation truck in Queens. 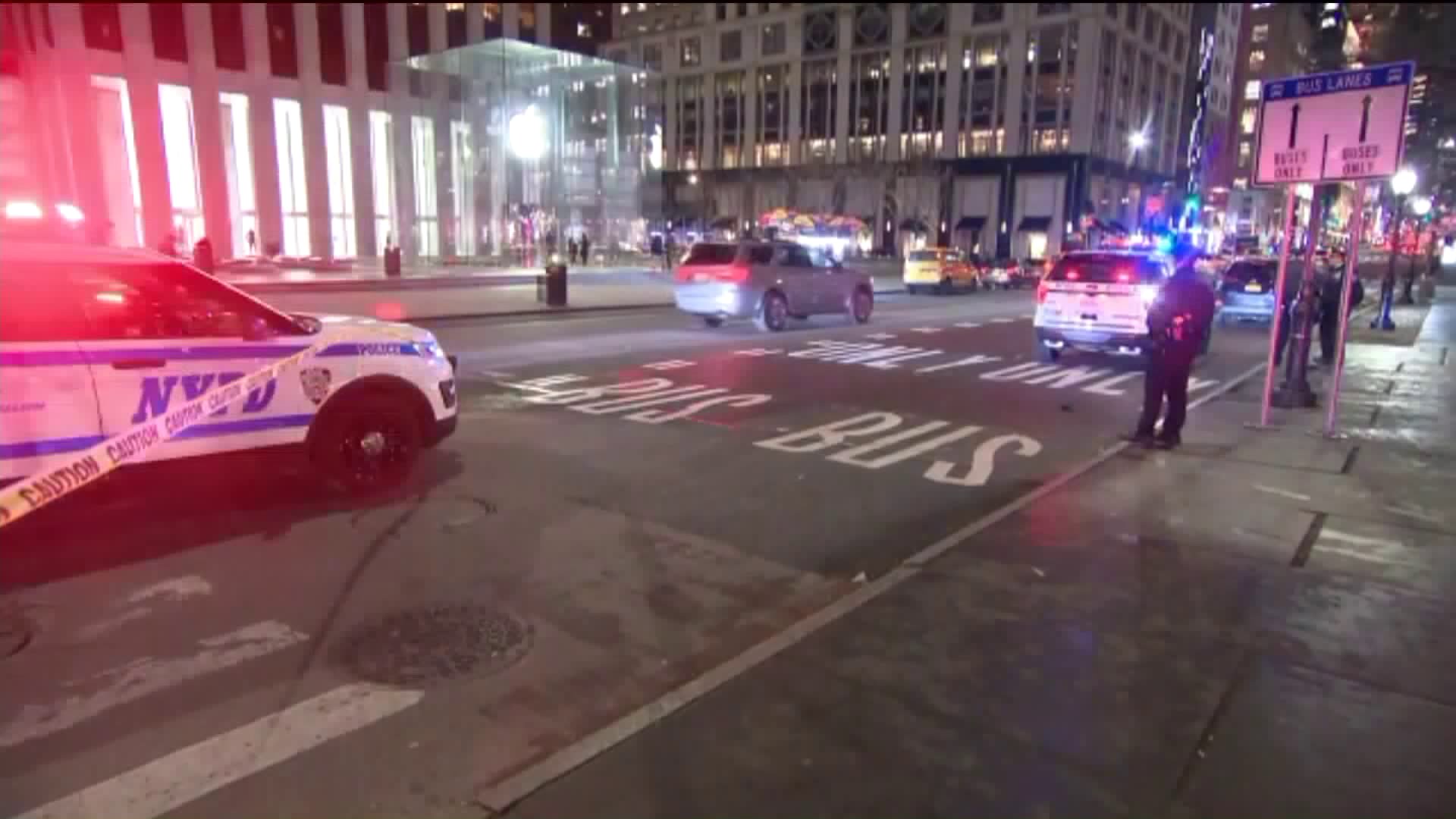 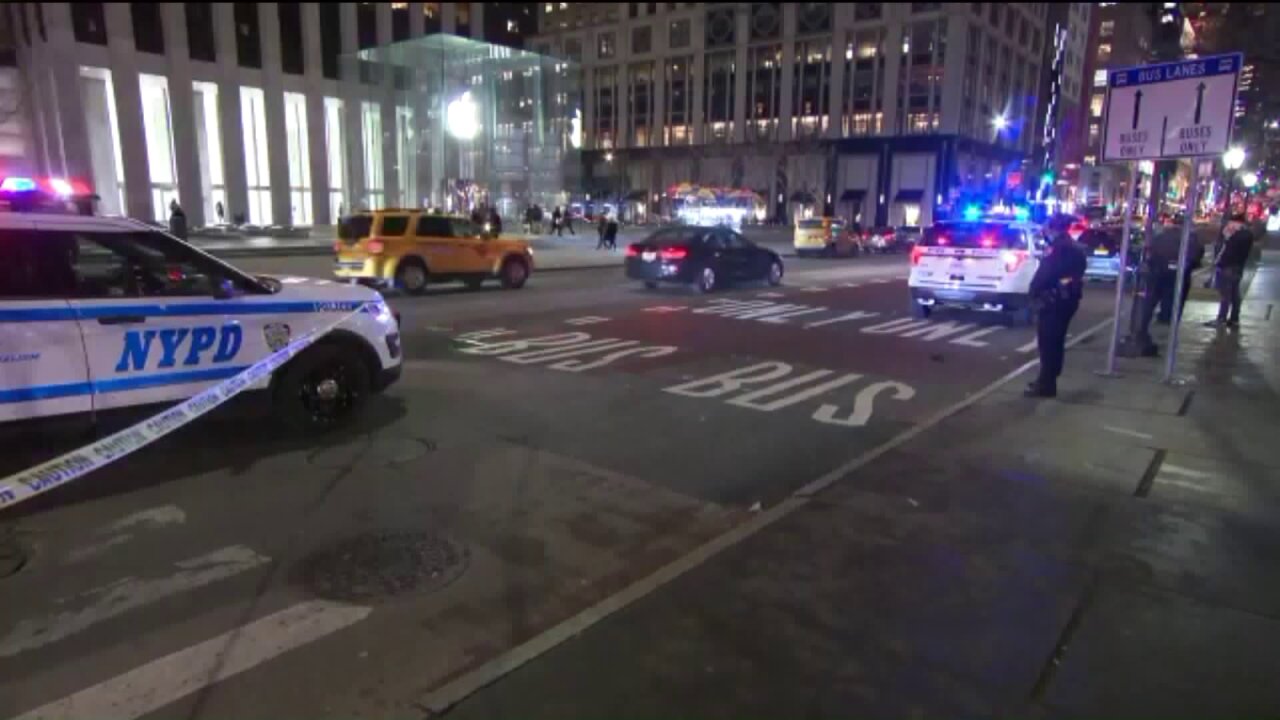 MIDTOWN, Manhattan — A man is fighting for his life after he was struck by what is believed to be an MTA bus in Manhattan Tuesday night, police said.

The incident was reported just before 6 p.m., authorities said. The 51-year-old man was hit at the intersection of 59th Street and Fifth Avenue by a bus traveling south on the avenue, officials said.

The bus fled the scene. Police believe it was an MTA bus but could not confirm as of early Wednesday. It's unknown if the bus driver was aware he struck someone or if it was truly a hit-and-run.

Police are investigating and reviewing video at this time, the NYPD said.

The man became the fourth pedestrian struck in New York City in about 24 hours. Earlier Tuesday, a 10-year-old was struck and killed by a sanitation truck in Queens along with his mother who was injured; while another pedestrian was killed after being hit by a truck in Borough Park.

Clarification: Police had initially reported that the man had died, however have since said he is not dead but is in critical condition after being struck.