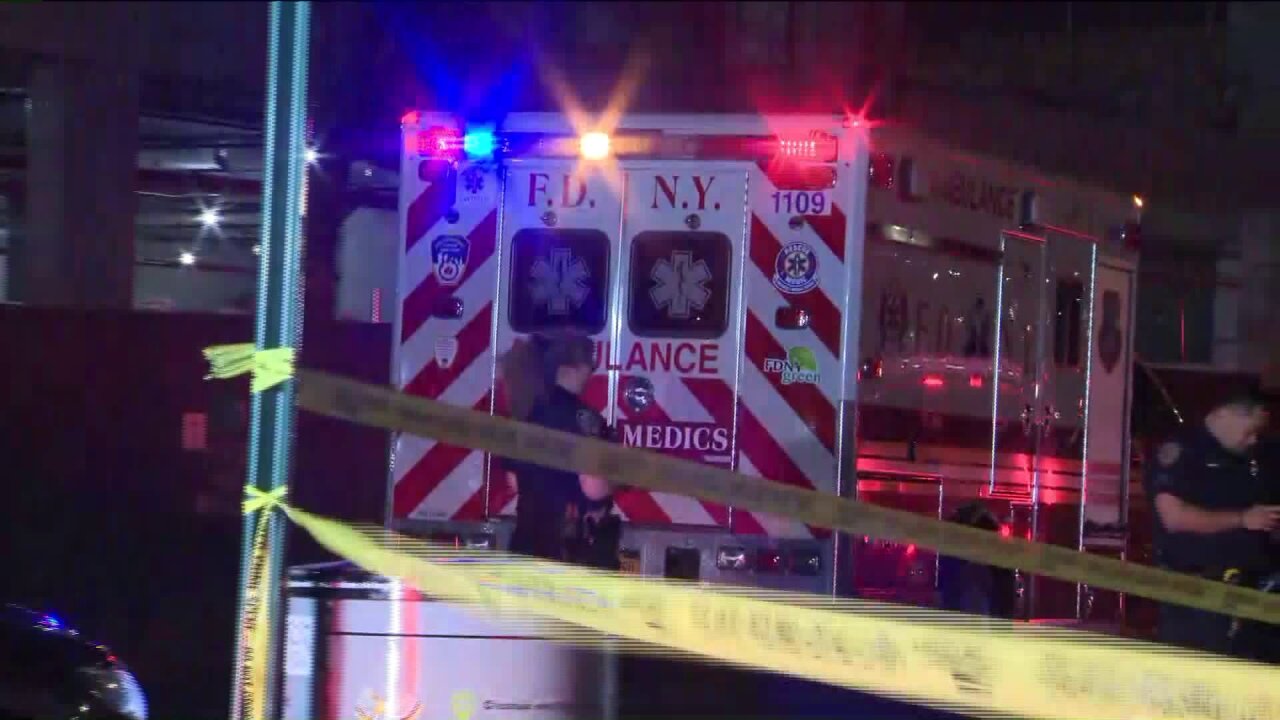 PIX11 News
Scene after a man was found with fatal gunshot wounds to the chest early Wednesday, May 20, 2020, according to police.

EAST HARLEM, Manhattan — Police are investigating after a man was found fatally shot lying in the street early Wednesday in East Harlem, according to the NYPD.

Authorities said cops responding to a 911 call for a shooting discovered the man around 2:30 a.m. on East 125th Street, near Third Avenue, with a bullet wound to the chest.

EMS responded and rushed the 32-year-old man to a local hospital, where he was pronounced dead.

No arrests have been made but the investigation remains ongoing, police said.