Man arrested in robbery that may have prompted death of 72-year-old street vendor: NYPD 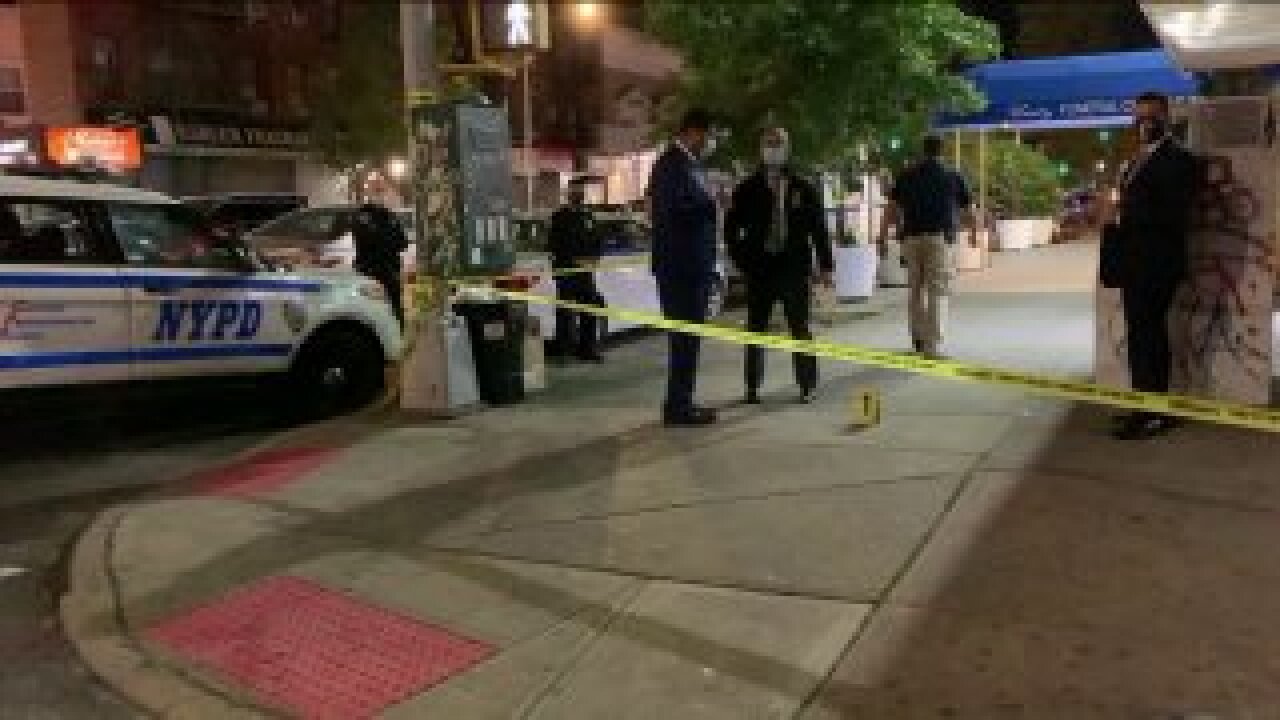 Police mark off the scene where a 72-year-old street vendor was found unconscious and unresponsive after an alleged robbery.

HARLEM, Manhattan — Police arrested a man Thursday accused of robbing a Harlem street vendor in the moments before his death, the NYPD said.

Quanell Jackson, 40, was arrested by police and charged with robbery Thursday, but did not immediately face any charges directly related to an alleged assault on the victim, or his death.

William Welcome, 72, died Tuesday after he was shoved to the ground outside of a Harlem deli. He was working at his cart at West 126th Street and Frederick Douglass Boulevard when he got into a dispute with a suspected thief.

According to police, it is believed the confrontation started when the an individual took something from the cart.

Amid the dispute, the alleged thief shoved the vendor to the ground, authorities said.

The victim got up and walked back to his cart, but apparently suffered a possible cardiac episode soon after, police said.

When police arrived, he was unconscious on the sidewalk and was later pronounced dead at a local hospital.