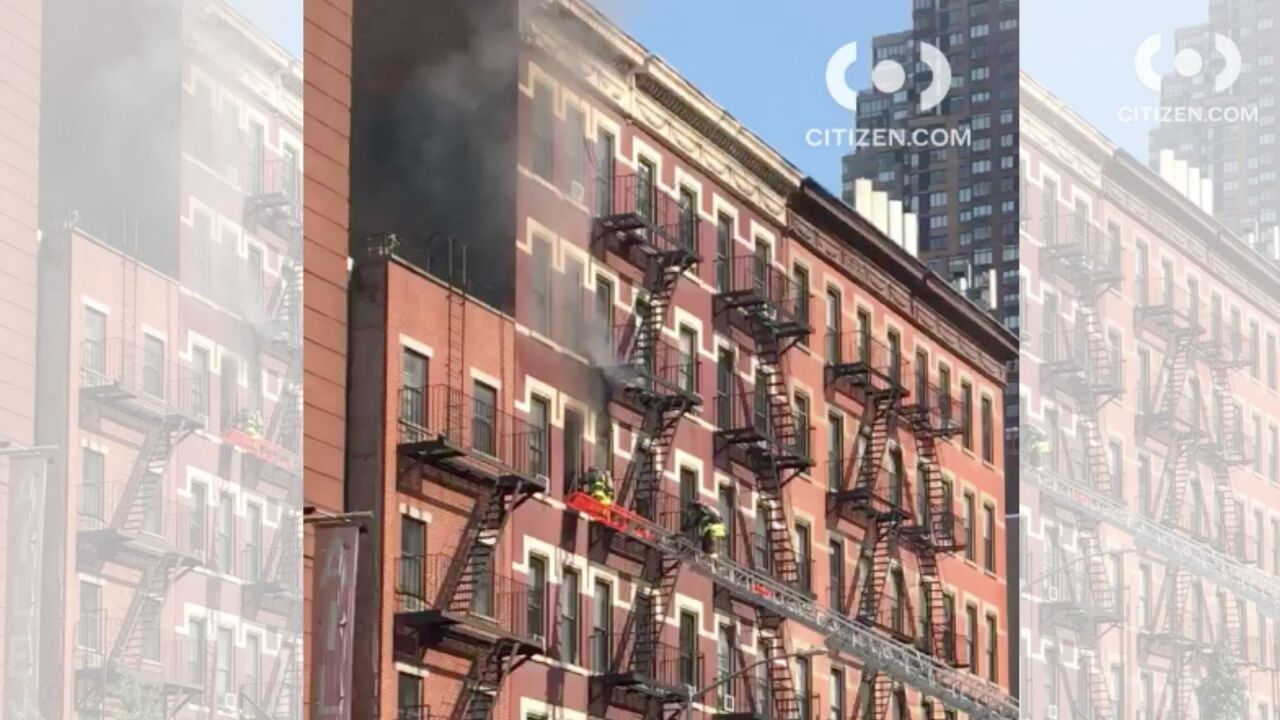 Citizen App
Two people, including a firefighter, were injured when a fire broke out at a Manhattan apartment building, authorities said.

HELL'S KITCHEN, Manhattan — A man was arrested in connection to a Manhattan apartment fire that killed one person earlier this month, police said Wednesday.

Authorities responded to a fire at an apartment along Ninth Avenue and West 56 Street in Hell’s Kitchen on Sept. 4.

After the blaze was extinguished, authorities found Michael Hannant, 37, unconscious and unresponsive inside an apartment unit, police said.

He was taken to the hospital where he was pronounced dead five days later, according to authorities.

The incident was deemed a homicide, police said.

A firefighter also suffered a minor injury while putting out the fire, according to authorities.

Sadam Assana, 28, was taken into custody shortly after the fire started, police said. He faces charges of arson and attempted arson, police said.