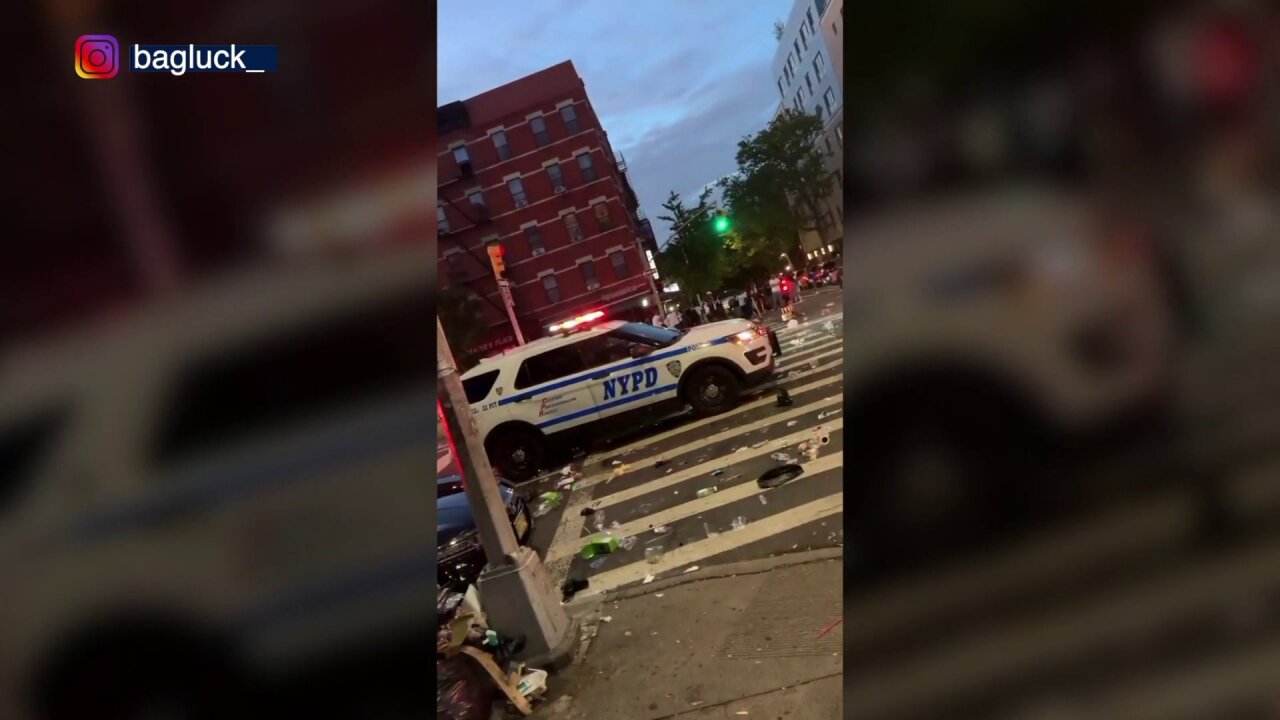 A group of people tossed glass bottles at police and NYPD vehicles that were in Harlem responding to reports of shots fired early Sunday, officials said. (Instagram/Bagluck_)

HARLEM, Manhattan — One person has been arrested on rioting charges after a video showed a group tossing glass bottles at police and NYPD vehicles in Harlem on Sunday, the NYPD said.

According to authorities, Darryl Henderson of Queens has been arrested and now faces charges including rioting, inciting a riot, reckless endangerment, attempted assault, criminal mischief and unlawful assembly.

Police noted that Henderson is not a man seen in earlier video released from the incident by the NYPD.

According to officials, the officers were originally in Harlem responding to reports of shots fired.

There were about 500 people were out on Seventh Avenue, near West 133rd Street, when police arrived to the area around 3:45 a.m., an NYPD spokeswoman said. Officers found several shell casings and two bullets in the area.

People in the crowd began throwing bottles at police when officers tried to disperse the crowd, officials said. When more officers arrived, the crowd threw more bottles and debris.

It wasn't until around 6:20 a.m. that the crowd dispersed.