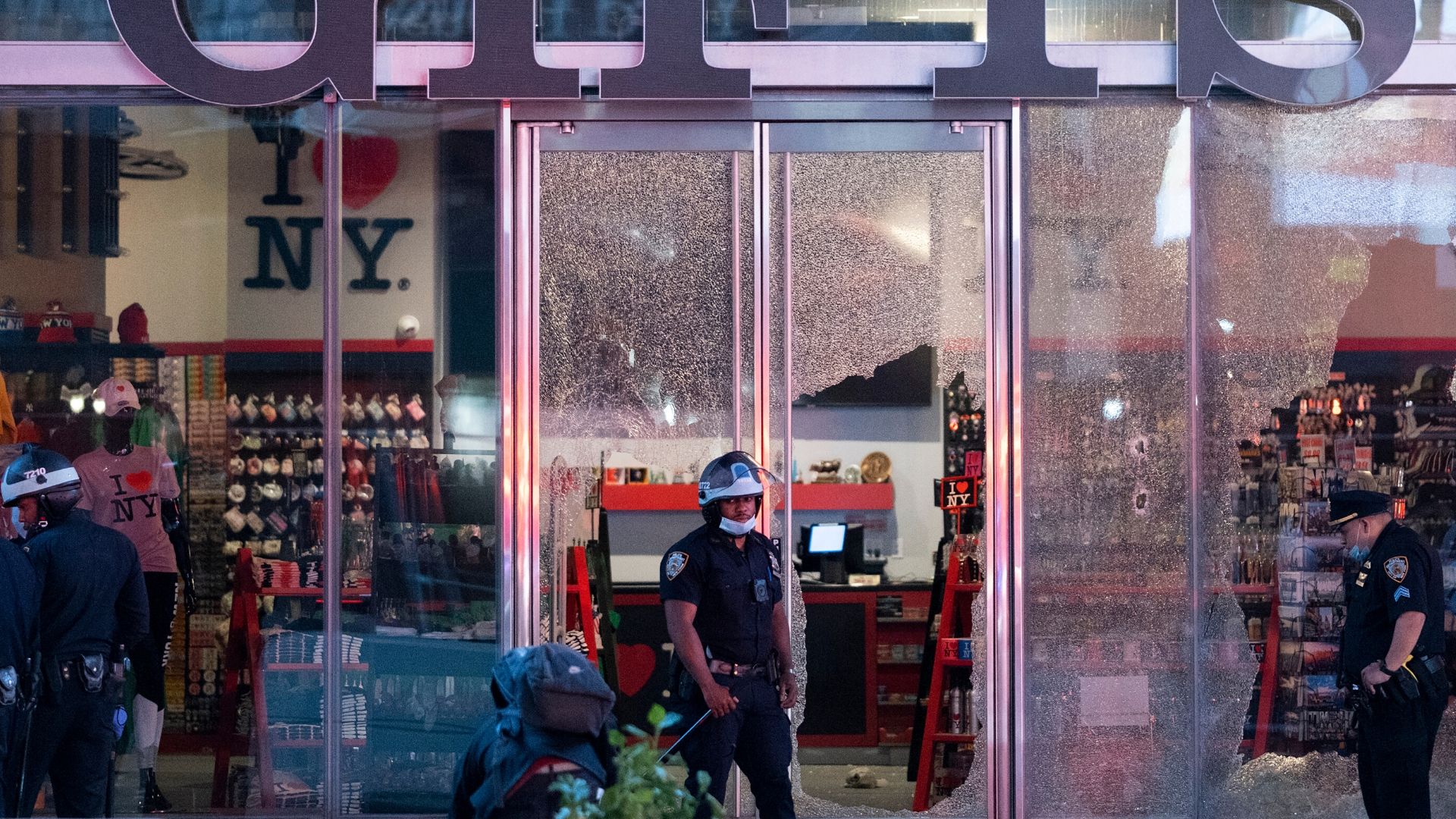 Despite Monday night's curfew, New York City's fifth night of unrest brought the most widespread vandalism and looting, once again coming after a day of predominantly peaceful protests. Police were posted on nearly every other block in Manhattan but it wasn't enough to deter looting from Midtown to Lower Manhattan.

MANHATTAN — Despite New York City's new late-night curfew Monday, it was another night of mayhem in Manhattan and across the boroughs.

The city's fifth night of unrest brought the most widespread vandalism, looting, fires and destruction – again coming after a day of predominantly peaceful protests.

With an 11 p.m. to 5 a.m. curfew, New York joined other cities around the country in imposing such measures after days of unrest. The limit on a city of more than 8 million people comes after months of restrictions already imposed because of the coronavirus pandemic.

Big crowds rallied in Times Square and Brooklyn on Monday afternoon and marched through the streets for several hours. As in previous days, the demonstrations held in daylight were peaceful, with officers mostly keeping their distance from marchers.

And then, as they did a day earlier, problems began in the early evening. People rushed into a Nike store in Manhattan and carried out armloads of clothing. Near Rockefeller Center, storefront windows were smashed and multiple people were arrested.

Organized looters hit nearly every type of store you could think of, from high-end retailers and big department stores like Macy's and Bloomingdales, to drug stores and even banks.

Police were posted on nearly every other block in Manhattan but it wasn't enough to deter looting from Midtown to Lower Manhattan.

About 800 people were arrested amid the chaos overnight, police said late Tuesday morning.

Enough mayhem happened before the curfew took effect that Mayor Bill de Blasio tweeted that it would move up to 8 p.m. Tuesday.