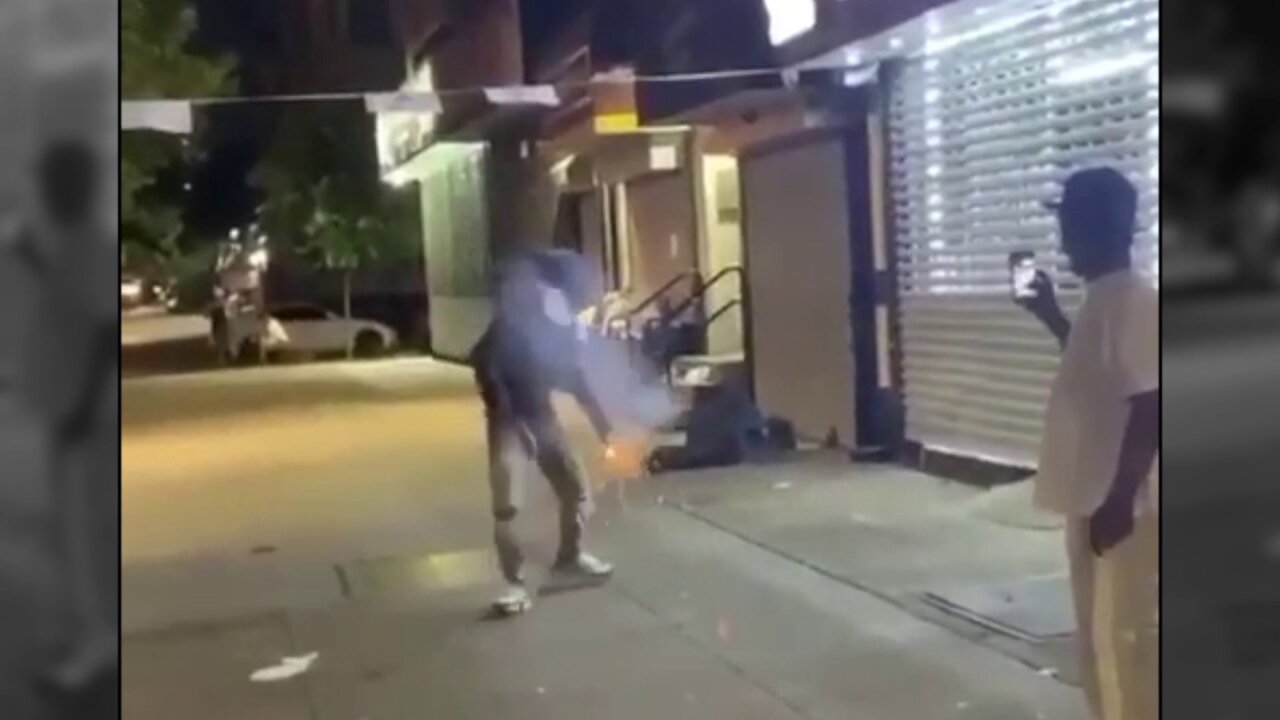 Video posted to social media shows a man being hit with fireworks on a Harlem sidewalk.

HARLEM, Manhattan — A man sleeping on a Harlem street was hit with fireworks, suffering burns, police said Monday after video of the incident circulated on social media.

Video shows someone light and throw a firework at the man, who appears to be homeless. The firework explodes as it hits him.

Another person can be seen in the video filming the incident.

An NYPD spokesperson said they received a call at around 4 a.m. Monday near 62 Lenox Ave. (Malcolm X Boulevard) in Harlem.

Officers found the man, 66, suffering from minor burns. He was taken to a hospital and was said to be stable.

Detectives have since become aware of the social media video and are using it to help identify the suspect.

New York City — and other parts of the state — are experiencing a surge in firework activity and complaints. There were 1,737 calls about them recorded with 311 in the first half of June, which is more than 80 times the amount in the same time period last year when there were just 21 complaints through June 15.

Mayor Bill de Blasio is expected to announce a crackdown on illegal firework suppliers on Tuesday.