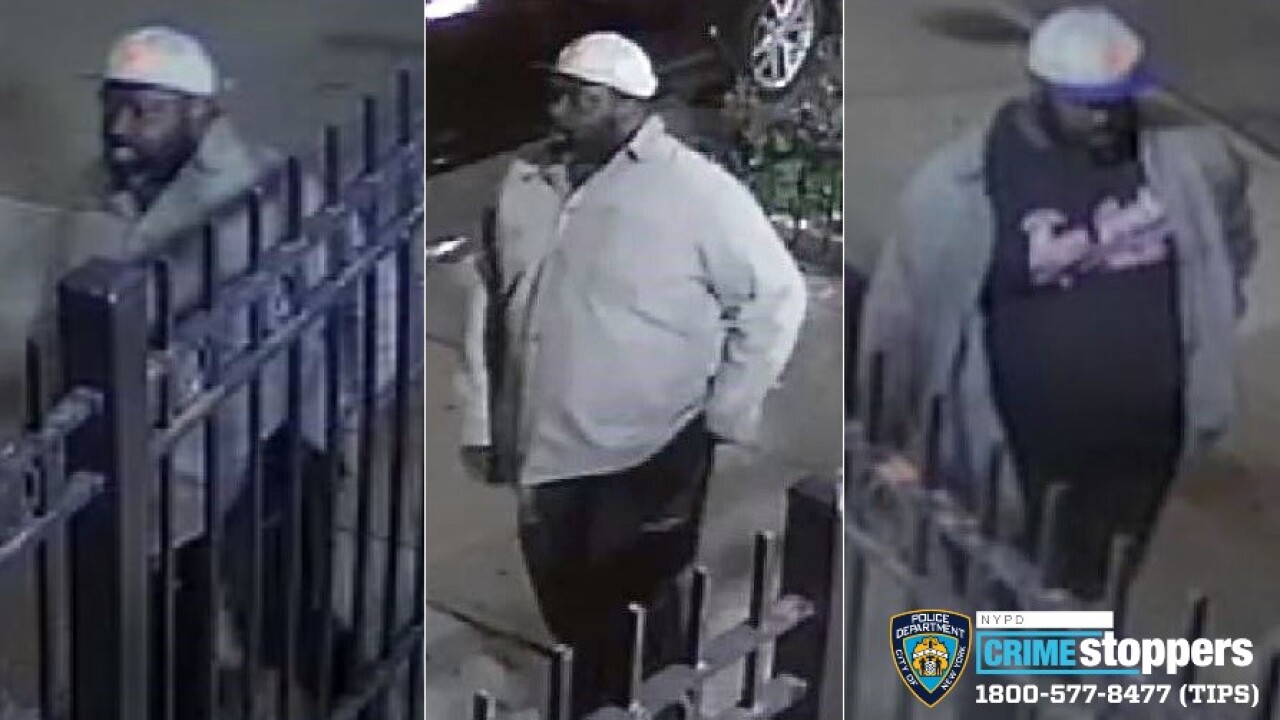 NYPD
Police released images of a suspect sought in connection to the death of a homeless man who died after being punched in the face in Harlem on June 14.

HARLEM, Manhattan — A homeless man died after he was punched in the face on a Harlem sidewalk earlier this month, police said.

It happened on June 14 just before 12:30 a.m. in the vicinity of West 135 Street and Amsterdam Avenue, authorities said.

The suspect punched 37-year-old Julius Cabrera in the face, causing him to fall and strike his head on the pavement, according to police.

Cabrera lost consciousness and was taken to the hospital where he was subsequently pronounced dead, authorities said.

Police released images of the suspect, described as a heavy-set male who was last seen wearing a blue and gray baseball cap, a light-colored long-sleeved shirt and black pants.

It was not immediately known if the two men knew each other or the motive of the incident.