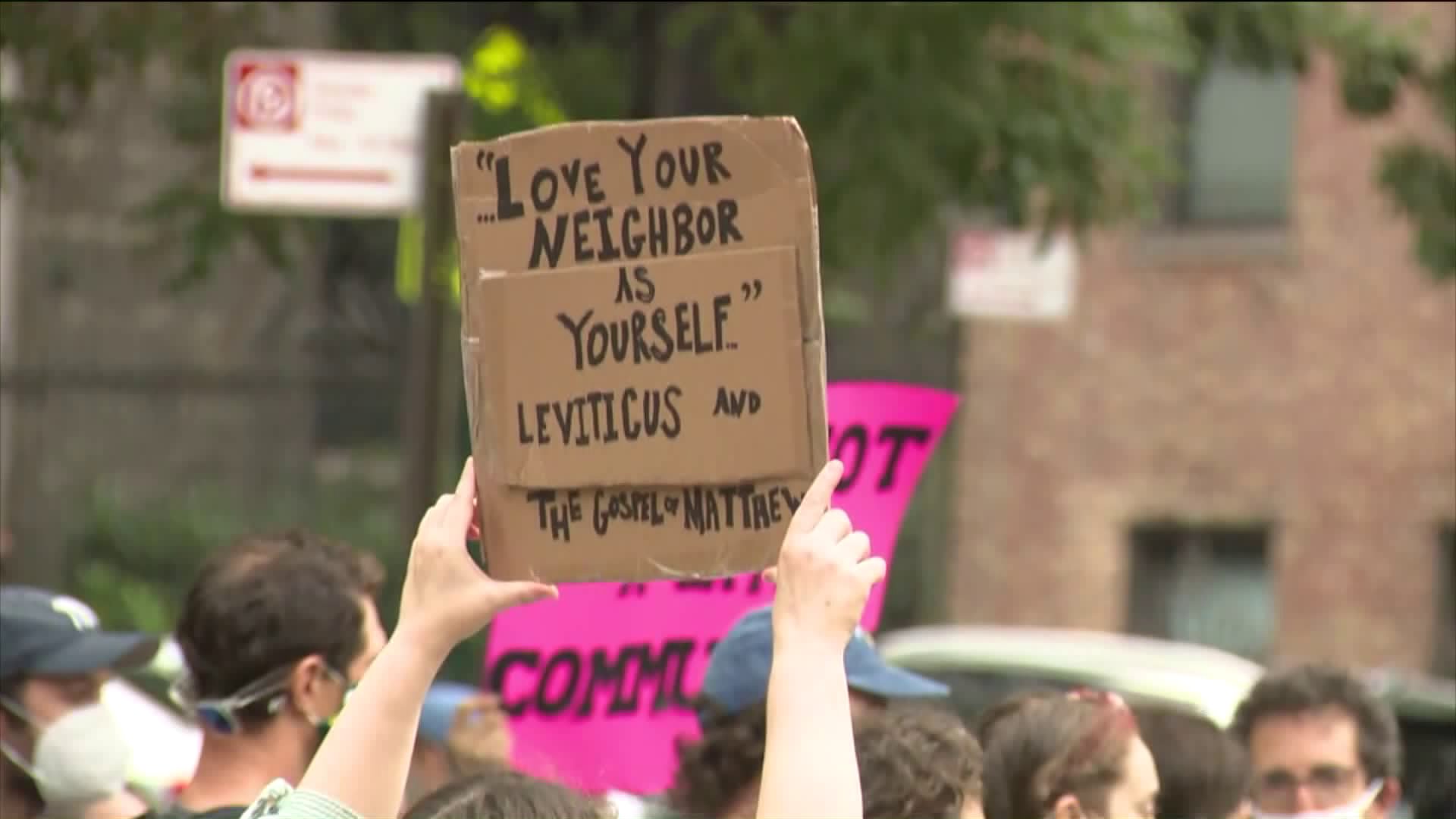 Dozens of homeless advocates and elected officials called on the mayor to reverse his decision to move homeless New Yorkers out of the Lucerne, an Upper West Side hotel. 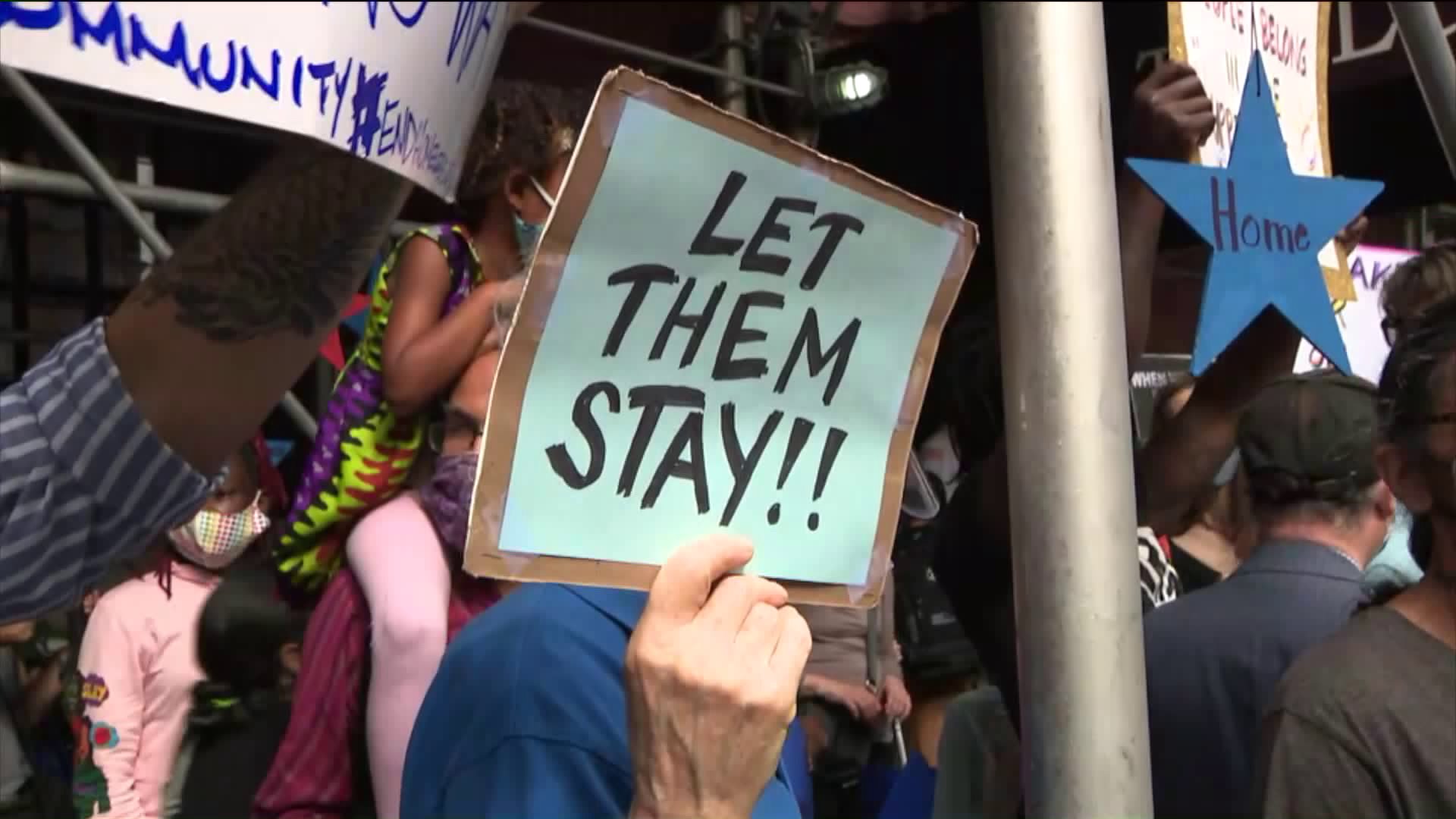 MANHATTAN — Tensions ran high in front of Gracie Mansion on Sunday as New Yorkers rallied in support of the homeless men being shuffled around the city.

Many homeless New Yorkers were moved into the Lucerne Hotel on the Upper West Side to keep shelter crowding down amid the ongoing coronavirus pandemic. After Upper West Side residents complained over quality of life concerns, the city decided to move the homeless men living in the hotel to Harmonia, a shelter just south of the Empire State Building.

Harmonia residents were told they'd be relocated to make way for the men displaced from the Lucerne. After the Legal Aid Society filed a lawsuit on their behalf, the Department of Homeless Services agreed to pause transferring any more homeless families out of the Harmonia shelter while the agency negotiated with Legal Aid Society lawyers.

Members of the Open Hearts Initiative rallied Sunday alongside elected officials in support of the homeless men.

Councilwoman Helen Rosenthal, who represents the Upper West Side, said the city officials making the decisions have been listening to people who "don't like to see poverty."

"The mayor's decision to move people out of the Lucerne had a ripple effect that no one could've expected," she said. "I think the mayor should reverse his decision."

"It’s our responsibility as a society to save those less fortunate than us during a pandemic," Assemblywoman Rosenthal said.

Sen. Benjamin said the city was not showing compassion.

But some Upper West Side residents, including Mike Cohen, said the situation at the Lucerne Hotel has caused a decline in the neighborhood.

"You see the phone booth on the corner? That's the new drug store on 79th Street," he said.

Shelter residents feel caught in the middle. They don't know where they'll end up next. Shelter resident Mario Charles said many of them don't want to be there.

"A lot of us are just trying, like I said, get on out feet and move on," Charles said.