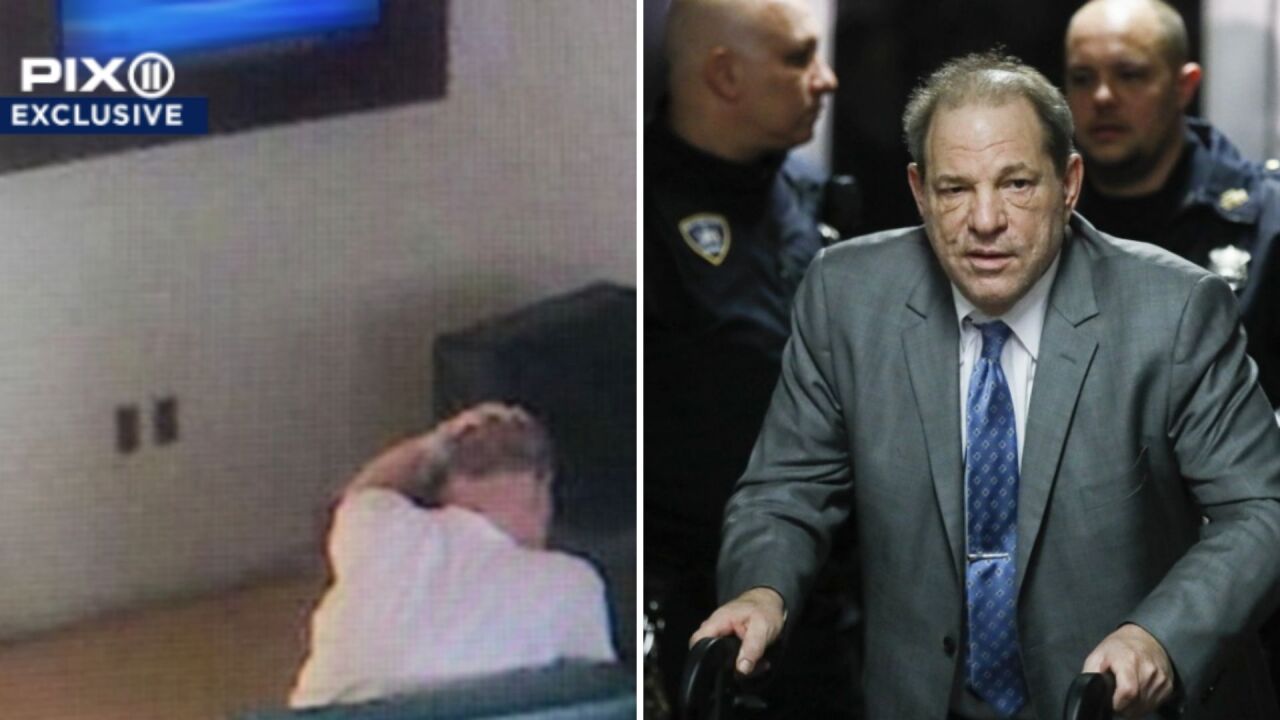 Harvey Weinstein is expected to be moved to Rikers Island after spending time at a hospital. An exclusive image (left) obtained by PIX11 shows Harvey Weinstein post conviction, watching TV in the hospital on Feb. 28, 2020.

NEW YORK — After nearly two weeks at the hospital, Harvey Weinstein has been transferred to Rikers Island Thursday, according to Department of Correction documents.

Weinstein has been moved to Rikers Island's North Infirmary Command, according to the documents.

Weinstein’s health has improved and he will officially be moved to the correctional facility at some point in the day, sources said.

“He is healing and doing well. He had a blockage removed” according to Weinstein’s spokesperson Juda Engelmayer.

The disgraced movie mogul was brought to NYC Health and Hospitals/Bellevue on Feb. 24 after he was found guilty of third-degree rape and criminal sex act in the first degree. He was checked out for heart palpitations and high blood pressure, according to his attorneys. He remained at Bellevue ever since.

"He is walking with the aide of a wheelchair," a source tells PIX11. "He is holding on to its handles to go to the TV room, using it as a walker, where he spent about an hour this morning and then walked himself back."

Speaking on a condition on anonymity, the source said Weinstein is getting around the clock protection by Department of Correction ESU (Emergency Service Unit) officers who flank him on both sides anytime he moves from his hospital room to another location.

The source said his walker that had previously been used when entering court had been removed once Weinstein was placed in protective custody.

Weinstein faces up to 29 years in prison.