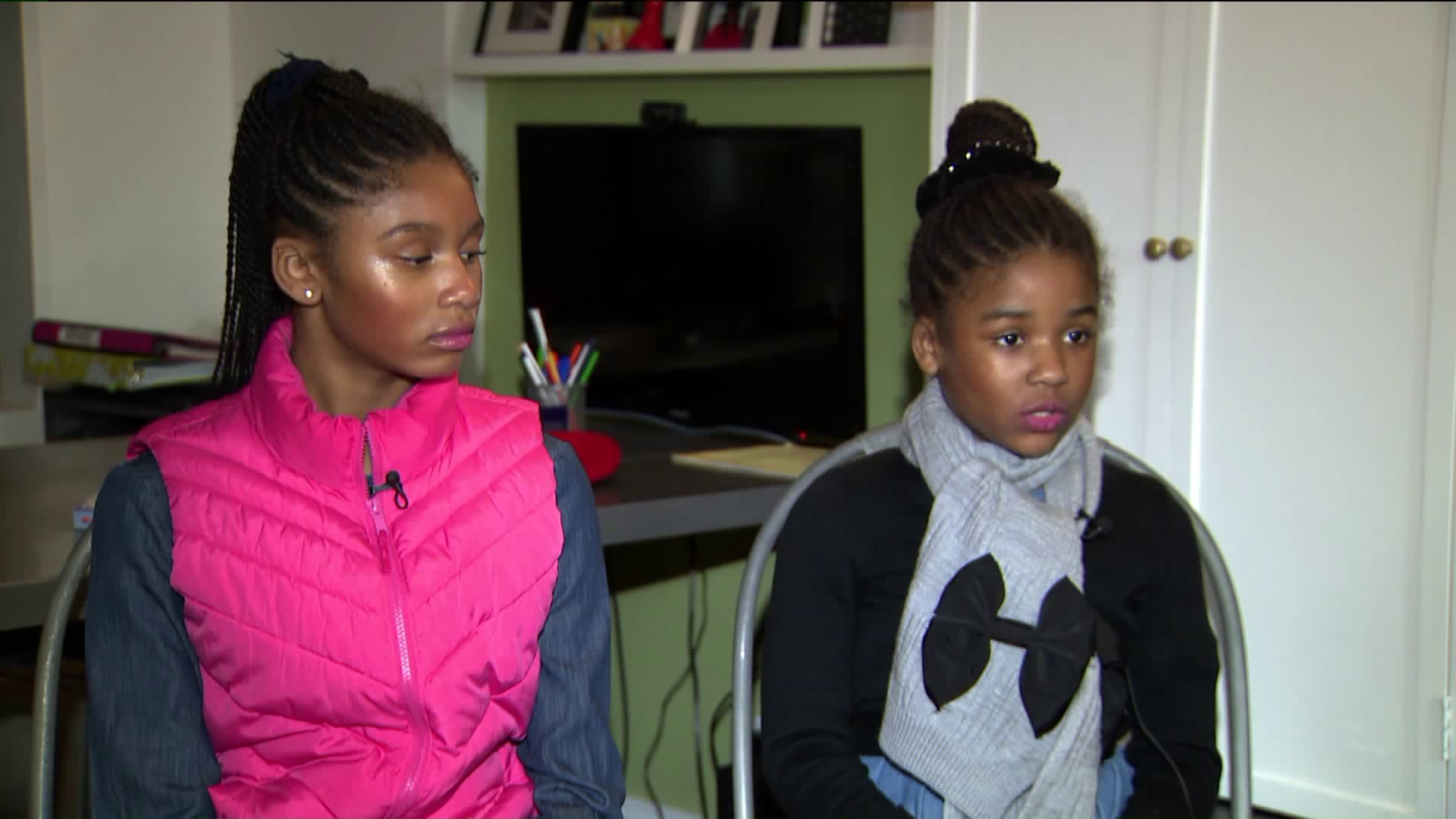 A Harlem mom says her two daughters were banned from a local production of “Black Nutcracker” because the girls choose to wear their hair in braids.

Every year, the Uptown Dance Academy puts on a performance of the Black Nutcracker. It’s an annual fundraiser and the performers are the young students at the Academy, including sisters, 9-year-old April and 10-year-old Brooke.

”I feel bad I can't participate just because of my hair,” said April.

The girls have been at the academy for three years, under the tutelage of teacher and founder of the school, Robin WIlliams.

While it's always been the rule dancers must secured their hair in a bun for safety reasons, Lisa Skinner says this year, her daughters were told no braids, even if it's tied up in a bun.

“She said to me if they show up in braids to the 'Black Nutcracker,' they will not be permitted to participate,” said Skinner.

”They were expelled from the school because I would not adhere to this ludicrous policy and she said to me then I will send you a refund of your ticket purchase money.”

“It’s a Black Nutcracker, it'd be different if it’s the original Nutcracker,” said Brooke. “My braids, I really like them, they describe me.”

”My hair is a part of myself, and myself I was born with this type of hair,” said April.

”Braids aren't the issue, it doesn't matter if it’s braided just that it’s up and secured,” said Skinner.

Both Brooke and April say they're not going to let this incident deter them from their love of dance, their mom is already looking for a new program to enroll them in.

PIX11's story caught the attention of the Alvin Ailey American Dance Theater. The girls have been given complimentary tickets to their show on Christmas Eve.

PIX11s’ efforts to reach Ms Williams were unsuccessful. Just prior to the performance, she posted a statement:

I, Robin Williams have never ever during my 50+ years in dance told Black girls their braids are not beautiful.

We have performed the Black Nutcracker in Harlem and the Bronx for 25 years at the Apollo, Aaron Davis Hall, Oberia Dempsey Theater and other venues. As a Ballet Academy, our policy has always been that students wear their hair in a bun for classes whether it’s braided or not. However for a Traditional Classical Ballet Production, our policy has always been for all the dancers to wear their hair in an unbraided classical ballet bun.

For our Photo Day, June, and Summer Recitals students are allowed to wear their hair in any style they want as long as it isn’t dangerous for acrobatic stunts. Extremely long or thick braids and beaded hairstyles are definitely dangerous for young trainees while turning and flipping.

Uptown Dance Academy has trained students to be adaptive to all professional training programs. Most professional dance schools require you to wear buns for training and especially for performances. In classical ballet the hairstyle is expected to be the same for each female.