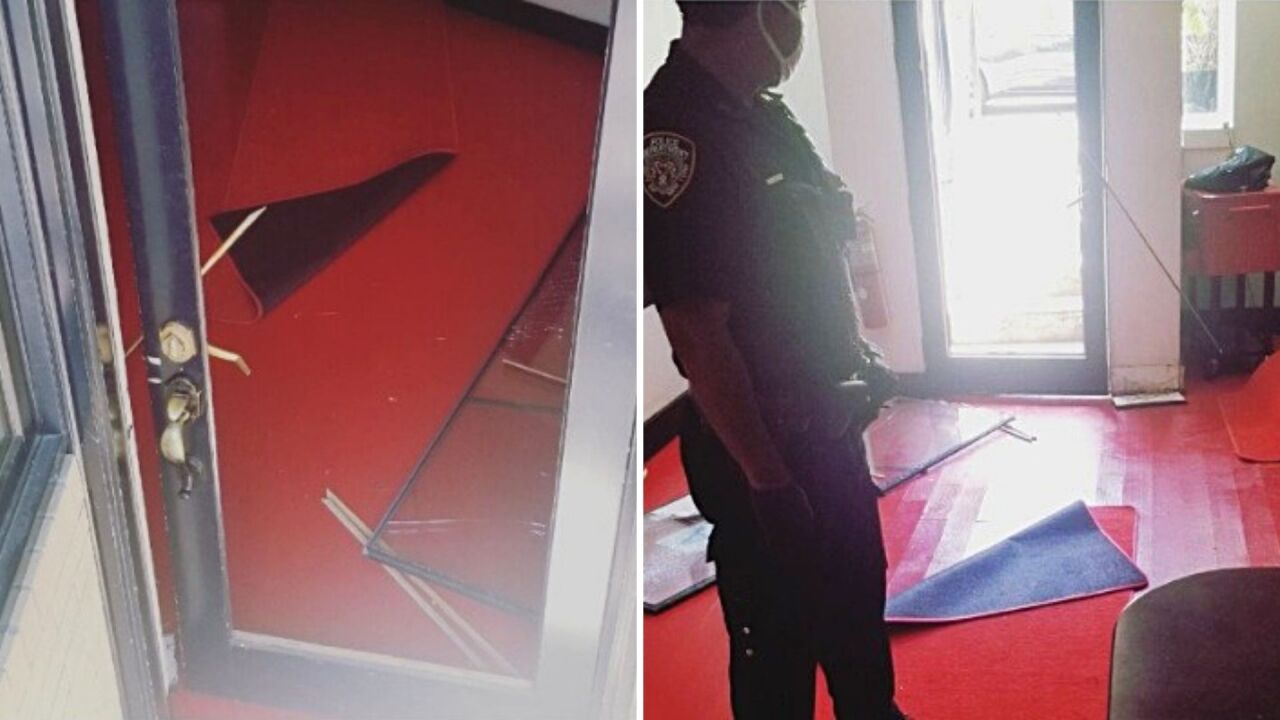 Alibi Lounge on GoFundMe
Harlem gay bar Alibi Lounge was broken into and burglarized on Tuesday, July 28, 2020, according to police.

HARLEM, Manhattan — A Harlem gay bar that made headlines last year when its pride flags were set on fire was the victim of another crime Tuesday.

Alibi Lounge was broken into and burglarized Tuesday in broad daylight, authorities confirmed.

Alibi, which recently met its GoFundMe campaign goal for pandemic relief aid, posted about the incident in an update on the website Tuesday evening.

"The front door was kicked in and we were burglarized...This is extremely stressful and depressing," bar owner Alexi Minko wrote.

Minko told PIX11 he received an alert that the alarm had been set off at the business. He initially thought it was perhaps the building's landlord entering without notifying him.

He headed over, arriving just 10 minutes later, and discovered the damaged front door.

"To see that it was an actual break in, in broad daylight, sent me in a spiral of defeat," Minko said.

At first it didn't appear that anything had been taken, he said, but upon further inspection he noticed cash was missing from the register.

"This is another setback but we have seen this happen before," the owner wrote. "We will rise up again and proudly flaunt our flags as soon as we get a new door!"

No arrests have been made and the investigation is ongoing, police said.