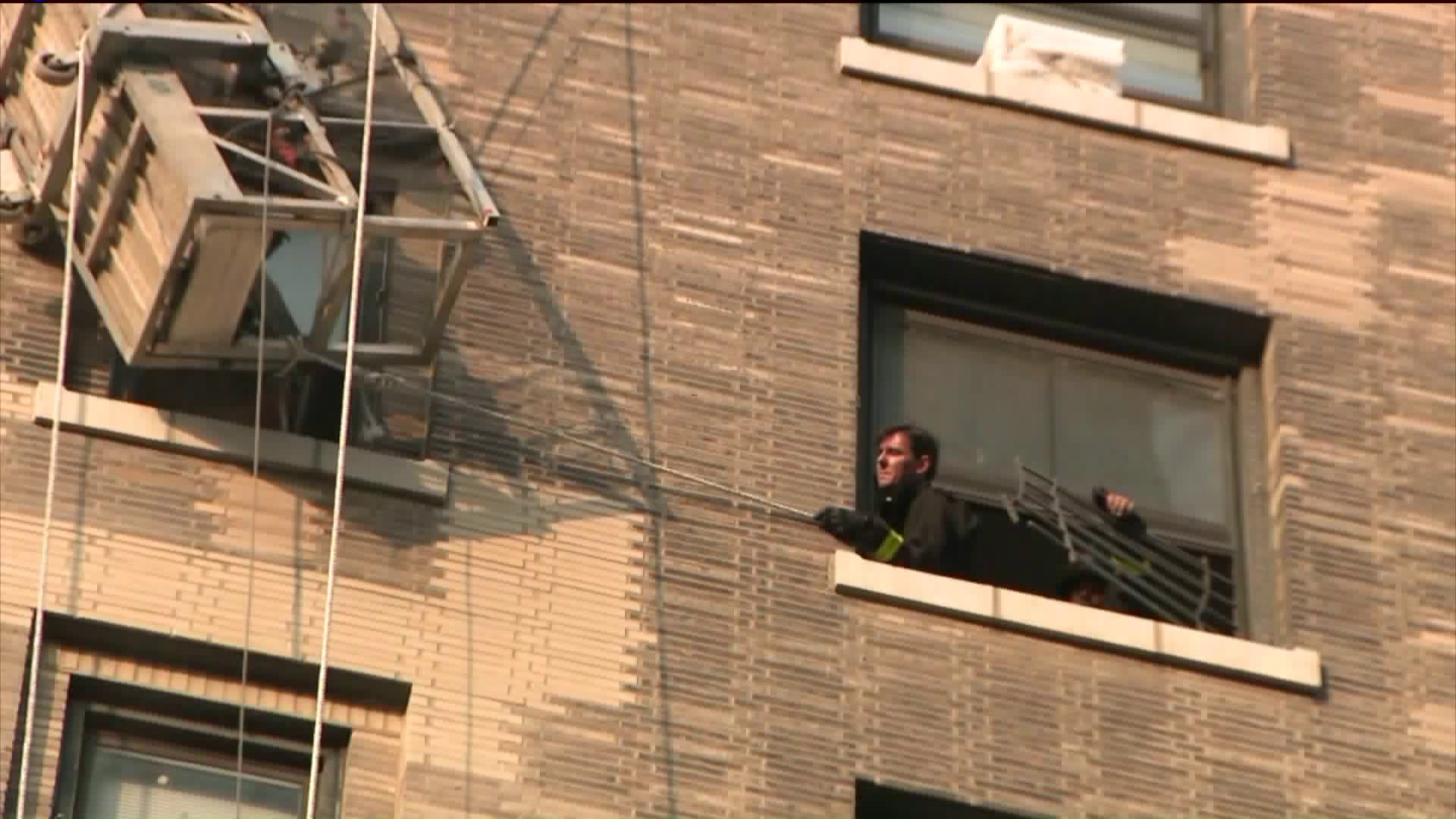 Once the men were safe, crowds cheered from below.

UPPER WEST SIDE, Manhattan — FDNY firefighters rescued window washers after scaffolding failed on an Upper West Side building on Tuesday.

Firefighters were able to get one worker safely inside the building after they attached life-saving ropes to him, but the other worker was too far away, officials said. A firefighter rappelled down the side of the building near West 78th Street and Broadway to rescue that worker.

FDNY Firefighter Andrew Dinkel, who was involved in the rescue and has worked with the FDNY for 17 years, said they train for situations like this often.

"The other victim happened to be hung up on their tether, so our company went into operation on the roof. We were able to find anchor points up there to get a lowering operation into play," Dinkel said. "It worked out really well. This is something we do all the time as far as drilling and training is concerned. The only reason why any one of us gets to work with confidence is because of the professionalism of the firefighters we get to work with every day."