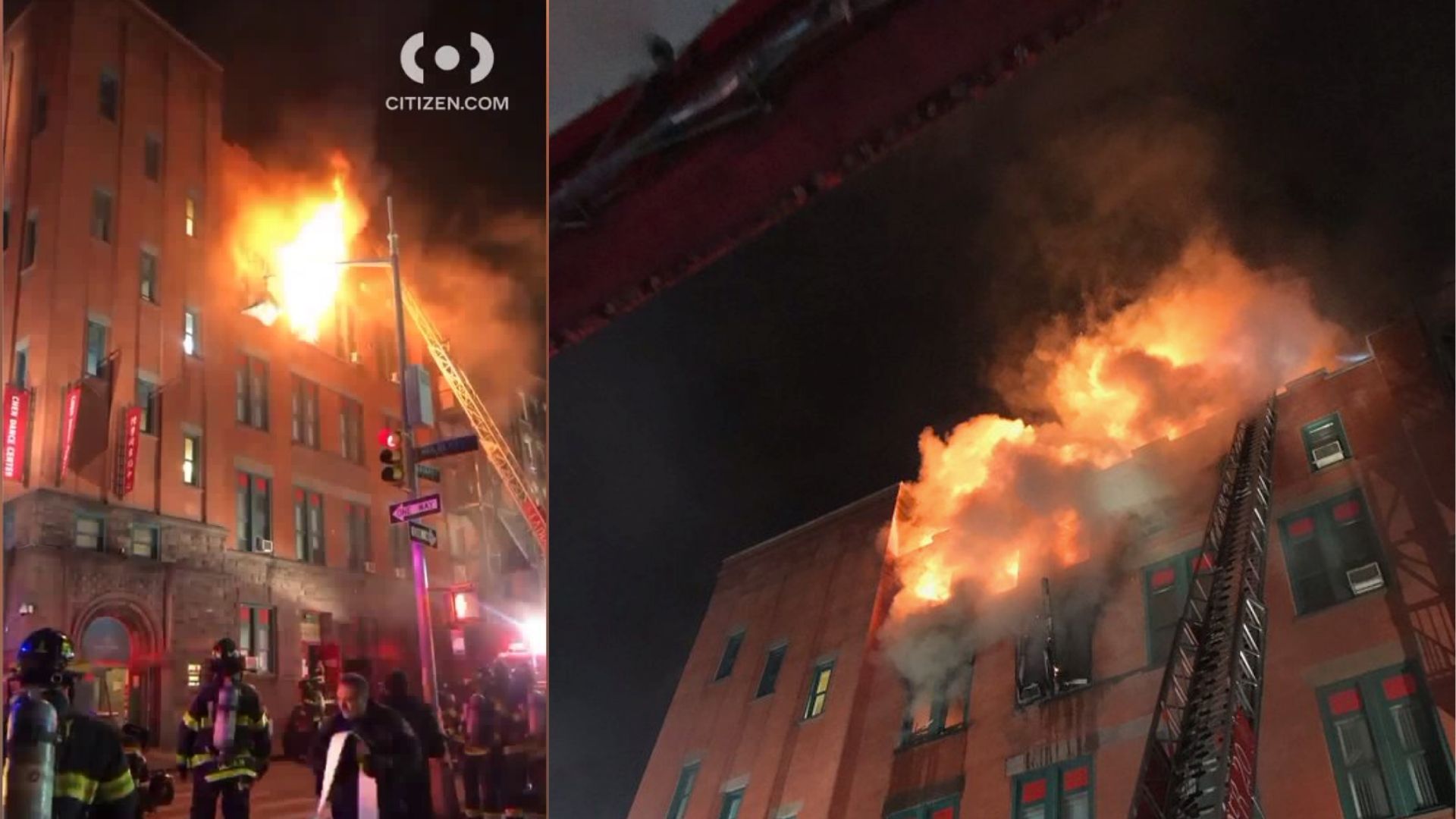 Eight firefighters are among the nine people who suffered minor injuries when a fire tore though a historic building in Chinatown late Thursday, officials said. 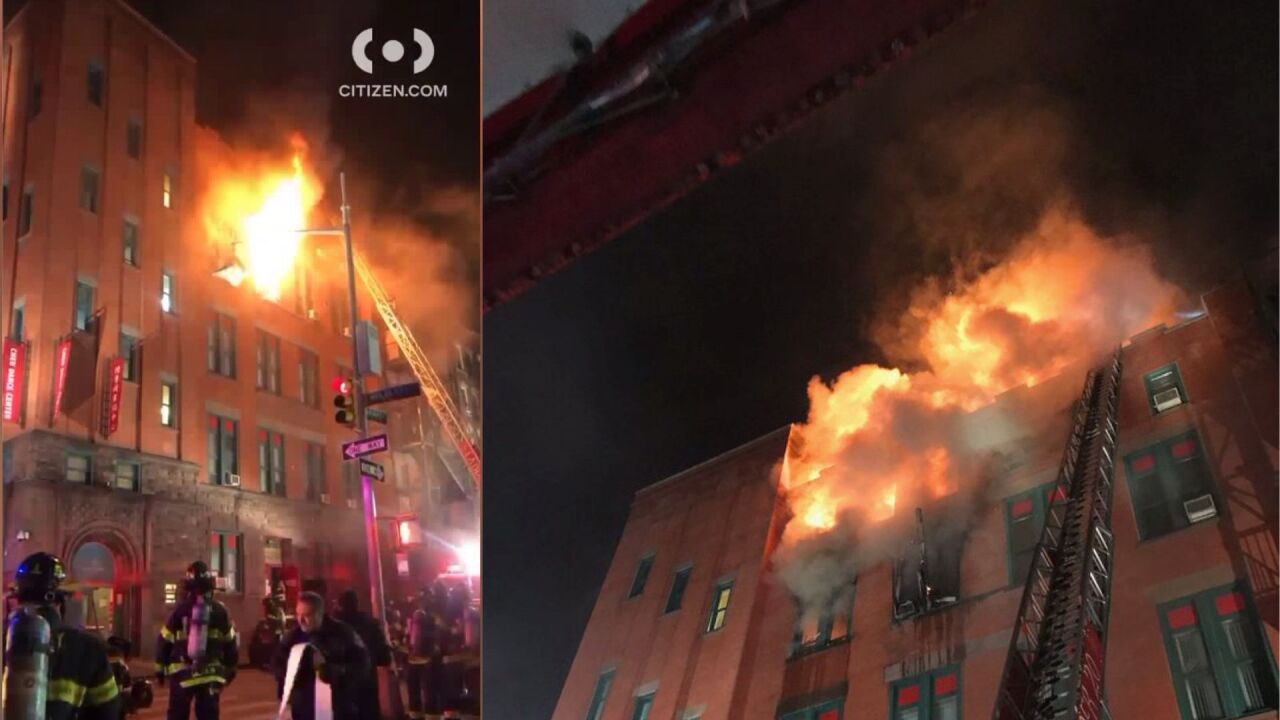 CHINATOWN, Manhattan — Eight firefighters are among the nine people who suffered minor injuries when a fire tore though a historic building in Chinatown late Thursday, officials said.

Firefighters responded to a fire on the fourth of 70 Mulberry St. just before 9 p.m. The blaze quickly extended to the fifth floor and through the roof, according to FDNY officials.

About 33 units and 138 members of the FDNY responded to the scene and worked to put the fire out.

Fire officials did a complete search from the basement up to the fourth floor of the building. Due to the structural damage and the extent of the fire, they were unable to check the fifth floor. The man who was rescued by firefighters through the window told fire officials from what he knew, there was no one else on the floor.

The structure is a residential building owned by the city and is also home to many local non-profit organization, according to Mayor Bill de Blasio. A senior center that serves as a pillar to the Chinatown community is also located in the building, the mayor said in a tweet.

The building also stores archives for the Museum of Chinese in America, including documents, artifacts, photos and artwork. It was not immediately known if any of the archives have been damaged.

Fire officials confirmed there is significant water damage throughout the building and that one section of the roof collapsed.

The blaze broke out as preparations were underway for the Chinese Lunar New Year, which takes place Jan. 25.

Fire officials gave an update on the fire: