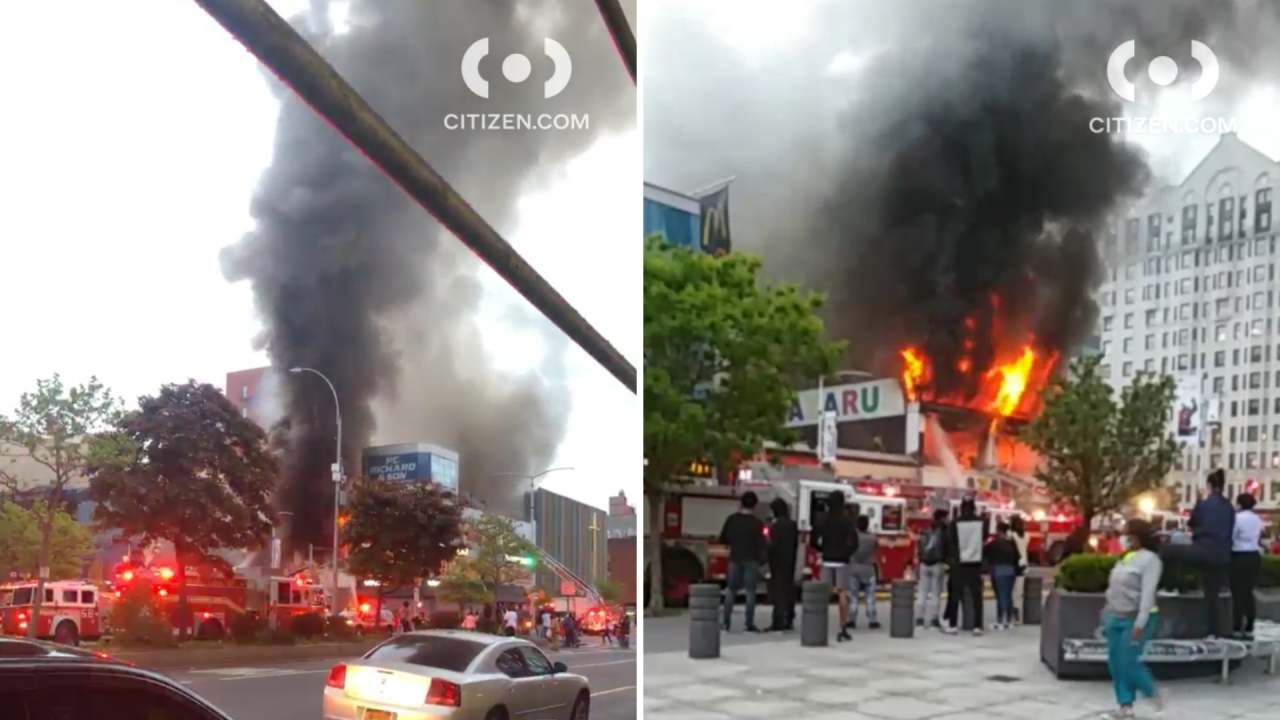 HARLEM, Manhattan — A fire at a store sent a dark plume of smoke billowing into the sky over Harlem on Sunday night.

The three alarm fire broke out in the second and third floor of a commercial building on West 125th Street near Adam Clayton Powell Boulevard around 7:45 p.m., an FDNY official said.

Part of the building collapsed.

The fire was placed under control around 10:30 p.m., officials said.

The NYC Office of Emergency Management said people in the area should expect smoke and traffic delays. Windows should be closed.

FDNY members are operating on scene of a 3-alarm fire at 158 West 125th Street in Manhattan. pic.twitter.com/OmFn7QEyBc