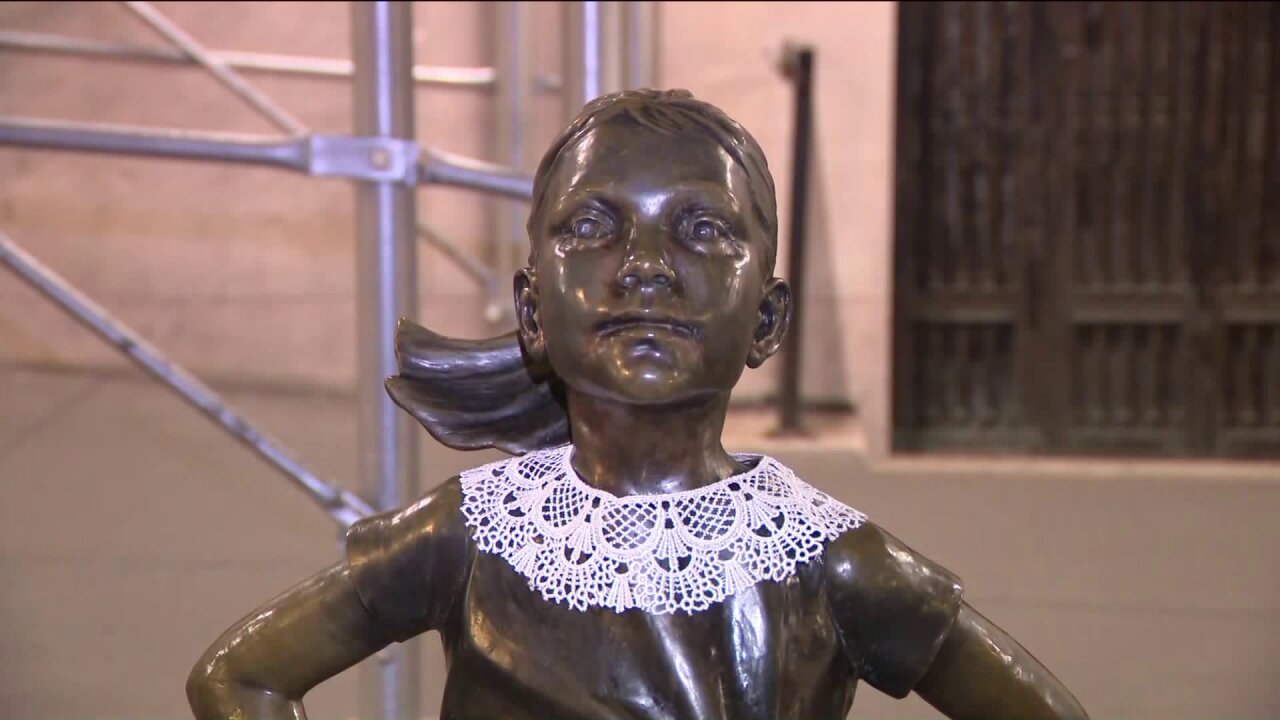 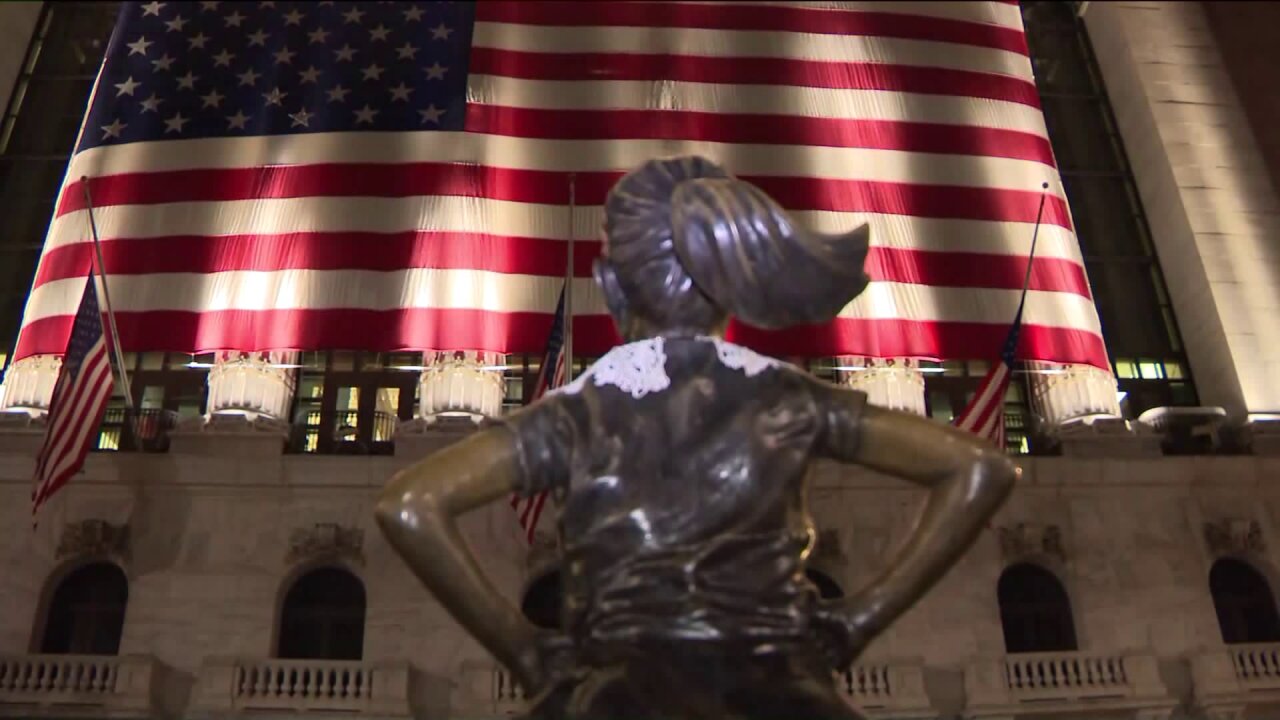 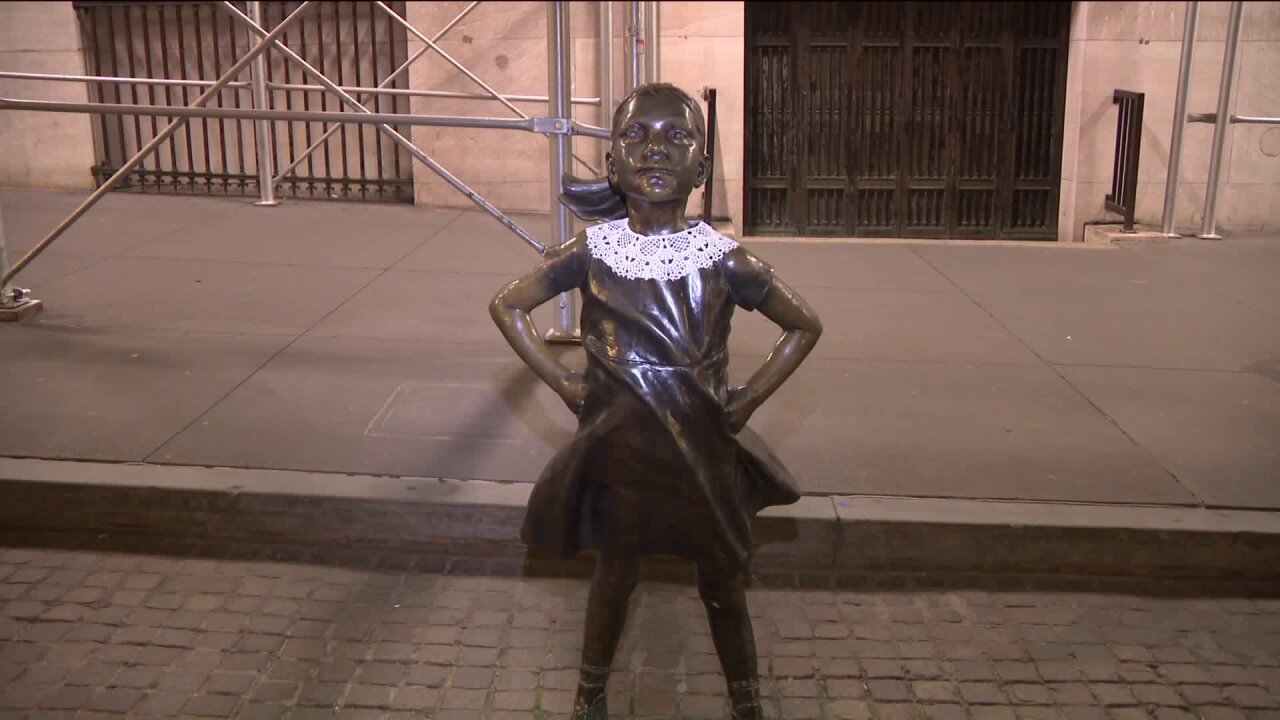 In downtown Manhattan, the Fearless Girl statue donned a lace collar on Sunday — a nod to Ginsburg’s signature style.

State Street Global Advisors, which commissioned the Fearless Girl, took out a full-page ad in the New York Times on Sunday to honor Ginsburg. The ad featured a photo of the Fearless Girl wearing the collar with the headline, “Here’s to the original.”

The Fearless Girl statue has been a staple of the Financial District since 2017, when it appeared opposite the Charging Bull statue on the morning of International Women's Day. It was later moved to stand outside the New York Stock Exchange.

Ginsburg, 87, died on Friday of complications from pancreatic cancer.

A native New Yorker, Ginsburg grew up in Flatbush and later graduated from Columbia Law School at the top of her class.

Ginsburg was nominated to the Supreme Court in 1993 and was known for her fierce defense of its liberal wing. She was also a staunch advocate for women’s rights.

Gov. Andrew Cuomo announced over the weekend that the state will honor Ginsburg’s legacy with a statue in Brooklyn.

Back in Manhattan, an artist retiled the 50th Street subway station to read, "Ruth St." in tribute to the supreme court justice.