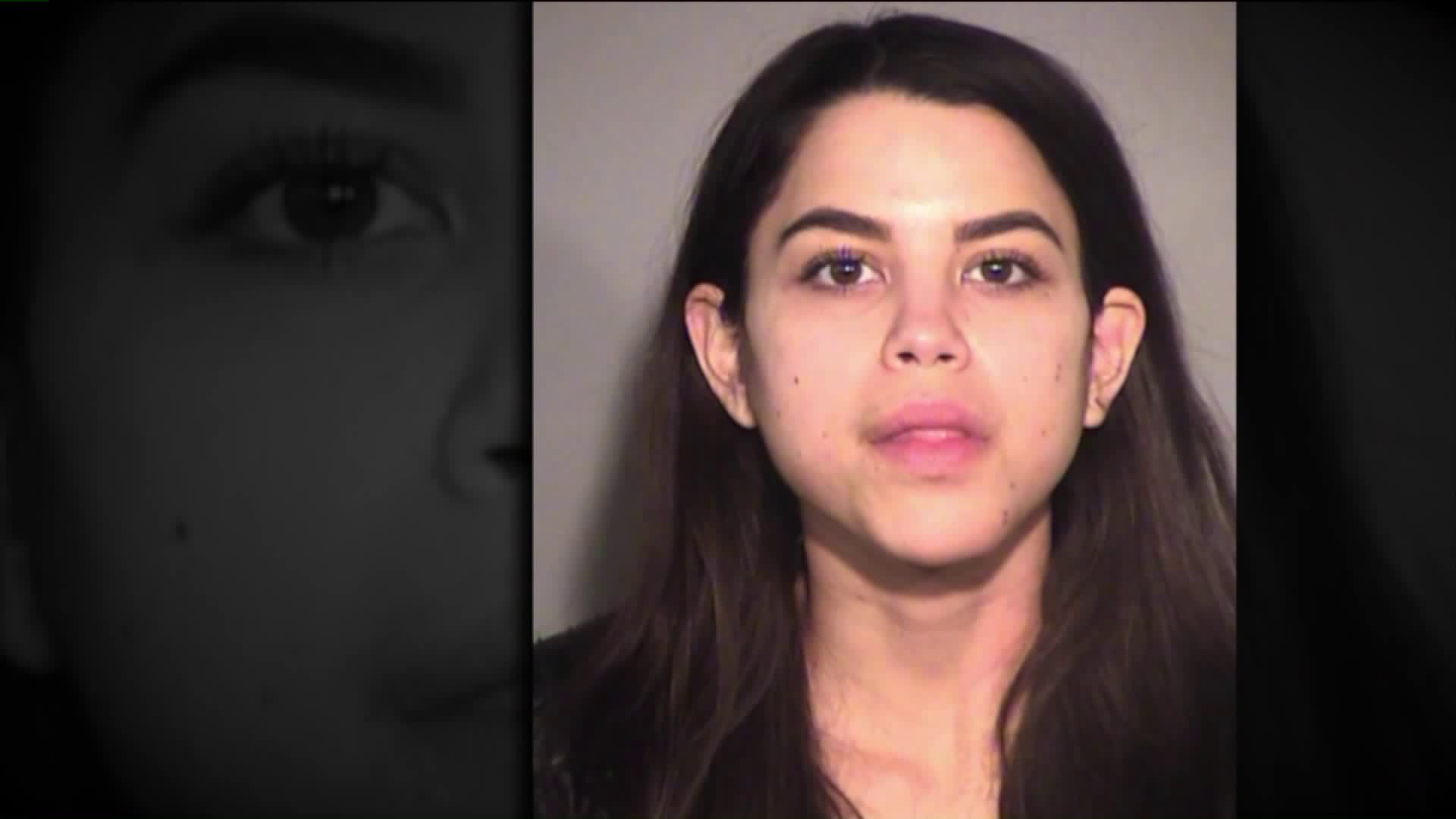 The victim's family is speaking for the first time following Miya Ponsetto's arrest.

SOHO, Manhattan — Now that the so-called "SoHo Karen" has been arrested, arraigned, and has given a network television interview, the family of the victim in the attack last month responded publicly on Monday.

The parents of the Black teen who was falsely accused by a woman of stealing her iPhone said that she was "a menace to society," and also called for a boycott of the parent company of the hotel where the crime took place.

The Dec. 26 incident was recorded on cellphone video by jazz trumpeter Keyon Harrold. His video, which has now been viewed millions of times on social media, showed Miya Ponsetto, 22, falsely accusing Harrold's 14 year-old son of stealing her phone. Surveillance video also shows her physically attacking the teen, seconds later. Harrold insists that he and his son, both of whom are Black, were racially profiled by Ponsetto.

"You don't have to say the n-word to act in a racist way," Harrold said at a late-morning news conference on Monday.

It took place hours after a second installment of an interview of Ponsetto with "CBS This Morning" anchor Gayle King aired.

In the sometimes tense interview, Ponsetto insisted that the incident was not a racist act.

Her comment was seized on by the victim's mother, Kat Rodriguez, a saxophonist and performer in Beyonce's backup band, in the Monday news conference.

"Now, she chooses to embrace the Puerto Rican part of her heritage," said Rodriguez, who is herself Puerto Rican, "as an exercise in privilege and convenience," in order to avoid being charged with a hate crime.

In the attack in SoHo, Ponsetto wass charged by the Manhattan district attorney with attempted robbery, attempted grand larceny, attempted assault, and endangering the welfare of a child.

Ponsetto, who lives in California and was visiting New York at the time of the incident, also has a variety of open cases in her home state, that pre-date the SoHo attack. Those include two separate cases of DUI, two separate cases of driving with a suspended license, public intoxication, and resisting arrest.

The victim's family said that she's a danger to everyone else, and that the Arlo Hotel's manager was complicit in the crime by accepting her word over Harrold's in the incident.

"They have not acted in my interest one time against the criminal," Harrold said, "Not one time."

The family, who were joined by civil rights attorney Ben Crump, and activists Rev. Al Sharpton, and Gwen Carr — the mother of Eric Garner — announced a boycott of the Arlo Hotel and its parent company, Quadrum Global.

PIX11 News contacted Quadrum Global for comment, but have not gotten a response from the company.

Crump acknowledged that he intends to seek damages from Quadrum Global, and also called for racial sensitivity training company wide.

The family and their supporters also insisted that the attack be further pursued as a hate crime.

"If we do not have this family made whole," said Rev. Sharpton, "by next week, we will begin, because we're a national organization, to put people in front of their hotel" to picket.

Harrold said that he'd also received a request online to review the hotel, in which he'd stayed for three weeks in December. He said that he'd not yet gotten around to writing a review, but said he knew he'd point out one thing.