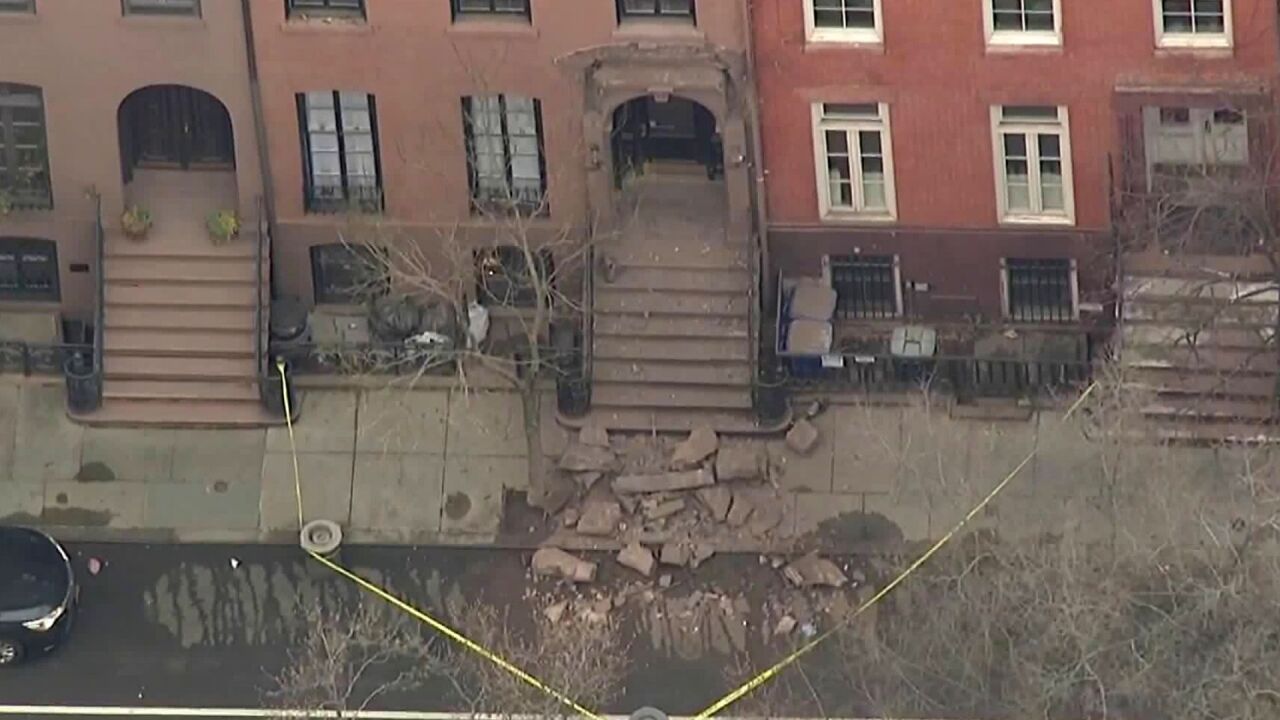 AIR11
A portion of a landmarked building&#39;s facade fell onto the sidewalk Monday morning, Feb. 10, 2020 on West 20th Street in the Chelsea neighborhood of Manhattan, according to the NYPD. No injuries were reported.

CHELSEA, Manhattan — Cops and units from the FDNY were on the scene after a part of a building fell onto a Manhattan sidewalk Monday morning, police said.

According to the NYPD, around 9:30 a.m. a portion of a facade fell from a landmarked building in Chelsea located at 355 West 20th St., between Eighth and Ninth avenues.

AIR11 was over the scene where numerous bricks and pieces of stone could be seen in a large pile on the sidewalk in front of the three-story brownstone.