Down sides to outdoor dining as more 'Open Streets' added 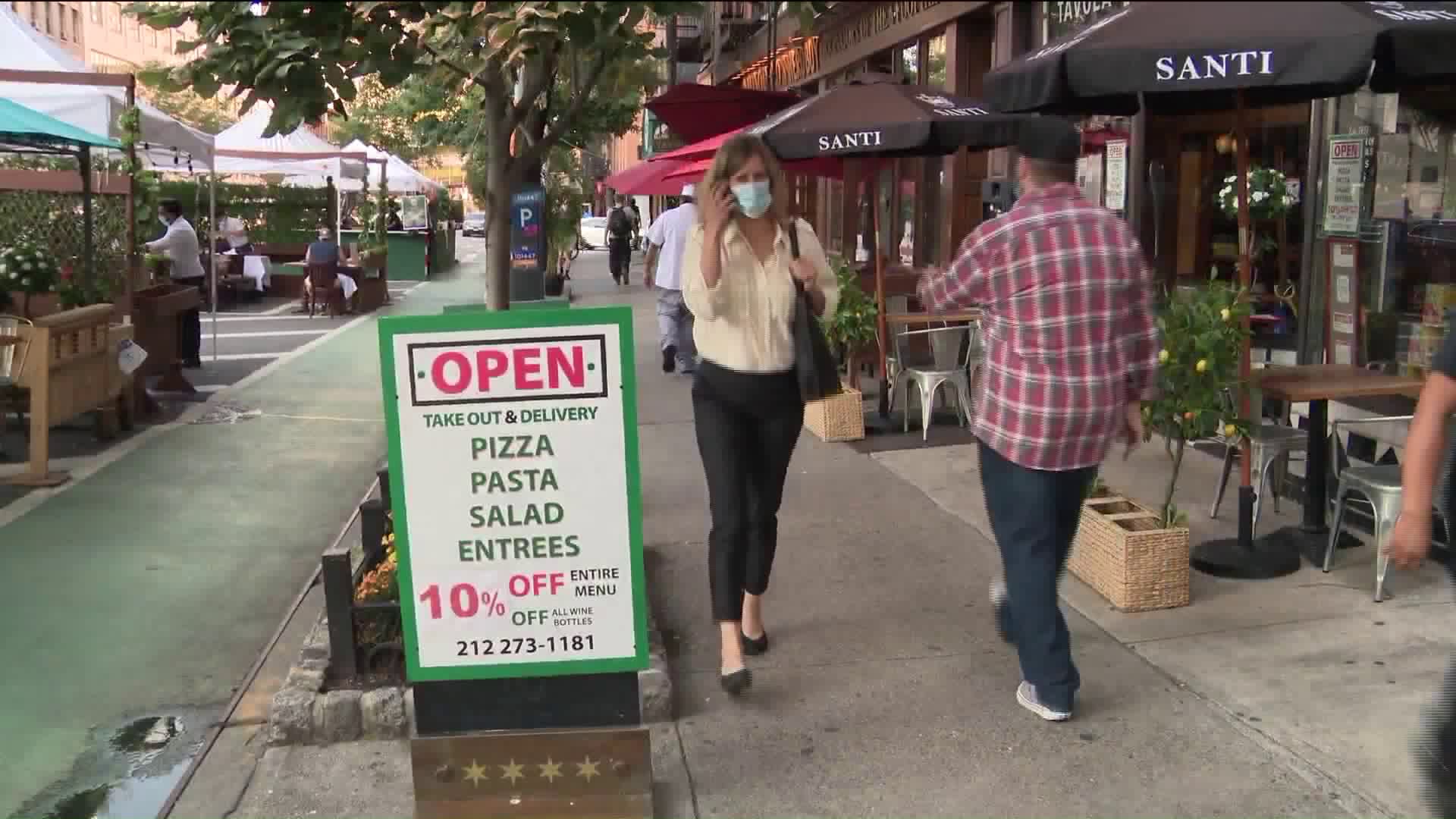 There is a down side to all this outdoor dining during the pandemic where worlds collide. 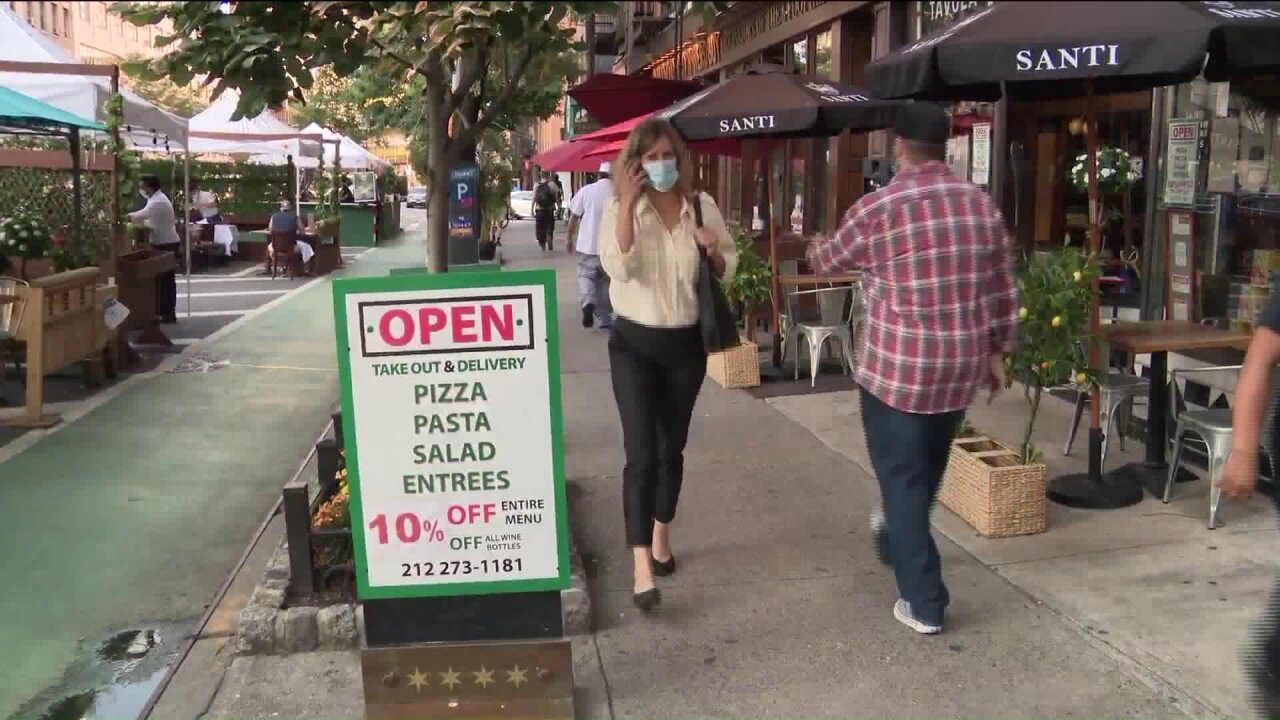 HELL'S KITCHEN, Manhattan — There is a down side to all this outdoor dining during the pandemic where worlds collide.

There appear to be more homeless on the street, just as more people are going outdoors to dine and some restaurant owners are worried.

“Come on down to Hell’s Kitchen and Hudson Yards and see what it is like to live in a crossfire hurricane,” Nick Accardi, the owner of Tavola restaurant said.

>Accardi co-owns three restaurants on 9th Avenues in the 30s and while he admits this neighborhood has always been a little rough and edgy, it’s so many times worse than it’s ever been, he says, and he now worries about the safety of his outdoor dining customers.

“Bundled amongs the homeless are heroin addicts, the criminally insane and the mentally ill,” Accardi said. “They walk around without masks, touching my customers and then won’t leave,” he added.

Accardi and his brother John say they’ve often cooked for the homeless, but now it’s a safety issue and they have collected more than two-thousand signatures for safer sidewalks.

They showed PIX11 News video of a knife fight of two people on the street, at 5 p.m., where police were called.

“Police don’t seem to have many options to enforce the law,” John Accardi, who owns Vito’s Slices and Ices, told PIX11 News.

Another restaurant owner on the block, Wilson Rivas, owner of Hero Boy, blames so many shelters in the neighborhood.

“There are just too many shelters in the same places."

For regular customers of Hero Boy in this neighborhood, many say they see more menacing behavior from passersby, but some like Wendiliz Alegria, have compassion and empathy for the troubled souls she sees.

“It’s uncomfortable, but then again, I let them be. I get to know who they are," she said. “Do I confront them? No."

Some restaurant owners are hoping the city will take steps soon to maintain a safe outdoor dining experience for all.

This week the city is adding several more "Open Streets" for outdoor dining, many of them in Manhattan.