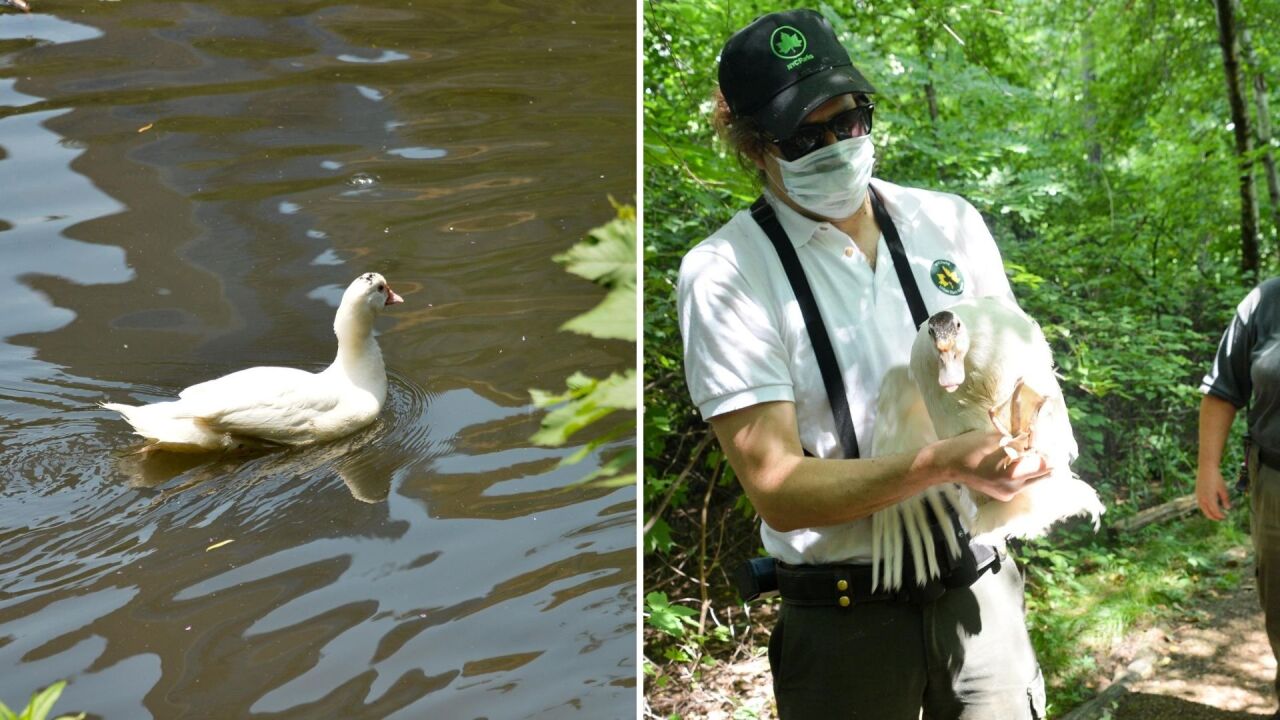 Two pet ducks were spotted at the Central Park Pond at 59th Street in Manhattan.

Park rangers went out in kayaks while others stayed on land as they tried to corral the ducks, according to the Parks Department.

The ducks were eventually brought ashore and transported to the Wild Bird Fund to assess their health.

The Parks Department advised anyone who wishes to rehome a pet to seek community resources for assistance.

The Wild Bird Fund also advised people who witnesses another “duck dumping” to seek out a rescue organization.

A third duck was dumped in the park, but had already died before the rescue effort, according to the group.