Despite end of 'Occupy City Hall,' protesters march on 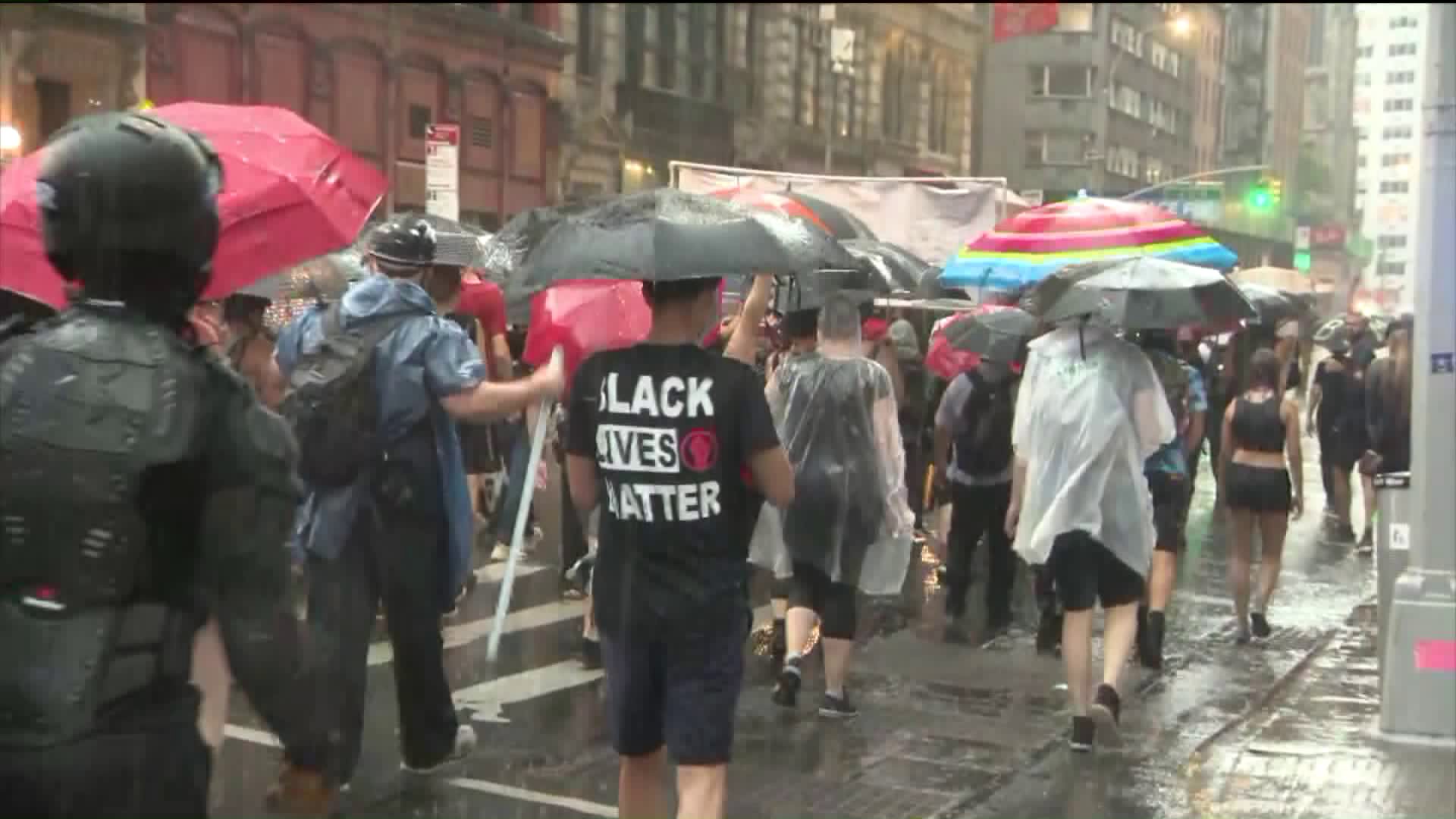 'Occupy City Hall' protesters marched on despite being kicked out of their encampment Wednesday morning.

LOWER MANHATTAN — A much different scene at City Hall Wednesday night with a show of force by the NYPD, who are guarding the park after the encampment was cleared out earlier in the morning.

Despite heavy downpours, however, protesters were determined to be back out on the streets. About 200 of them marched from Union Square to City Hall, angry that the "Occupy" encampment is no more.

At one point, a group of protesters rushed police, who had blocked off roads leading up to City Hall. Officers pushed back as they tried to keep the crowd away.

One of the protesters called the kicking out "cruel" and "a tragedy."

The march started at 6 p.m. Before dawn Wednesday, they cleared out the camp, which formed a month ago to push for budget cuts and other changes to the nation’s largest police department.

Mayor Bill de Blasio said “health and safety issues were growing” in a camp that had about 50 people at the end.

The police commissioner said there was one arrest, a half-dozen summonses, no injuries and what he called “no real use of force.” But some protesters disputed his account.