Demonstrators lie in the street during Upper West Side vigil 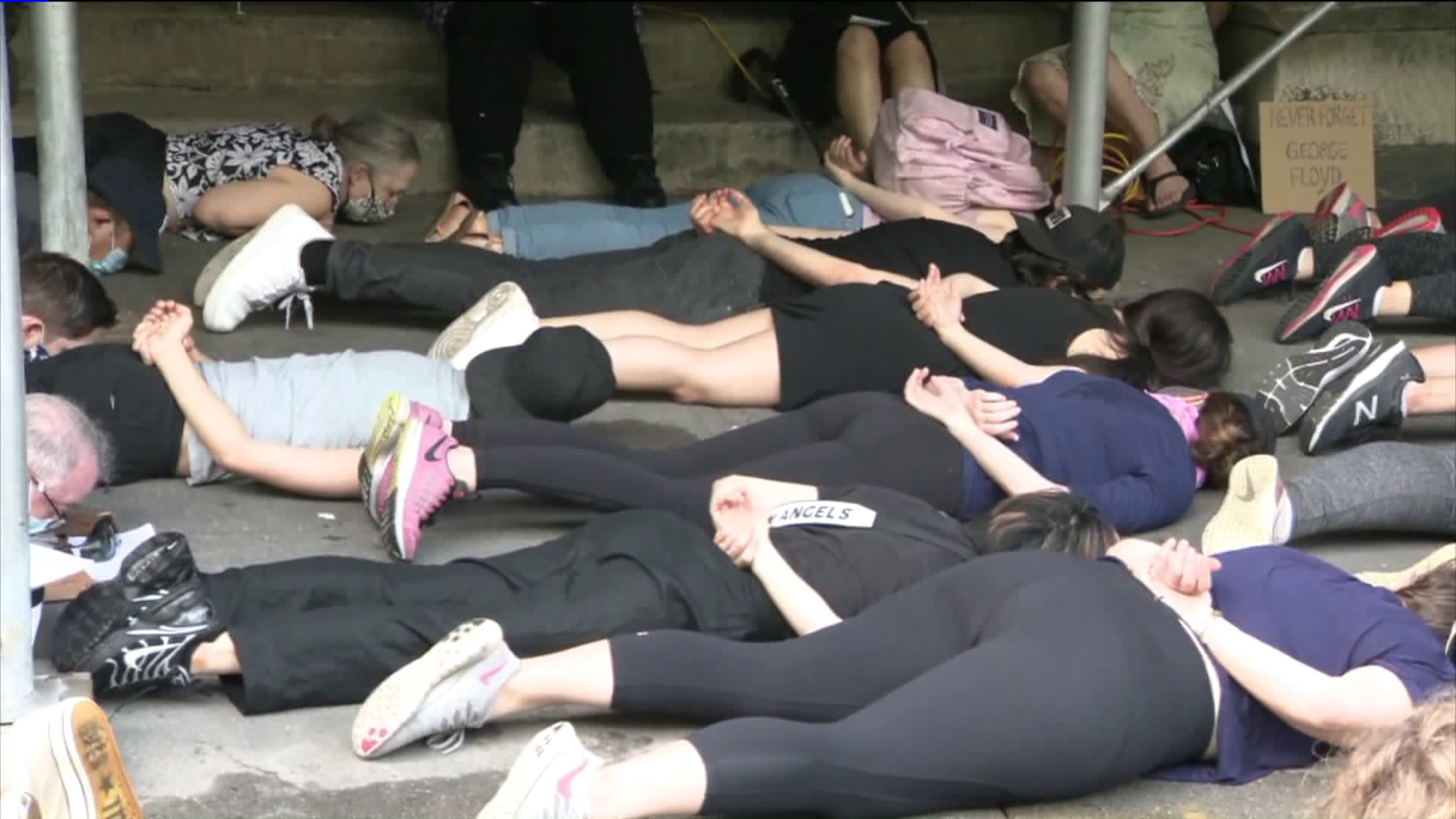 A peaceful demonstration and vigil for George Floyd was held outside of the Fourth Universalist Church on 76th Street and Central Park West on Saturday.

UPPER WEST SIDE, Manhattan — A peaceful demonstration and vigil for George Floyd was held outside of the Fourth Universalist Church on 76th Street and Central Park West on Saturday.

The first principal of Unitarian Universalism is the the inherent worth and dignity of every person.

For 8 minutes and 42 seconds, people laid down in the street, signifying the time George Floyd was held down with a knee to his neck by a Minneapolis police officer. Some were on the sidewalk, some right in the street.

This all despite a roadway wet from a passing shower and air thick with humidity.

“The discomfort is part of the experience.“ said Reverend Schuyler Vogel.

They're not about making this easy on anyone.

“The point of this is that we should be uncomfortable.” said demonstration organizer Stephanie Coker. “It’s what we should feel every day, especially on this corner.”

Coker was making reference to the ugly racial incident that happened last month. "This corner" is across from The Ramble in Central Park, where a white woman threatened to call the police on a black man last month after he asked her to leash her dog.

The demonstrators say today they are reclaiming this corner today