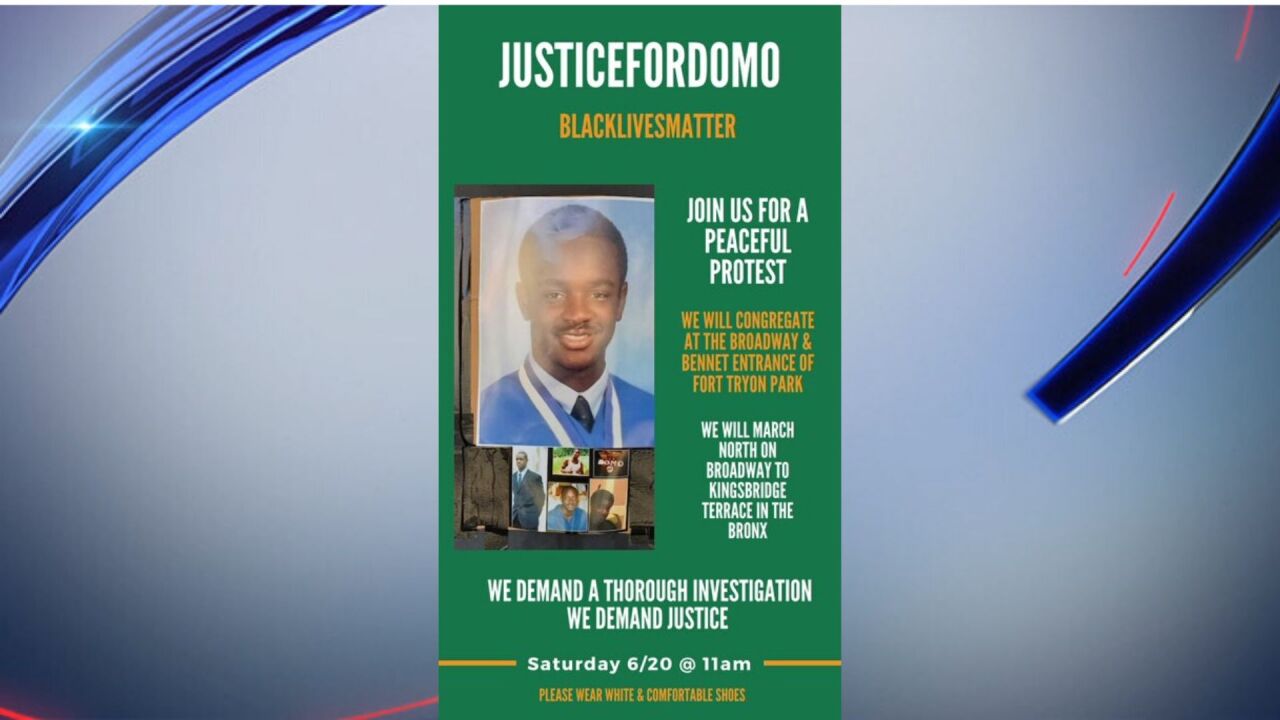 Twitter / @wonderfrankiiee
A flyer for a march calling for an investigation into the death of Dominique Alexander, who was found hanged in Fort Tryon Park on June 9, 2020, according to police.

Dominique Alexander, 27, died by hanging on June 9, according to the medical examiner’s office.

Alexander was discovered by a passerby hanging from a tree on the Cloister Path in Fort Tryon Park around 6 a.m., police said.

“He was definitely loved by his family and his community. It’s just so much," he said.

The death of Alexander, who is Black, has drawn some comparisons to the recent hanging deaths of two Black men in separate incidents in Southern California.

Federal authorities said on Monday they plan to review local investigations into the hanging deaths of Robert Fuller, 24, and Malcolm Harsch, 38, to determine whether federal law was violated.

The coroner's office initially said Fuller appeared to have died by suicide because there were no signs of foul play at the scene.

Some people unaffiliated with Alexander’s family are now questioning whether his death was a suicide.

“The medical examiner has ruled his death a suicide but I am NOT convinced [and] you shouldn’t [be] either,” one person wrote on Twitter.

A march calling for a thorough investigation into Alexander’s death is planned for Saturday in Fort Tryon Park.

The medical examiner has ruled his death a suicide but I am NOT convinced + you shouldn’t b either.