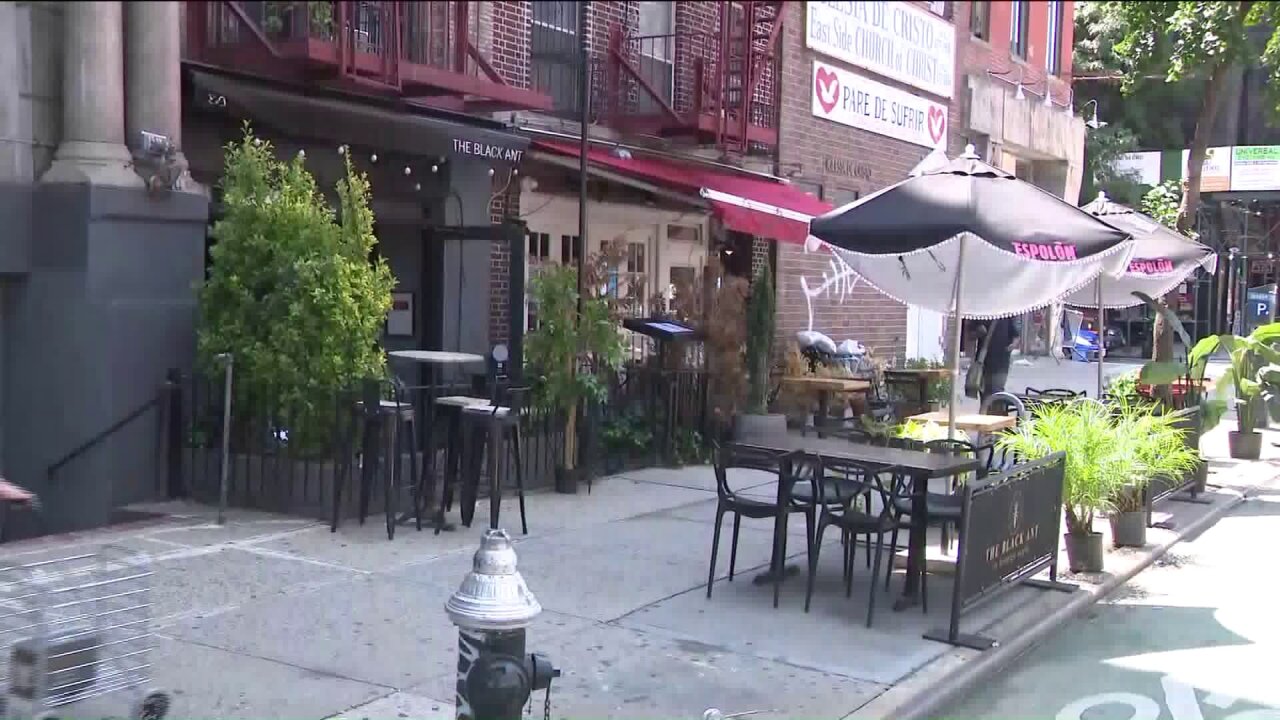 The attack happened at a restaurant on Second Avenue, near East 4th Street in the East Village, around 11:45 p.m., according to the NYPD.

Police said the couple was seated at the restaurant’s outdoor dining area when a drunk man approached the wait staff and asked for a drink.

The couple intervened in the argument and the man attacked them, according to police.

After the man left, both victims realized they had been stabbed and slashed on their forearms. They were taken to a hospital for treatment.

The suspect remains on the loose, police said.