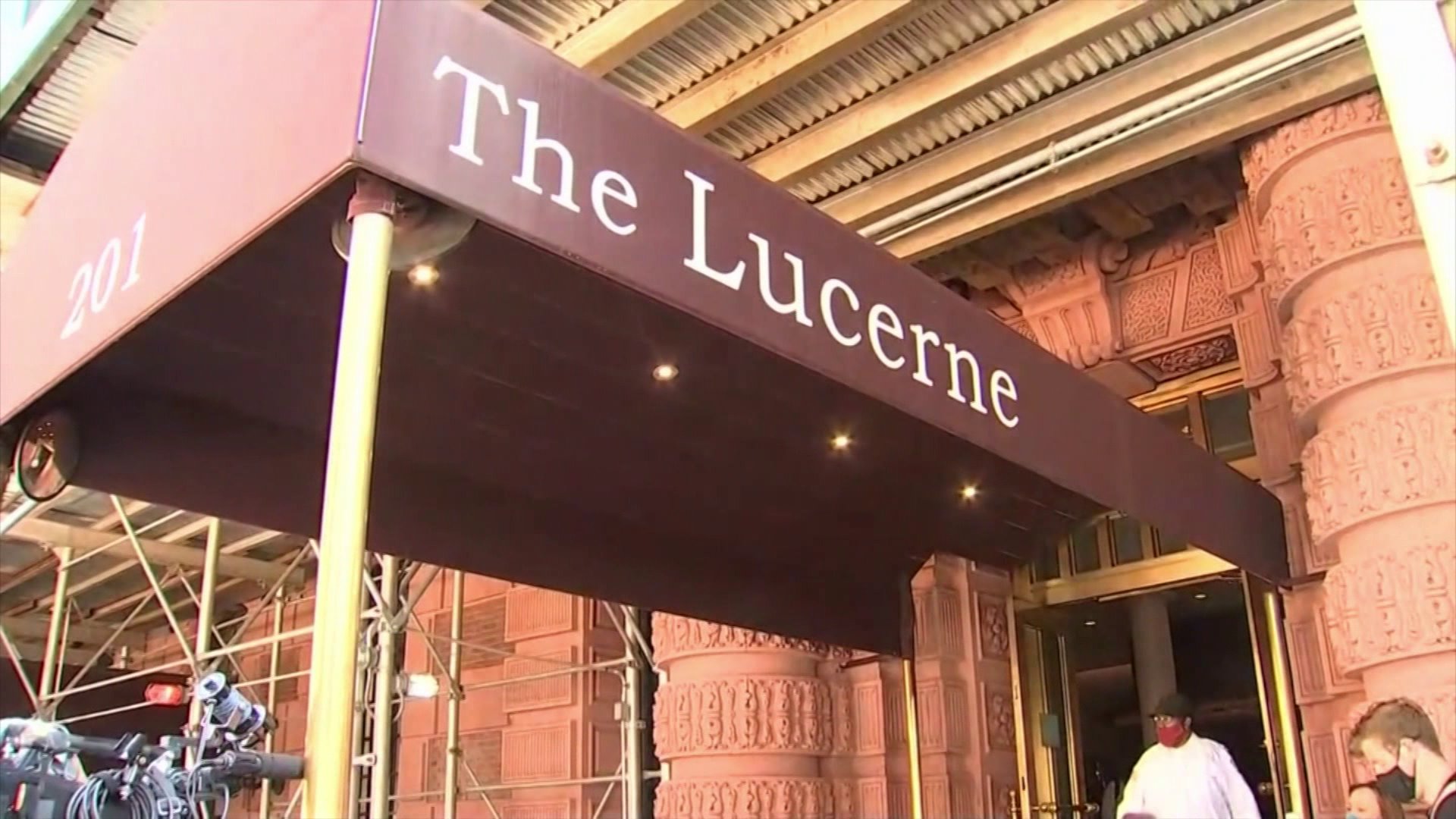 It's a win for some neighborhood advocates, but the battle is far from over.

UPPER WEST SIDE, Manhattan — New York City and Mayor Bill de Blasio announced Wednesday it will shut down a controversial hotel being used as a homeless shelter.

The news was first reported Tuesday evening and confirmed by the Department of Social Services.

Some Upper West Siders complained for months and even hired a legal team to sue the city. The pressure worked, but advocates for the homeless — and several elected officials — said Wednesday this was not the right move.

"It’s upsetting. Being here and seeing the men walk in and out and knowing [we] are part of a community that is forcing them to leave and start over — it’s horrible. It’s really horrible," said Upper West Side resident Martha Epstein.

Epstein joined dozens of others Wednesday. She said she was born and raised one block from the Lucerne Hotel at 79th Street and Amsterdam Avenue on the Upper West Side and is heartbroken the city caved in to the pressure of some of her neighbors.

"The same people who were marching a few months ago in the Black Lives Matter protests and asking to defund the police and take that money and give it to social services and mental healthcare — and now the second there’s the opportunity to practice what you’ve been preaching, they don't want to see it in their face," Epstein added.

Epstein said hearing about her neighbors rallying for the removal of about 300 homeless men was unconscionable.

The trouble started in July, when the city took over The Lucerne to create a temporary shelter, run by Project Renewal.

Some residents posted to social media and said there was open drug use, lewdness, and public urination and defecation running rampant.

They even raised thousands of dollars to hire a legal team to sue the city over quality of life issues.

Cheryl Warfield, a 25-year resident of the neighborhood, said she saw the change almost overnight.

"Removing them is the solution," she said.

Advocates said they heard the initial concerns and problems were addressed. Individuals who were not behaving appropriately were removed, but that apparently was not enough.

Mayor Bill de Blasio said more shelters at hotels would be closed and residents would be moved, because these facilities were only meant to be temporary. The most recent use of hotels, the mayor said, was to help prevent the spread of COVID-19 among the homeless in overcrowded shelters.

Manhattan Borough President Gale Brewer tweeted the residents of the Lucerne would be moved to a West 31st Street family shelter. Those families, PIX11 has learned, would first have to moved before any single homeless individuals are moved in. The disruption, the Legal Aid Society and advocates for the homeless said, is one they will watch closely.