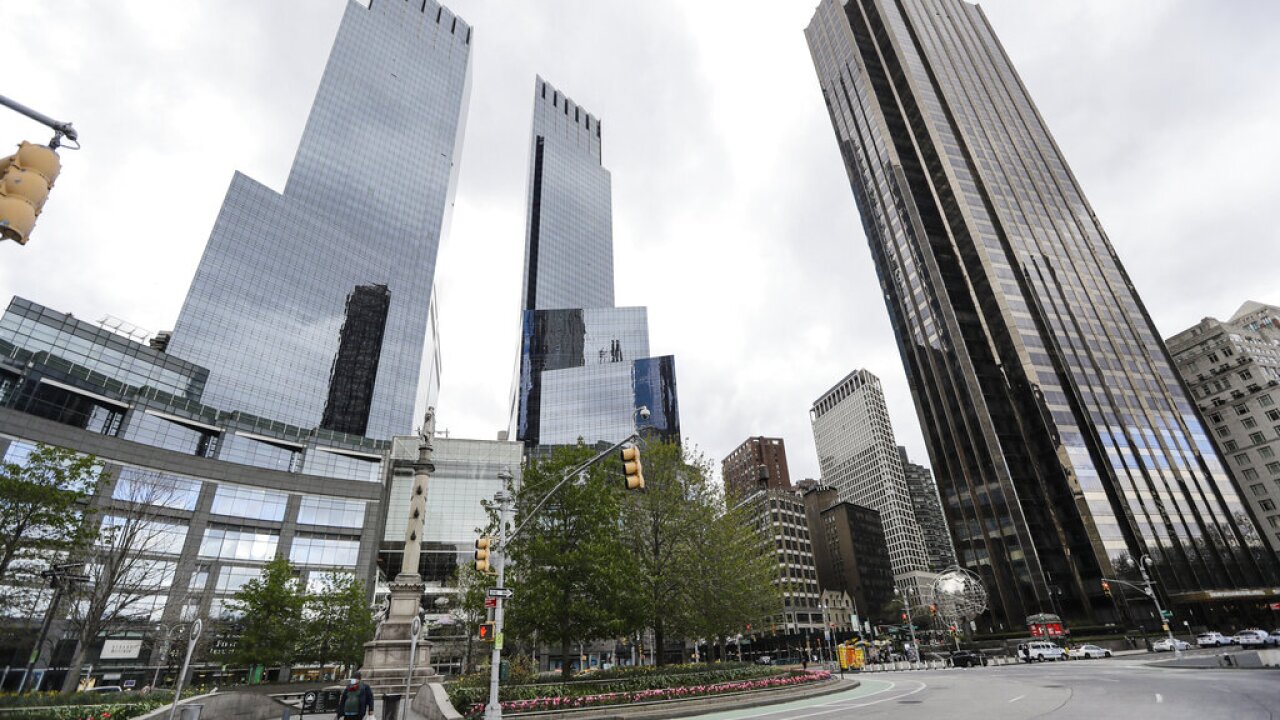 Frank Franklin II/AP
Pedestrians walk near Columbus Circle in Manhattan during the coronavirus pandemic on April 18, 2020.

MANHATTAN, N.Y. — Police temporarily shut down Columbus Circle on Sunday amid reports on social media of a planned rally by supporters of President Donald Trump and a counter protest.

The MTA said several bus lines were detoured because of the street closure.

An NYPD spokesperson told PIX11 the area was closed to vehicle traffic because of a political rally.

Video posted to Twitter earlier Sunday shows a crowd of protesters dressed in all black with giant shields in the street as more people march and chant anti-Trump and anti-Proud Boys slogans.

In response to a rumored #MAGA march at #ColumbusCircle, a
counter protest take to the streets against #Proudboys and #Trump. #nyc pic.twitter.com/vfV3XTekAJ

It wasn’t clear if any Trump supporters or members of the Proud Boys were also in Columbus Circle at the time.

The Proud Boys are a right-wing, men-only organization known for inciting violence during political events across the country in recent years. The organization also supports Trump.

By 1 p.m., protesters had mostly cleared out of Columbus Circle but a large police presence remained.

The area was reopened to vehicle traffic and all impacted bus routes resumed making their normal stops around 1:45 p.m., according to the MTA.

UPDATE: NYPD has closed Columbus Circle to traffic. These detours are now in effect again. https://t.co/MU6nH83AW2