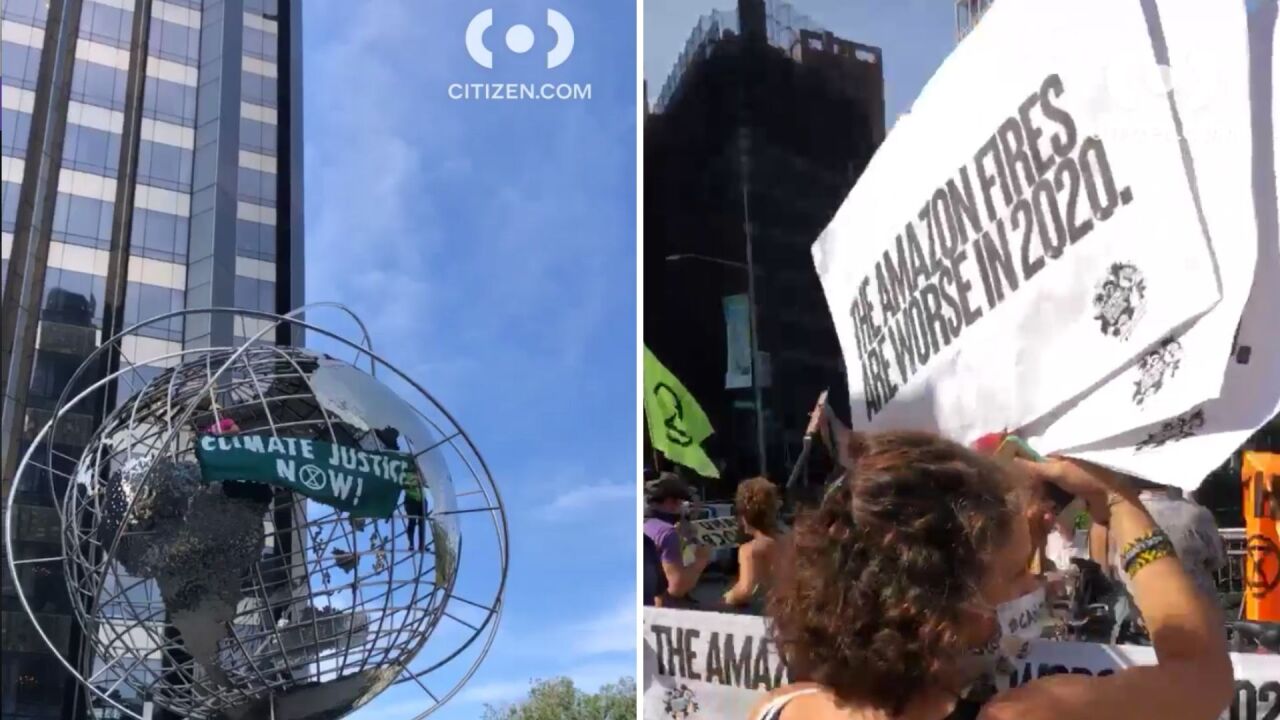 Protesters inside the globe hung a sign that read "Climate Justice Now."

Video shows demonstrators, some dressed all in red, march through Central Park.

Protest organizers Extinction Rebellion NYC wrote on Facebook that the demonstration was "to grieve the Earth, demand a system change, stand in solidarity with Refuse Fascism NYC and Defend Democracy of Brazil, and march for the right to a just, sustainable future."

Police have not yet filed charged against the people taken into custody.