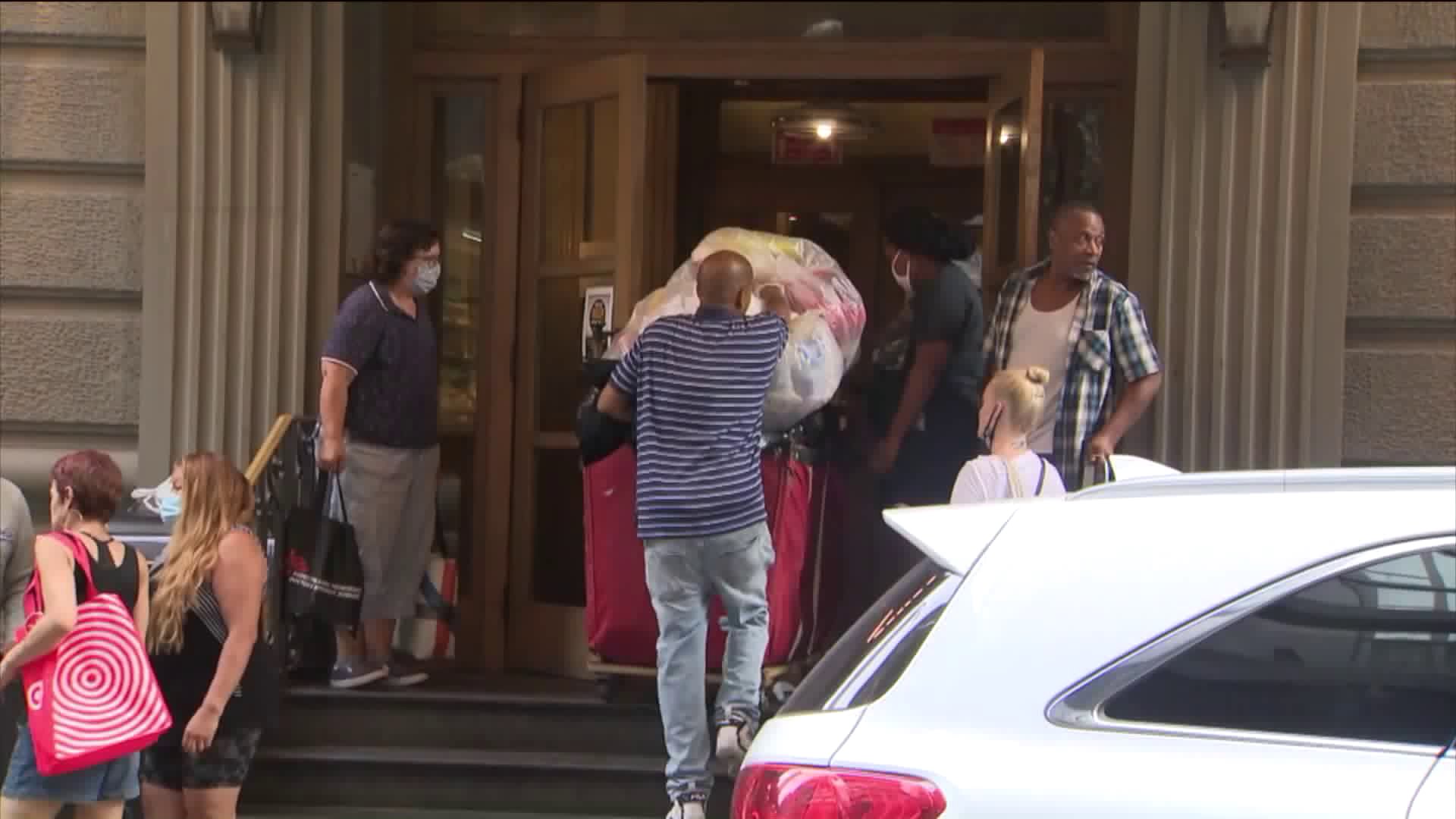 Workers from a non-profit organization arrived with meals in hand Thursday night to the Harmonia homeless shelter in Chelsea, ready to feed hungry residents.

CHELSEA, Manhattan — Workers from a non-profit organization arrived with meals in hand Thursday night to the Harmonia homeless shelter in Chelsea, ready to feed hungry residents.

To be clear, this is not normal but these resourceful residents, who have so far fought off Mayor Bill de Blasio’s efforts to have them transferred in a larger citywide shelter shuffle plan, woke up Thursday morning complaining about a lack of food.

Beth Hofmeister is a Staff Attorney for the Legal Aid Society’s Homeless Rights Project, who says de Blasio has been shortsighted.

“He makes a decision and doesn't really consider just the far-reaching impact this has on the people that he's making the decision about and that's the case here," said Hofmeister. "The shelter provider understood that they would be closing and so they did not order food indefinitely. They stopped an order."

The Harmonia shelter residents took matters into their own hands and arranged for outside food deliveries.

“I reached out to a local church that I used to volunteer with, they were willing to send us food," said resident Michael Bonano.

There’s a growing chorus of criticism aimed at the de Blasio administration’s handling of the homeless crisis during the ongoing coronavirus pandemic, specifically the perception that the mayor is moving shelter residents without regard for the social service needs of the homeless, or the concerns of the residents living in less affluent neighborhoods.

“The people of Queensbridge are right to say 'why are you treating rich white people on the Upper West Side one way and treating us a different way'," said Queens Councilman Jimmy Van Bramer.

The latest voices, as we reported Wednesday night, are coming from residents living in the Queensbridge public housing development.

“We don't hate the lomeless and a lot of these men and women are not getting the services that they're supposed to get," on resident told PIX11 News.

The residents just want the mayor to take action.

“I would like the mayor to take a step in my shoes and actually step down from Gracie Mansion and take his family and stay in a shelter for a week," said Bonano. "We're homeless but we're still human."