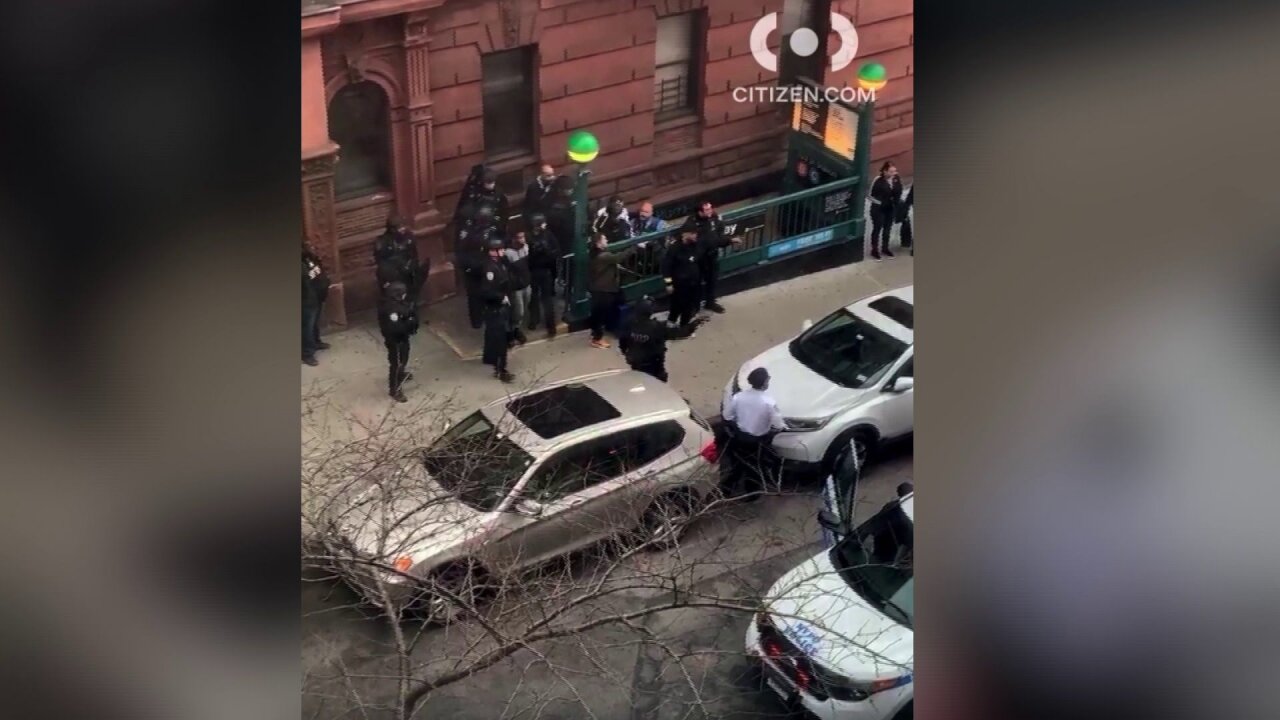 Video from the Citizen App shows a large police presence outside the Upper West Side subway station.

UPPER WEST SIDE, Manhattan — Fear and confusion took over a Manhattan subway station Saturday afternoon when the brakes were pulled on a subway train amid rumors that a commuter had a gun, though those rumors proved to be unfounded.

Police were called to the subway station at 103rd Street on the Upper West Side after a train's brakes were activated, according to the MTA.

Power was shut off on the subway station, police and an eyewitness told PIX11. Trains were held for at least an hour during the investigation, the NYPD said.

"Some guy claimed he had a gun on the train and they shut all of this s--- down," a Twitter user that claimed to be on the train posted.

A police spokesperson said a man was arguing with his girlfriend on the subway when he "simulated" a firearm on the D train at Central Park West and 103rd Street. A fearful passenger pulled the emergency brakes, police said.

The man did not have a gun, but was taken into custody, police said.

Southbound A, C and D trains were affected as the NYPD responded, according to the MTA. Service has since been restored, though extensive delays are to be expected.

There were no reported injuries, police said.

"Threatening riders with a gun on the subway is a serious crime and will be met with an equally serious response," an NYPD Transit official said in a tweet. "Our Emergency Service Unit, Transit Bureau Anti-Terrorism Unit and patrol officers are well poised to mitigate threats on public transit and elsewhere."