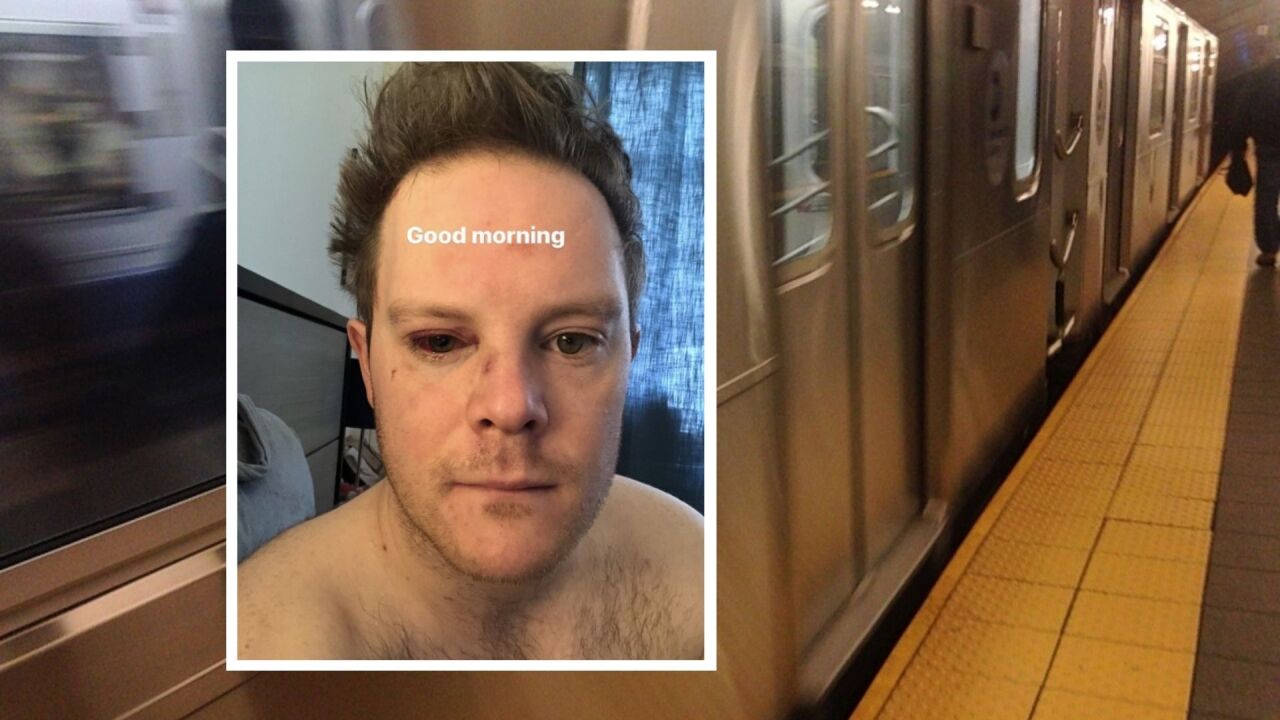 Alex Weisman / @xelawuu on Instagram
Broadway actor Alex Weisman, 33, was the victim of an unprovoked attack at the 103rd Street subway station along the B line Tuesday, Nov. 17, 2020, police sources todl PIX11.

UPPER WEST SIDE, Manhattan — Police are investigating after a Broadway actor was the victim of an unprovoked attack in a Manhattan subway station Tuesday.

According to the NYPD, the assault occurred as the 33-year-old victim was exiting a downtown B train at the 103rd Street station on the Upper West Side.

As he exited the train, an unidentified man came up and started punching him in the face, authorities said.

Police sources confirmed the victim as actor Alex Weisman, who most recently was part of the original Broadway cast of "Harry Potter and The Cursed Child."

An injured and bleeding Weisman got back on the train to escape and rode it one more stop, exiting again at 96th Street, where two women came to his aid, police said.

The women helped him to the station manager's office, where EMS soon responded and took Weisman to the hospital.

The actor was treated for multiple injuries to his eye, police said.

Weisman posted the above photo of his injuries on his Instagram Story Thursday morning.

No arrest. had been made as of Friday morning.