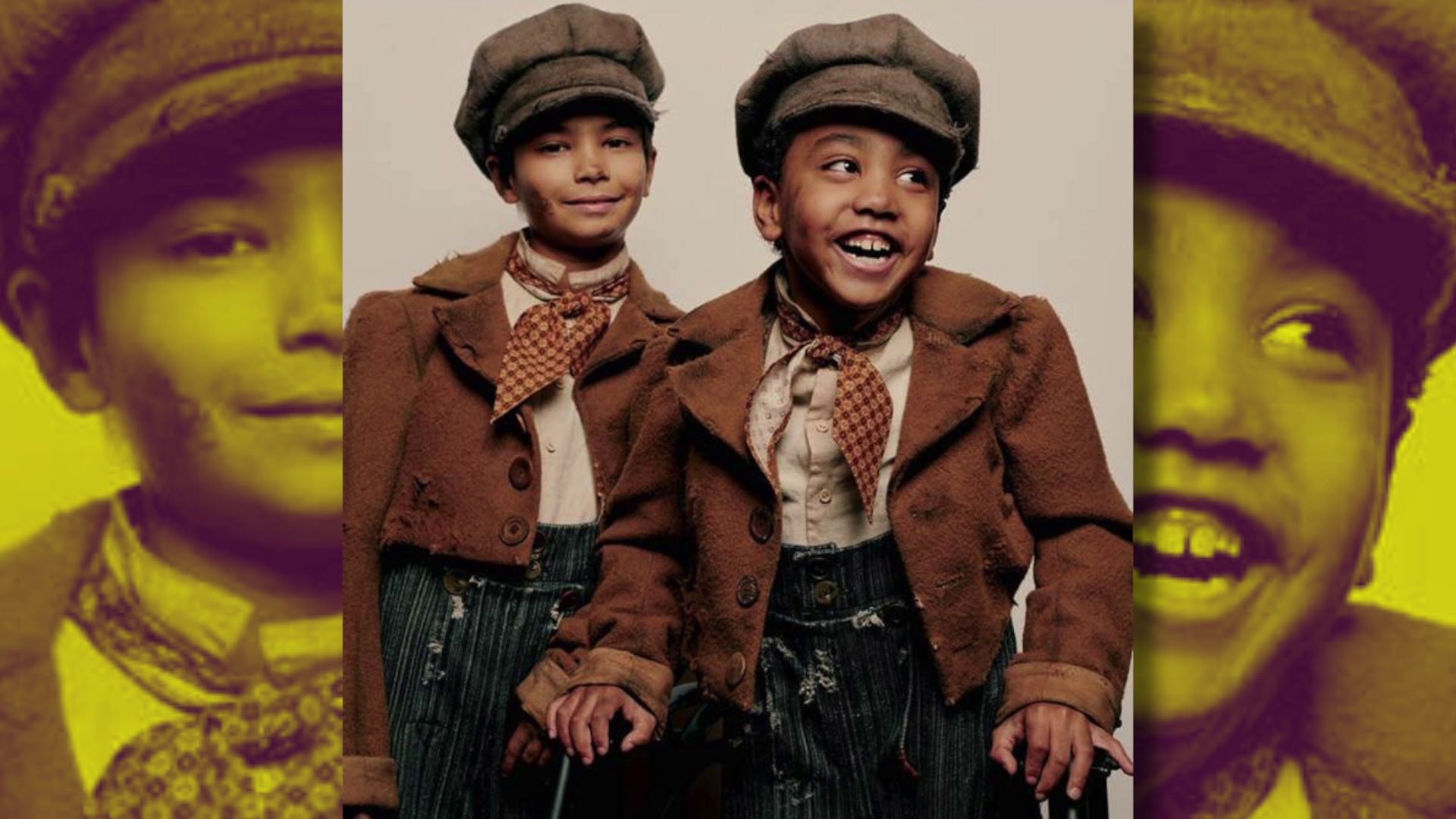 Two boys with cerebral palsy have been starring as Tiny Tim in this holiday season's Broadway revival of "A Christmas Carol."

MIDTOWN MANHATTAN — Two boys with cerebral palsy have been starring as Tiny Tim in this holiday season's Broadway revival of "A Christmas Carol."

The duo have become close friends. The friendship of 8-year-old Jai Srinivasan and 7-year-old Sebastian Ortiz was born out of playing together, dancing together and starring on Broadway together.

"Jai is my best friend. We always hang out together," said Ortiz.

Srinivasan shared some of the things they enjoy.

"We play video games," he said. "We both like the same things. It goes on and on. I really like him."

Each boy had little acting experience prior to nabbing the coveted role. Srinivasan modeled for Tommy Hilfinger's adaptive clothing line. Ortiz has taken adaptive dance and acting classes. Both are thrilled to be on stage.

“When I got the part I was freaked out and I was so happy," said Ortiz.

“It’s crazy, I don’t even get nervous now cause I’ve done it so many times. It’s like free throw," said Srinivasan with a huge smile.

The Charles Dickens classic tells the tale of miserly Ebenezer Scrooge, who is visited by the spirits of Christmas Past, Present and Future. Tiny Tim, the son of Scrooge’s worker Bob Cratchit, is a happy but terminally ill little boy. His father is overworked and underpaid by Scrooge and the family can’t afford to pay for the child’s medical care. Advocates have applauded the authentic representation in the casting of the Ortiz and Srinivasan. Their moms say their condition doesn’t limit them.

"He actually doesn't think his disability really is any part of him, it happens to be something he has, but it's not who he is," said Kate Sowerwine, Jai's mom. "What makes him feel good about himself is actually making others feel good by acting and giving the emotions. He loves the reactions of the crowd. He makes them laugh and cry all in the same scene."

She's not alone in feeling pride.

"It's so sweet to see Sebastian doing something that he's happy and he finds himself giving joy to others also," said Idalia Ortiz, Sebastian's mother.

Srinivasan walks with a limp and wears an arm brace. Ortiz uses a walker and has orthotics on both legs.

"He's a happy, loving child and he feels really good about himself and that's all you want as a parent, is for your child to feel good about themselves," said Sowerwine.

Each child stars in four shows a week. The boys share a dressing room and while one is on stage, the other is cheering him on from backstage. Srinivasan lives in Virginia and his parents have been traveling back and forth with him so he can star in the musical. Ortiz hails from Washington Heights and has attended Broadway shows.

“I was like 'oh my God I really want to be on Broadway.' And then I started rehearsing my lines again and again and again," said Ortiz. "Then I got the part."

Tiny Tim is a small but pivotal role. The character symbolizes hope and innocence. Many would agree that Srinivasan's and Ortiz's portrayal represents so much more.

"I see Tiny Tim as hopeful, happy but he (just happens to have) a disability," said Srinivasan.

"Sometimes I smile when I'm doing my bows and it's so much fun," said Ortiz.

"A Christmas Carol" runs through Jan. 5.Both Ortiz and Srinivasan say they want to continue acting and make a career out of it.