Boy, 7, choked on Upper East Side street after leaving school 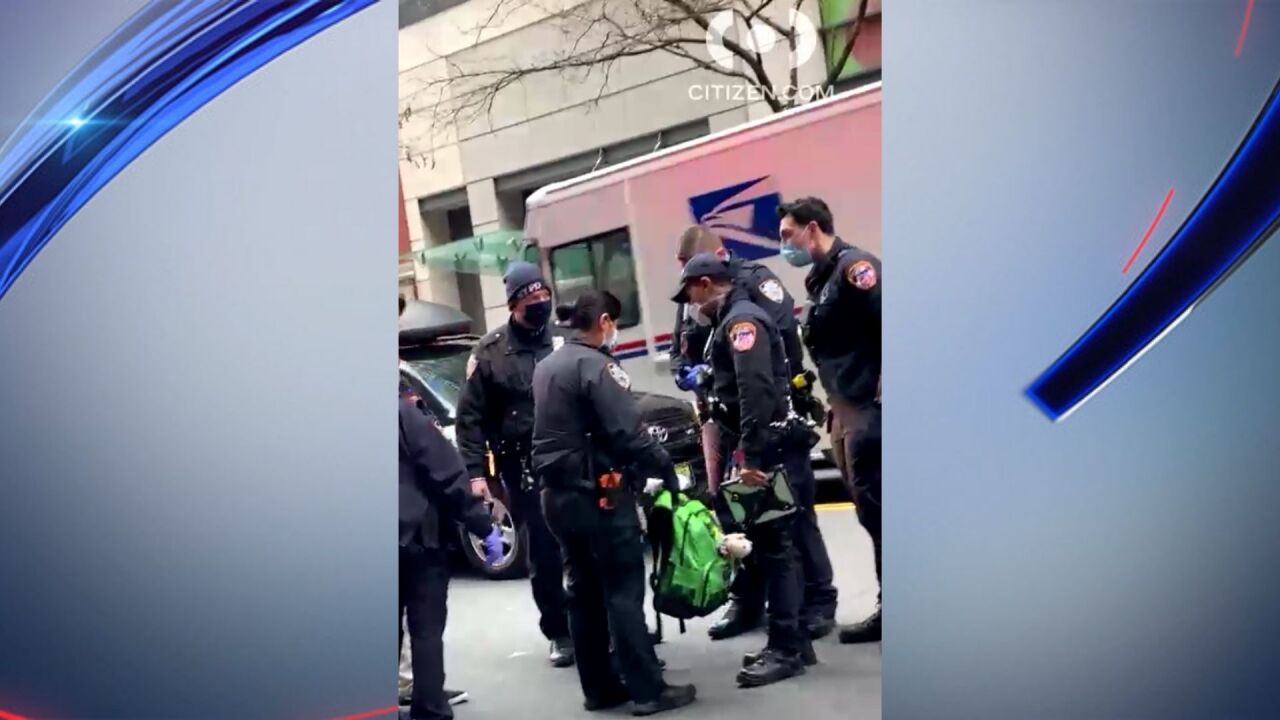 Citizen App
Police arrested a 54-year-old man who allegedly attacked a 7-year-old boy on the Upper East Side on Jan. 11, 2021. (Citizen)

UPPER EAST SIDE, Manhattan — A 7-year-old boy headed to a subway station after school was attacked on Monday afternoon, police said.

He was on East 86th Street near Second Avenue around 2:45 p.m. with his older brother when John Sheppard, 54, allegedly choked him, knocking him to the ground.

"I'm going to kill you," Sheppard allegedly said, according to an NYPD spokesman.

The boy was taken to a local hospital and treated for lacerations to his neck, officials said. His brother was not injured.

Police arrested Sheppard on charges of reckless assault on a child, strangulation, harassment and acting in a manner injurious to a child.