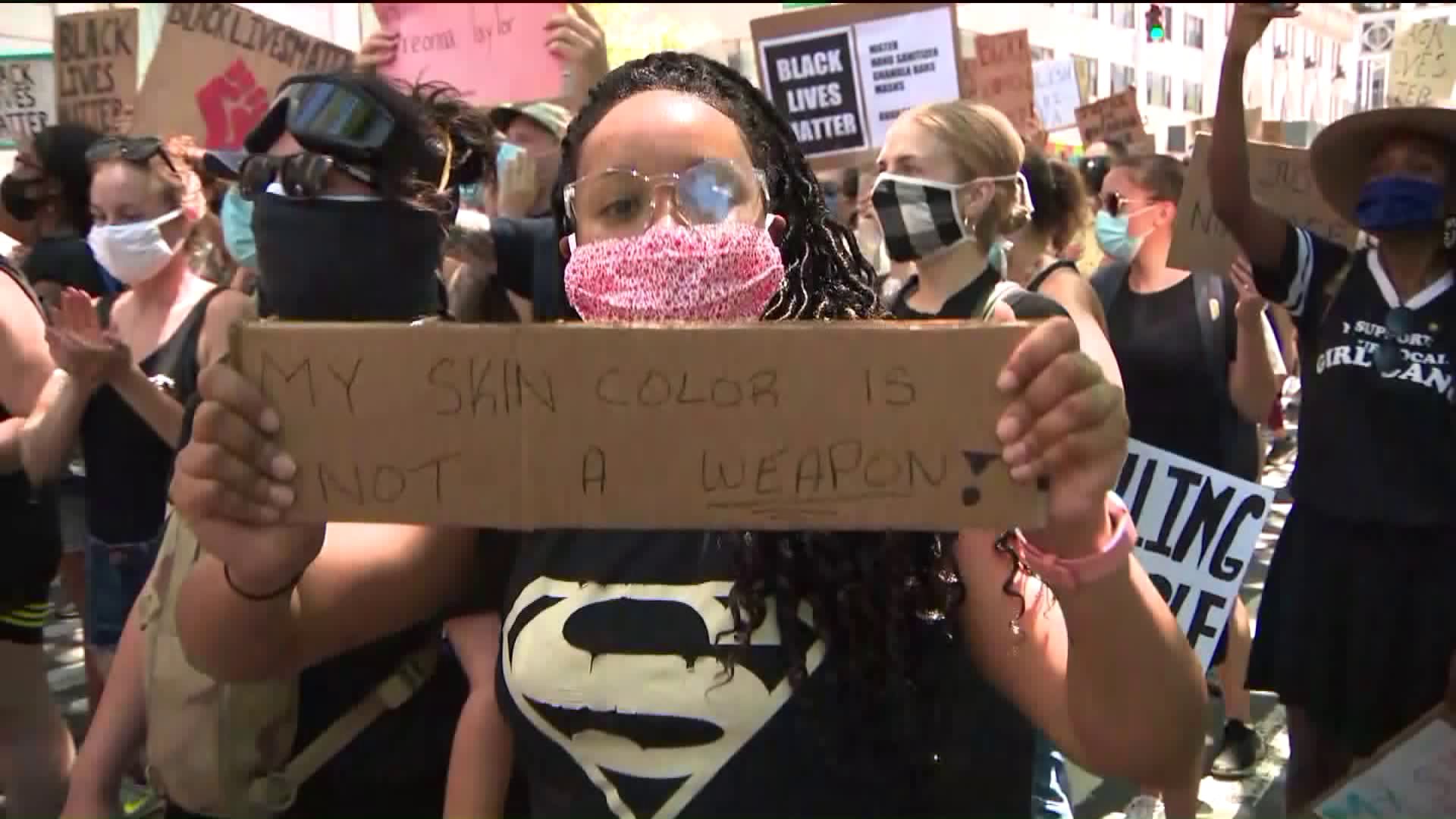 The march began at Trump Tower and finished at Gracie Mansion

MANHATTAN — Hundreds turned out for the Black Women’s Empowerment March in New York Friday, gathering outside of trump tower in midtown, marching to Gracie Mansion on the upper East Side.

Many of them chanted, “black women matter” and “black lives matter.“

“Black women have supported everyone since the dawn of America. It’s time to let us have our moment and be in solidarity with our black sisters who have been murdered at equal rates as men,” said protester Alyssa Smith.

Over the last two weeks, people across the country — including in New York City — took to the streets unleashing decades of racial tension with police, ignited by the death of George Floyd, turning a moment into a movement for change and equality.

“This is empowering and inspiring, knowing we are truly controlling the narrative here and the entire world,” said Aloaye Tisor, who’s part of Strategy for Black Lives.

Ethan Anderson, another protester said, “I think we’re starting to see some changes in policies. It’s working, the issues are getting the attention they need.”

It took about a week to arrest the officer who sat on George Floyd’s neck for eight minutes and 46 seconds, the confederate flag has now been banned from NASCAR, police have gotten down on one knee with protesters in support of Black lives and against racial injustice, police reform is underway, and businesses of all kinds are waking up.

Still, according to protesters, there’s still more work to do.

“I don’t think we’re gonna stop until we get what we want: the police need to be defunded and everyone needs to be held accountable especially white people,” said Kelley Heyer, another protester.