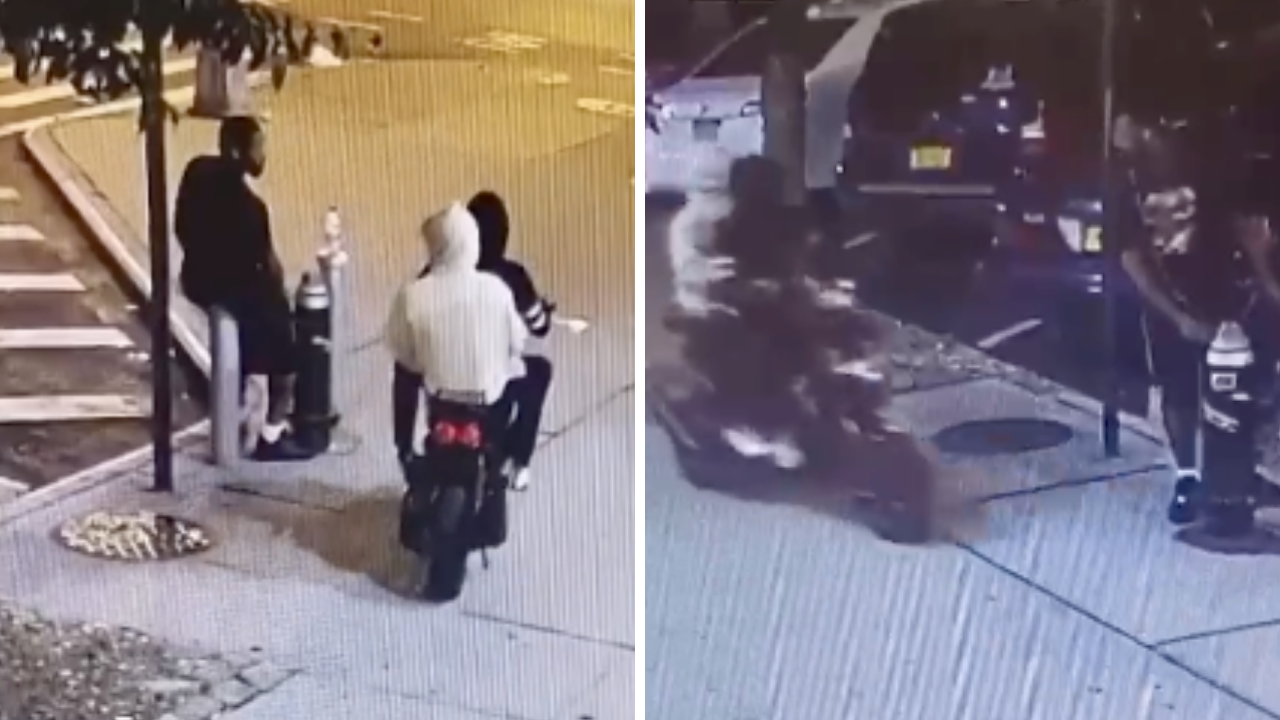 A law enforcement source confirmed these images show the moments before a man was fatally shot in Washington Heights on Sept. 2, 2020. (Provided)

The brazen killing, which a law enforcement source confirmed was captured on surveillance footage that had been given to PIX11, showed the victim strolling on a sidewalk, looking at his cellphone and wearing ear buds, outside the McGonnell Funeral Home on St. Nicholas Avenue near West 173 Street. Police said the shooting happened just after 11 p.m.

The victim's aunt identified him as Joshua Melendez, 26, an aspiring rapper who went by the stage name “Jay Hundoz.”

The surveillance video showed Melendez had just sat down on a fire hydrant when the moped carrying two men arrived at his side. When Melendez turned to look at them, the moped's passenger, a person seen wearing a white-hooded sweatshirt, fired a gun at Melendez before the moped driver sped away.

Melendez was then seen trying to run away.

After falling to the ground once, he got up again and tried to run again, but he collapsed on the street.

An ambulance took him to the hospital where he was pronounced dead on arrival, police said.

Editor's note: While the full encounter was captured on multiple surveillance video angles, PIX11 is choosing not to show the moment Meledez was shot.