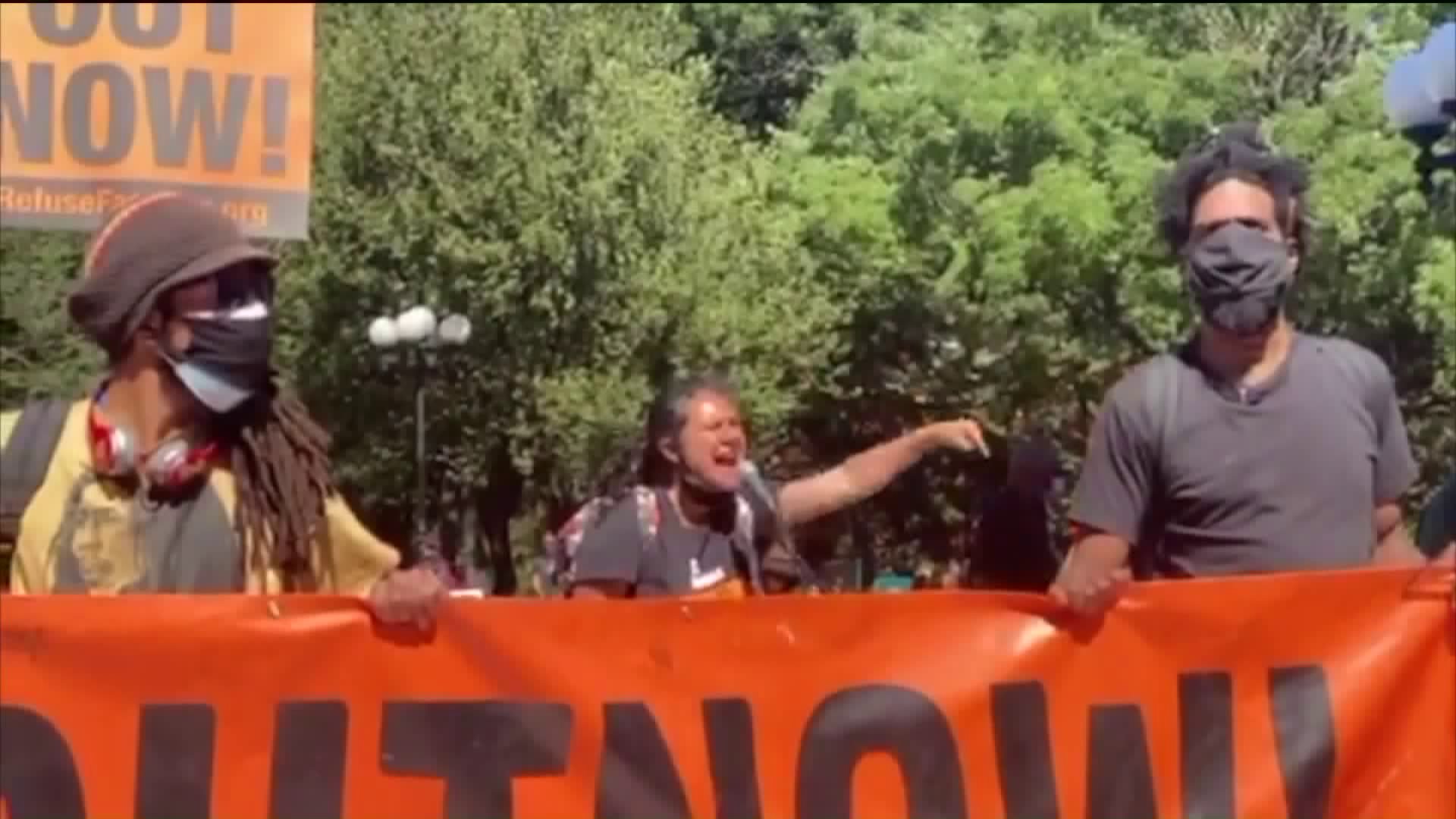 They took to the streets in Manhattan and in more than 25 other cities across the country.

MIDTOWN, Manhattan — They took to the streets in Manhattan and in more than 25 other cities across the country.

The group “Refuse Fascism” is organizing a nationwide anti-President Trump protest for the next 60 days.

They marched in Manhattan starting at 2 p.m. and grew close to 1,000 protesters when they merged with another group.

“You are where you are meant to be, where you need you to be today,” Carl Dix, one of the speakers, told the demonstrators. “We are acting together in more than 25 protests of Trump/Pence out now,” he added.

When the group finally ended in Washington Square Park after five hours there was a huge Donald Trump puppet near the fountain and an unrelated group was dancing to the song “Rescue Me”.

The organizers say this is just the beginning.

“We are beginning 60 days of struggle to get Trump/Pence out of office,” Emma Kaplan, one of the organizers of the New York chapter of Refuse Fascism, told PIX11 News. “We are organizing millions in the street because Donald Trump is trying to steal the election and hammering into place a fascist America,” she added.

Do these organizers worry that their growing protests will just play into the president’s narrative of Democratically-led cities being overrun by demonstrations and protesters?

“Trump is instigating the more dangerous side,” Sabel, who uses just one name and is one if the organizers, told PIX11 News. “He’s the one backing the 2nd amendment vigilantes who say how dare you come out and protest Black Lives Matter,” she added.

The NYPD says there were no arrests at these demonstrations.