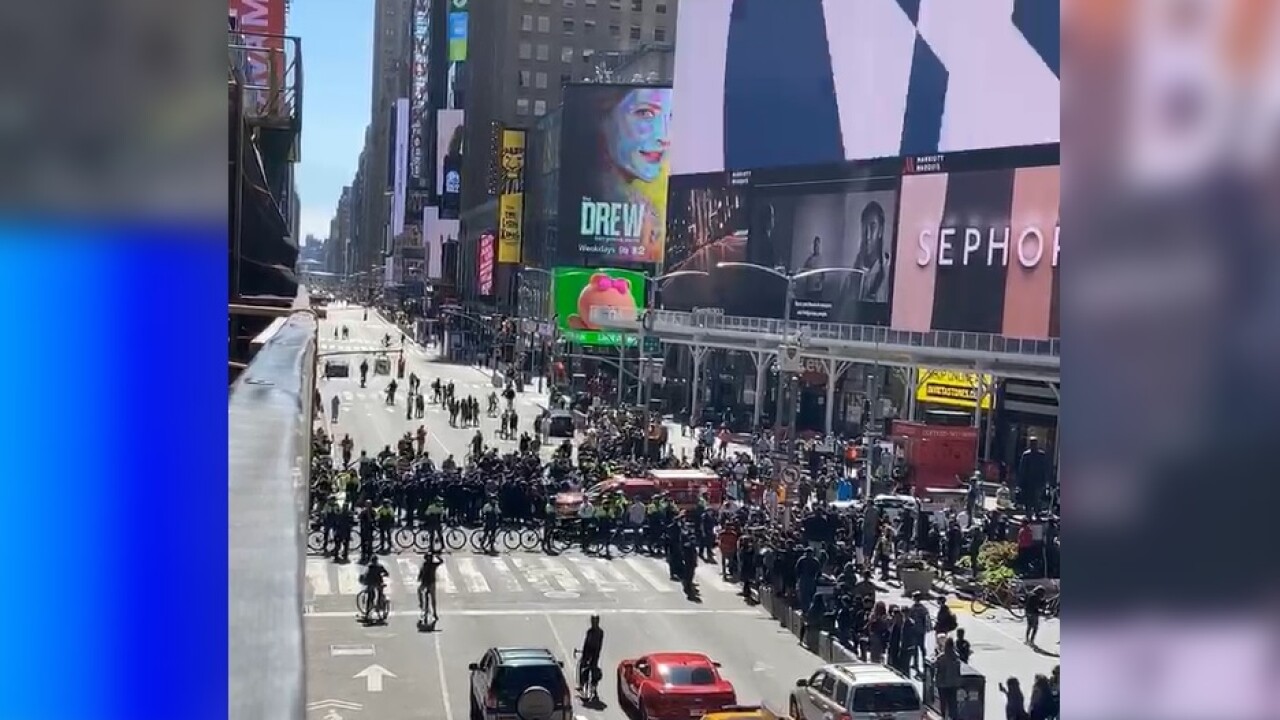 Many protesters criticized ICE's treatment of immigrants, including recent claims that migrants were subjected to questionable hysterectomies at a detention center in Georgia.

Others shouted “Black lives matter” and “abolish the police.”

At least a dozen of the arrests took place after protesters refused to move from a street, where they were blocking traffic, WINS-AM reported.