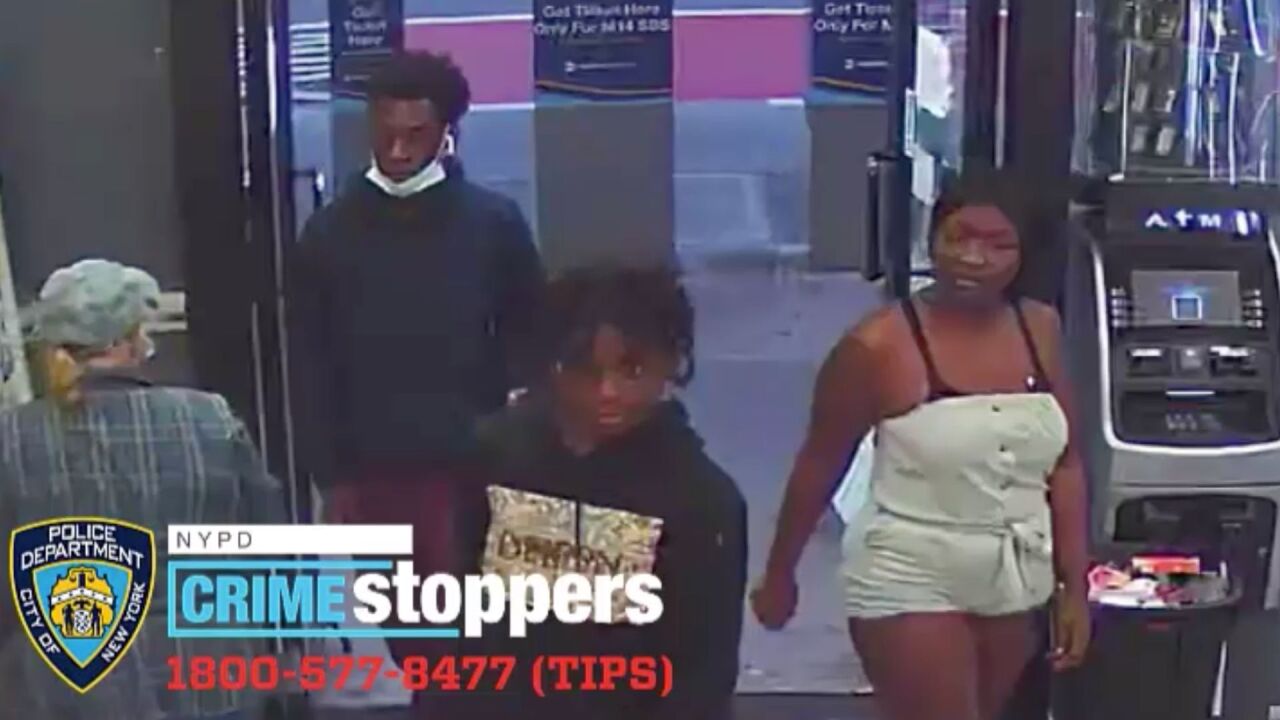 NYPD
Surveillance images of a three teens wanted by police after a 74-year-old woman was robbed and punched in the face in Manhattan's East Village on Thursday, Sept. 3, 2020, police say. 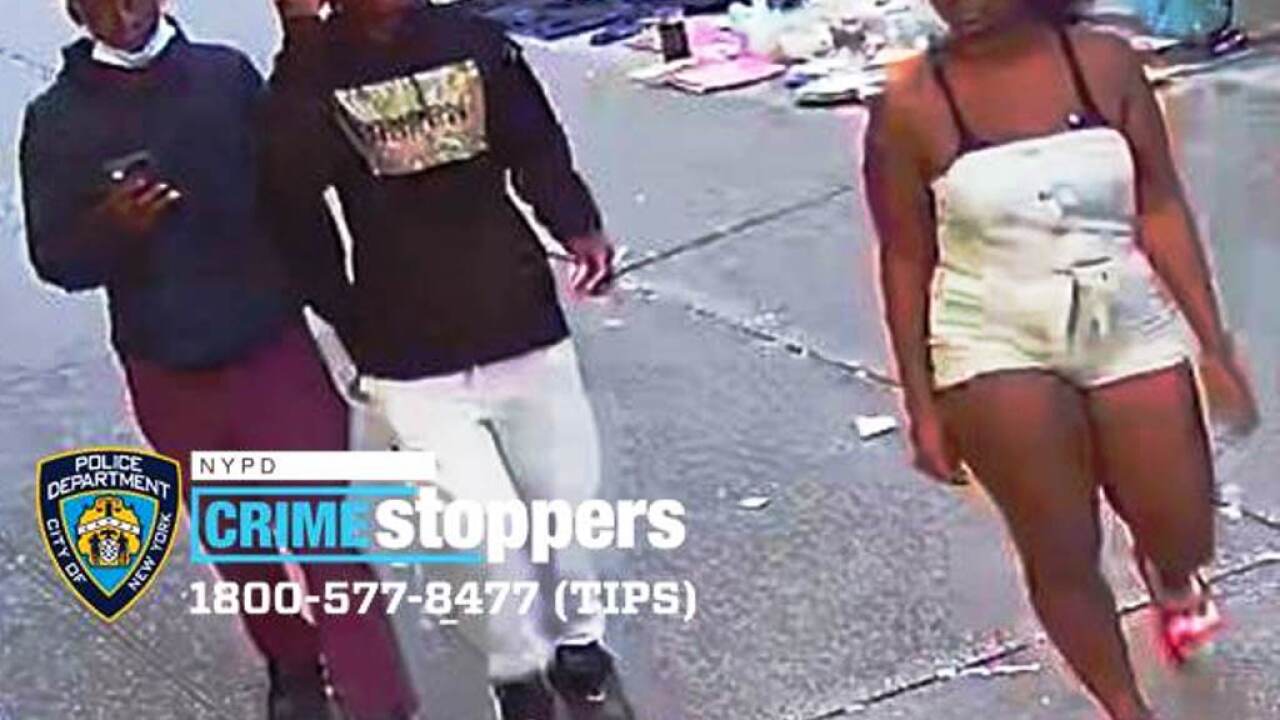 EAST VILLAGE, Manhattan — Police are looking for three teens after a woman was assaulted while confronting the teens for taking her purse on a Manhattan street, according to the NYPD.

According to police, the 74-year-old woman was standing on East 14th Street in the East Village around 7 p.m. Thursday when the three unidentified teenagers walked by.

One of the boys snatched the woman's purse and the trio kept walking, officials said.

When the woman noticed her purse was gone and tried to confront them, another boy in the group spun around and sucker punched her in the face, police said.

Surveillance video shows the moment the hit sent the woman falling to the sidewalk as the teens dropped the purse and ran away, fleeing in an unknown direction.

SHOCKING VIDEO: A 74-year-old woman was punched in the face when she confronted a group of teens for snatching her purse on a Manhattan street, police say

While the woman sustained bruising and swelling to her face, as well as cuts and scrapes to her hands, she refused medical attention, police said.

The NYPD described the first individual as a boy between the ages of 14 and 16 with a thin build and short, dark hair in dreadlocks. He was last seen wearing a black hooded sweatshirt with a picture on the front, light-colored sweatpants, and black sneakers.

The second boy was described as between the ages of 16 and 18 with a thin build and short, dark hair. He was last seen wearing a blue hooded sweatshirt, maroon sweatpants, black sneakers and wearing a surgical mask.

The third teen was described as a girl between the ages of 14 and 16 with long black hair. She was last seen wearing a light-colored one-piece jumpsuit, a black sports bra, and red Fila sandals.

The NYPD has released the above surveillance video and images from the incident.