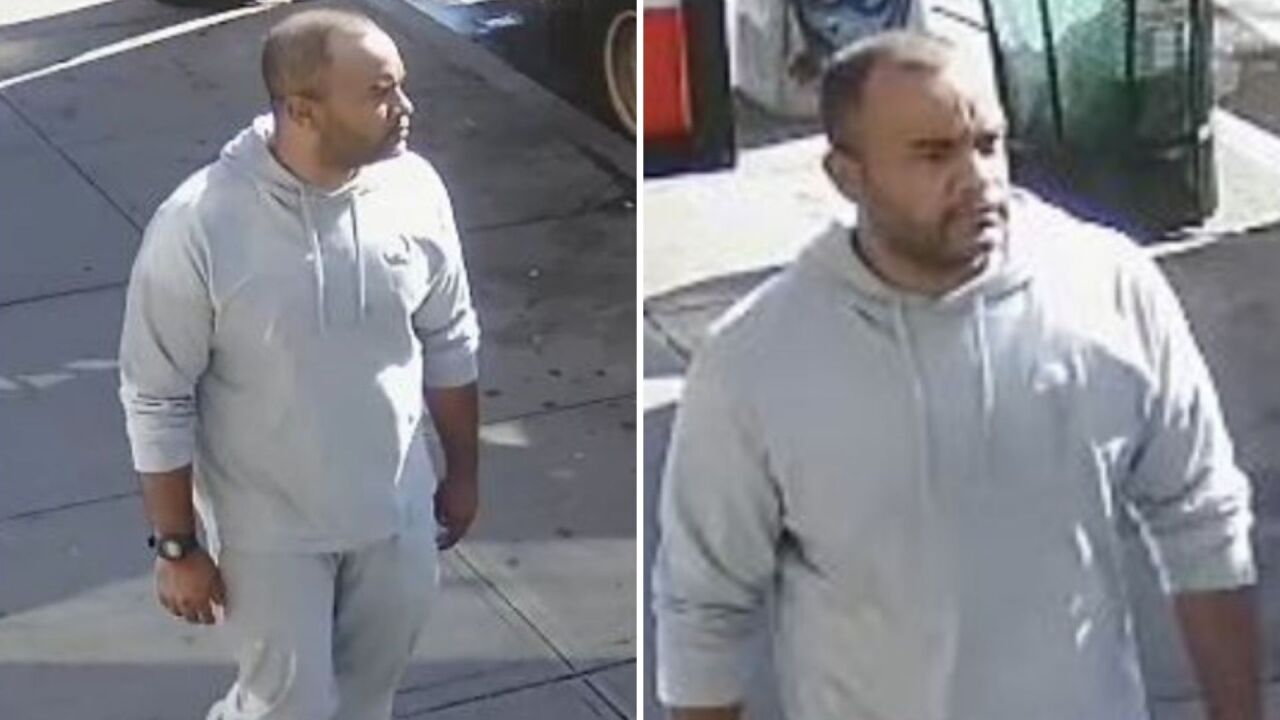 NYPD
Surveillance images of a man wanted by police after a 70-year-old man was punched in the face in an unprovoked attack on West Houston Street in Manhattan's Greenwich Village neighborhood on Saturday, Nov. 7, 2020, the NYPD said.

GREENWICH VILLAGE, Manhattan — Police are looking for a man they say randomly attacked a 70-year-old man on a Manhattan street on Saturday afternoon.

The victim was walking on West Houston Street, a few blocks east of Sixth Avenue, just past noon when an unidentified man approached him and punched him in the face before fleeing on foot, according to the NYPD.

Police said no words were exchanged in the seemingly unprovoked attack.

EMS took the man to a nearby hospital for treatment of a laceration across his face, authorities said.

The NYPD released the above surveillance images of a man they're looking for in connection to the assault.