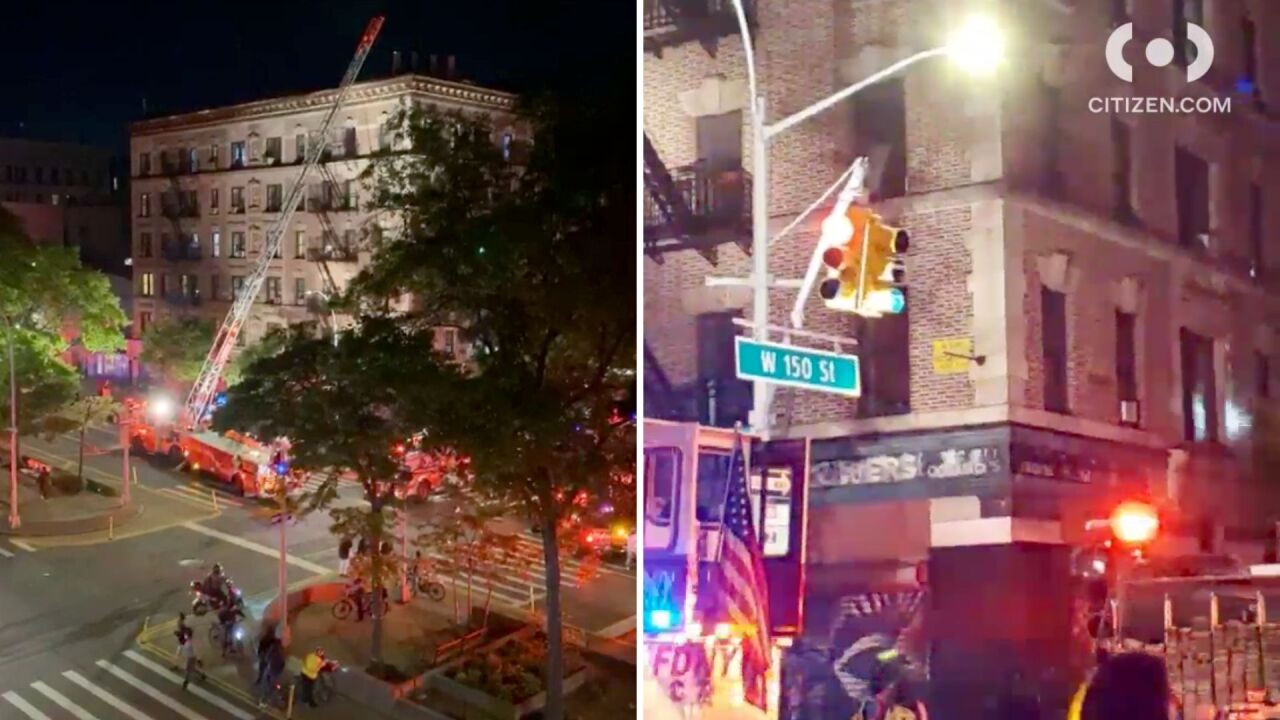 Citizen App
Seven people were injured when flames broke out in a Hamilton Heights apartment near West 150th Street and Broadway around midnight Thursday, May 21, 2020, the FDNY said.

HAMILTON HEIGHTS, Manhattan — Three people are fighting for their lives and others were injured when flames broke out in a Manhattan apartment early Thursday, officials said.

The FDNY said the call came in around midnight for a fire in an apartment at 569 West 150th St., near Broadway, in the Hamilton Heights neighborhood of Harlem.

Three civilians were hospitalized with serious, life-threatening injuries, while two other civilians were injured but refused medical attention at the scene, authorities said.

Two firefighters also sustained minor injuries, according to the FDNY.

Fire officials said the fire was placed under control at 12:50 a.m. and the cause is still under investigation.