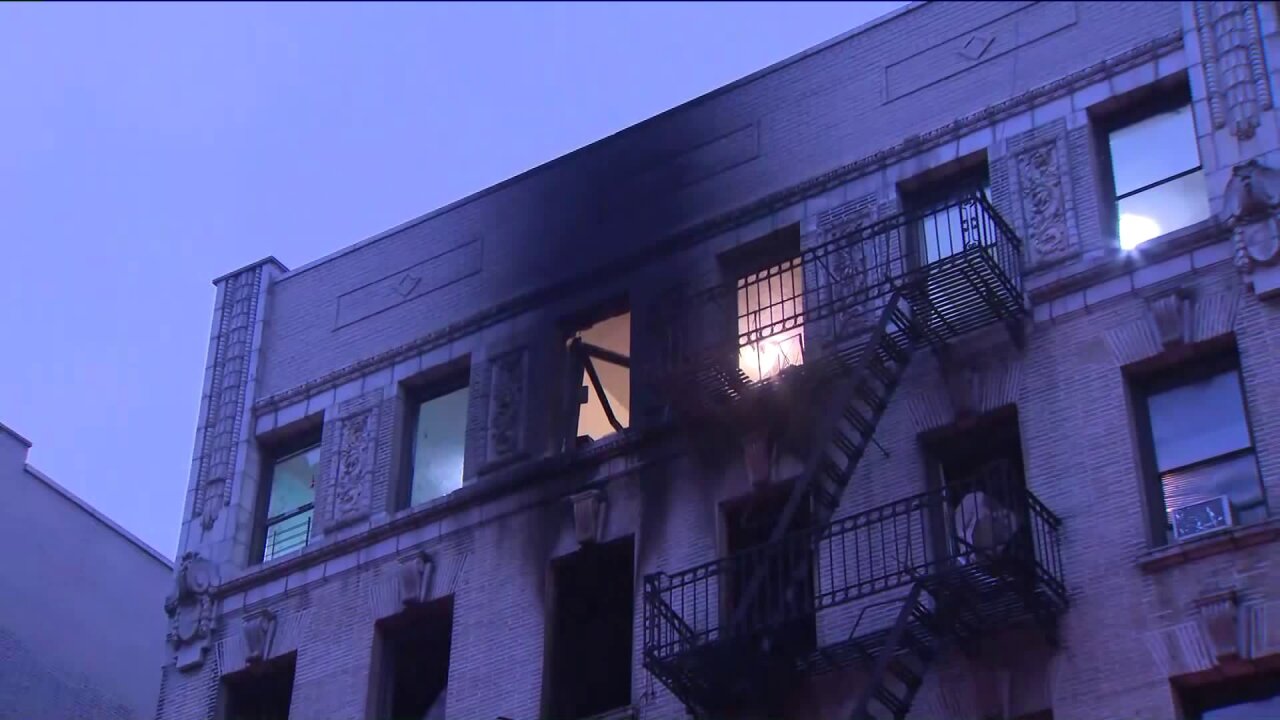 PIX11 News
Aftermath of an apartment fire in the Washington Heights neighborhood that left at least 10 injured Tuesday morning, Sept. 29, 2020, the FDNY said. 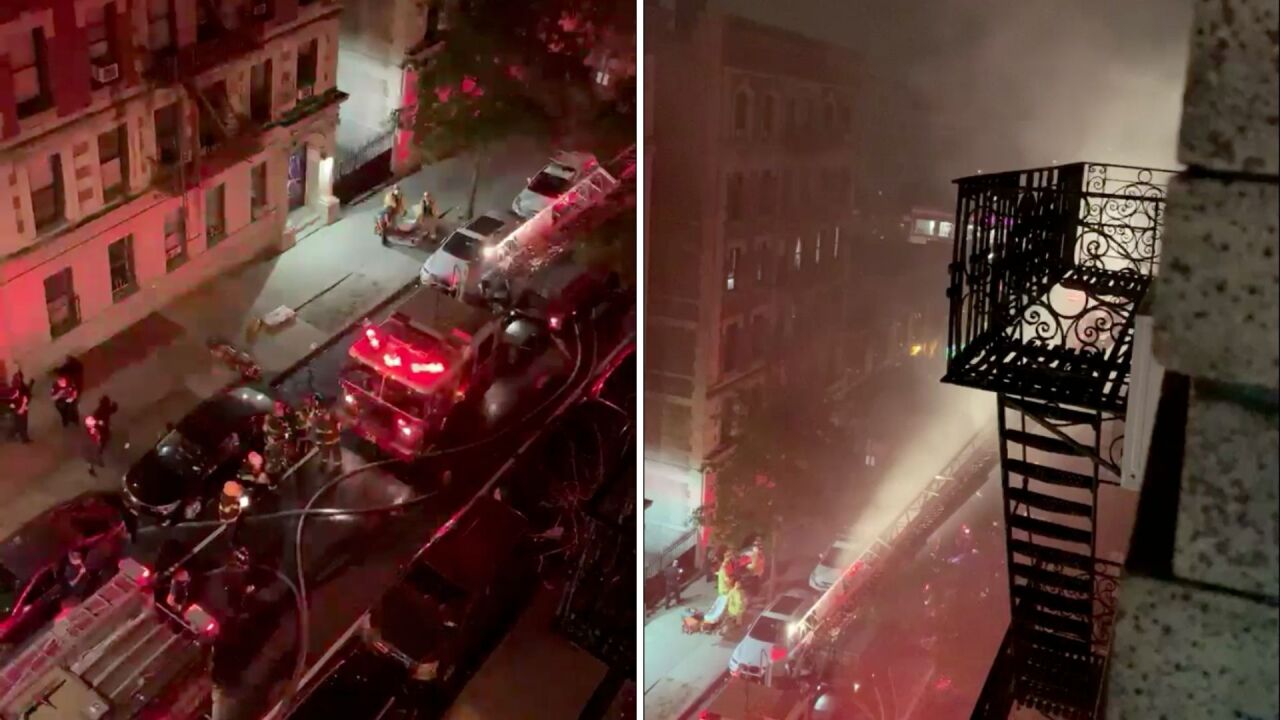 WASHINGTON HEIGHTS, Manhattan — A child was one of a dozen people firefighters rescued from a fire in an Upper Manhattan apartment building early Tuesday, according to the FDNY.

Fire officials said the blaze broke out around 4:30 a.m. in an apartment inside a residential building on West 158th Street, between Broadway and Amsterdam Avenue, in the Washington Heights neighborhood.

The fire started in a fifth-floor apartment and trapped multiple people on the building's top floor right above it, authorities said.

Over 100 firefighters responded to battle the blaze, which grew to a two alarm around 5:30 a.m., according to the FDNY.

Firefighters made their way to the roof of the building where they deployed two roof-ropes down to the sixth floor where residents were trapped, FDNY Commissioner Daniel Nigro said at a press conference Tuesday.

The FDNY said firefighters worked fast but cautiously to rescue people from the windows, lowering them safely to the ground below.

Watch: Video of the fire conditions that FDNY members faced as they performed two daring roof-rope rescues in the rear of the building this morning in Washington Heights. Read more: https://t.co/RUarI9Mpeo

Firefighter Jairo Sosa of Ladder 34 lowered firefighter Abe Miller of Ladder 23 down to a sixth-floor where he was forced to punch through the window to grab a 5-year-old girl and carry her to safety, fire officials said.

"It was tough but we did what we had to do, we didn't think twice about it," Miller said after. "This was my first roof-rope rescue," he added.

The FDNY tweeted Tuesday afternoon that the fire was deemed accidental and caused by an overloaded extension cord in an apartment.

They said the residence did have a working smoke alarm.