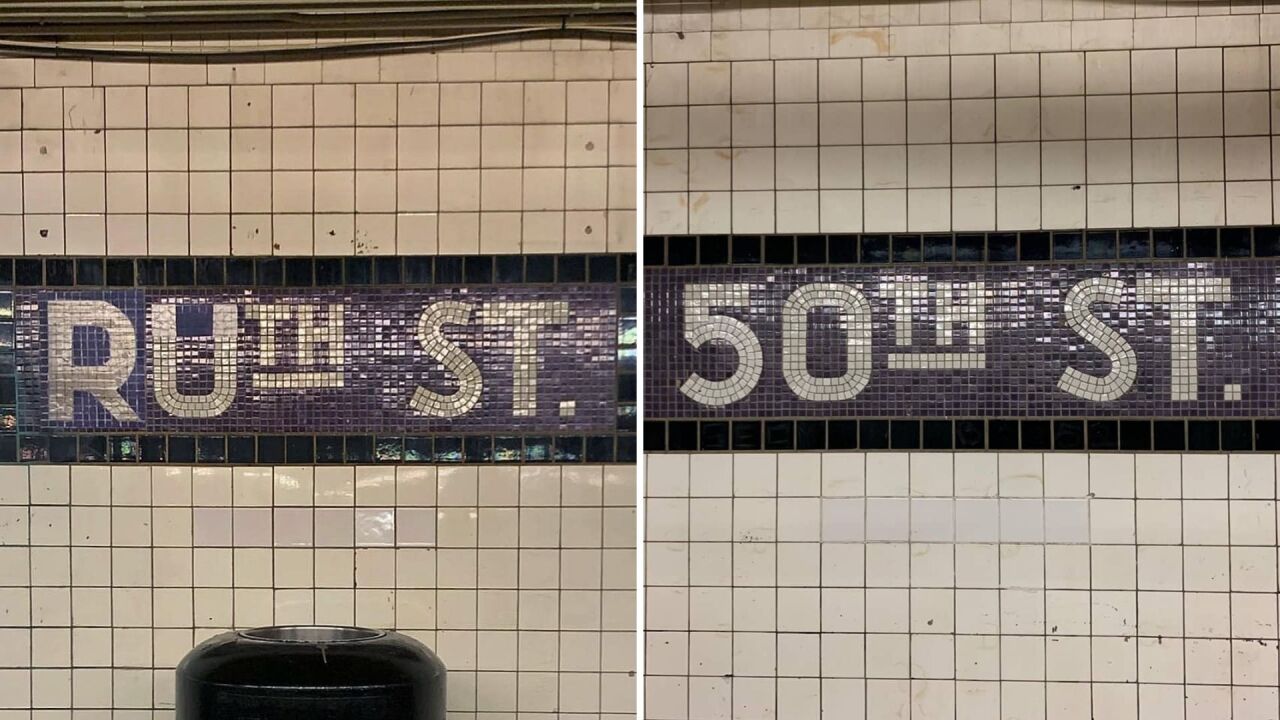 MANHATTAN — A Manhattan subway station has been unofficially renamed in honor of Supreme Court Justice Ruth Bader Ginsburg, who died on Friday.

The 50th Street subway station, which serves the C and E lines, was retiled by a visual artist on Saturday to read “Ruth St.”

Artist Adrian Wilson posted photos of the redesign on the Instagram account @plannedalism with the caption, “Let's have some young positive women filling that bench…”

Ginsburg will be honored in a more formal capacity at a later date. Gov. Andrew Cuomo announced on Saturday that the native New Yorker will be memorialized with a statue in her hometown borough of Brooklyn.

Ginsburg grew up in Flatbush and later graduated first in her class from Columbia Law School.

Ginsburg served nearly three decades as a fierce defender of the Supreme Court’s liberal wing. In recent years, she transcended the role of justice to become an American icon.

Ginsburg died on Friday of complications from pancreatic cancer. She was 87.